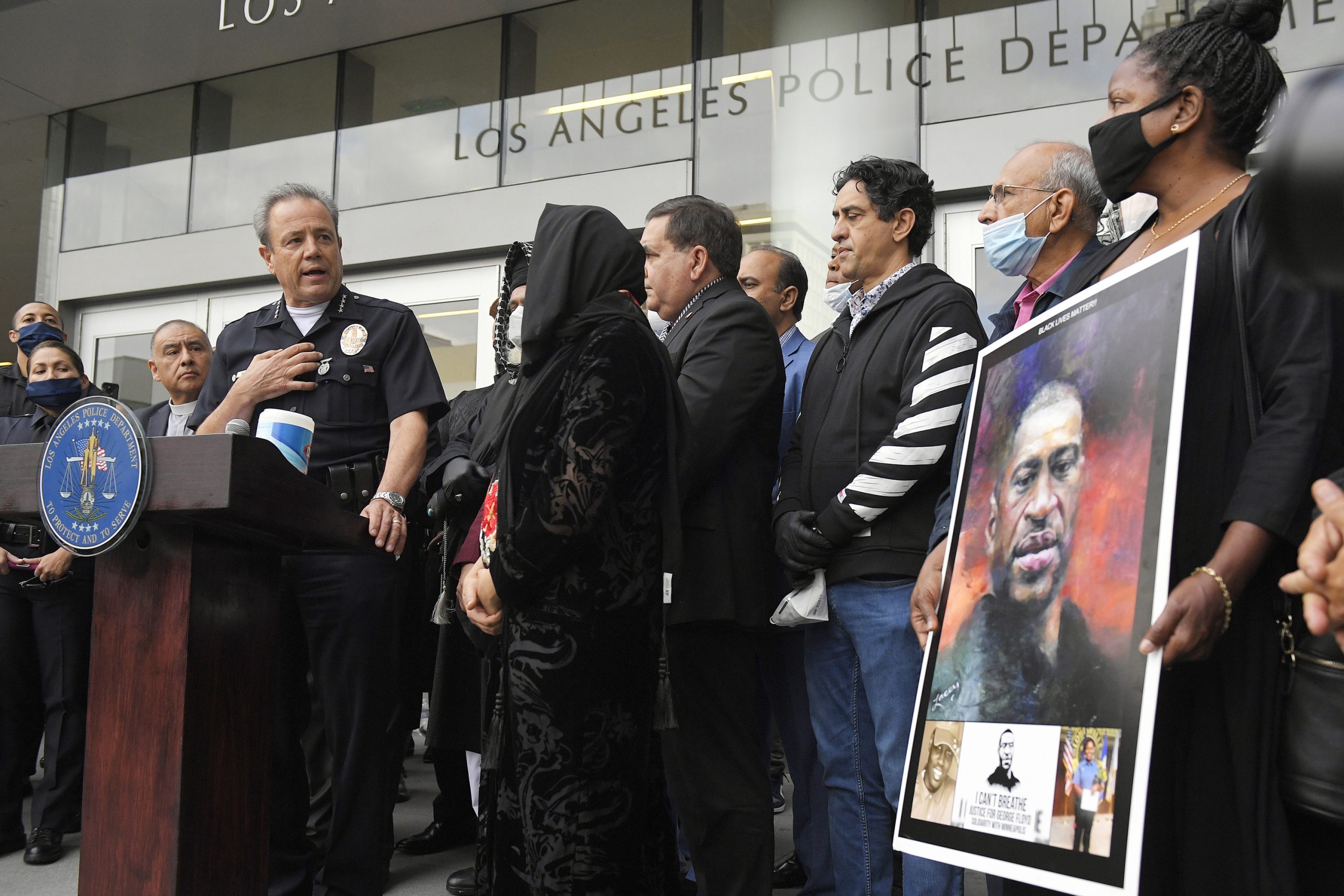 Los Angeles – The Los Angeles Police Department is investigating allegations that officers exchanged a photo of George Floyd with the text “You take my breath away” in the form of a Valentine card.

Police Chief Michel Moore warned Saturday that he is trying to determine how the photo got to the department and who was responsible, the Los Angeles Times reported. Moore said the agent who filed the complaint will be interviewed Monday.

“Our investigation seeks to determine the veracity of the allegations and confirms our promise to absolutely not tolerate any message containing racist views,” said Moore.

Floyd, a black man, died last May after a Minneapolis officer pressed his knee to his neck as Floyd repeated, “I can’t breathe.” His death sparked massive nationwide protests against racial injustice and police brutality.

Ben Crump, a lawyer for Floyd’s family, said Monday the family is outraged.

“This is an insult to our grief, an insult to their death. The level of callousness and cruelty of soul required to do something like this is beyond comprehension and is indicative of a much larger problem within the culture of the police department, ”Crump said. “We demand that everyone involved be held accountable for this disgusting behavior and that an apology be immediately issued to the family.”

If the investigation confirms that Los Angeles officers circulated the image, “they will meet my anger,” the police chief said.