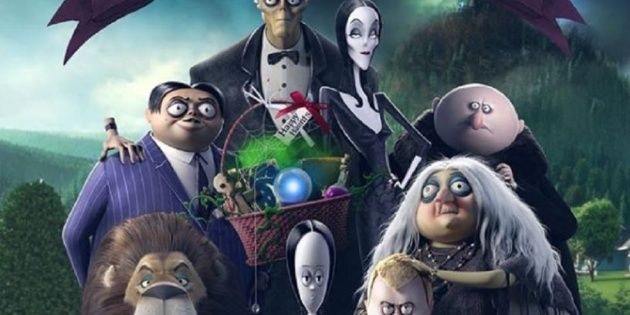 The cinema is a fundamental part of society, because a trip to the cinema can be a perfect date, either to go with the couple or with friends, so, to know which movie is the best for this week, here we talk about the premieres this week.

This week will pass the day of the dead and Halloween, two very marked festivities, which undoubtedly influence the premiere of certain films, such as Los Locos Adams. In this animated version Morticia and her family have to face a house change, but even more, the first problems and adolescent changes of Merlina.

In this comic Mexican movie we can observe the life of a young man who discovers that his father is not his true biological father, so he does everything possible to find him, and discovers that he is a former TV actor, who is now unsuccessful, which will try to help you have a better life.

Woody Harrelson, Jesse Eisenberg, Emma Stone, Abigail Breslin, Zoey Deutch star in this sequel, where warriors must face a new type of zombies and humans that have evolved since the first film, reaching the white house.

The movie starring Jennifer Lopez, talks about a group of former strippers who want to take revenge on their customers, cheating them, and will do everything possible to get them a lot of money.

It may interest you: Cinema: Ana de la Reguera will be the protagonist of 'The purge'

There are undoubtedly many options to be able to appreciate on the cinema screen this week, but, if you have not yet seen Joker, or Maleficent 2, do not worry, they will still be on the billboard, but do not take long, because they could take them off next week Well, as we mentioned at the beginning of this note, the best films come at the end of the year.