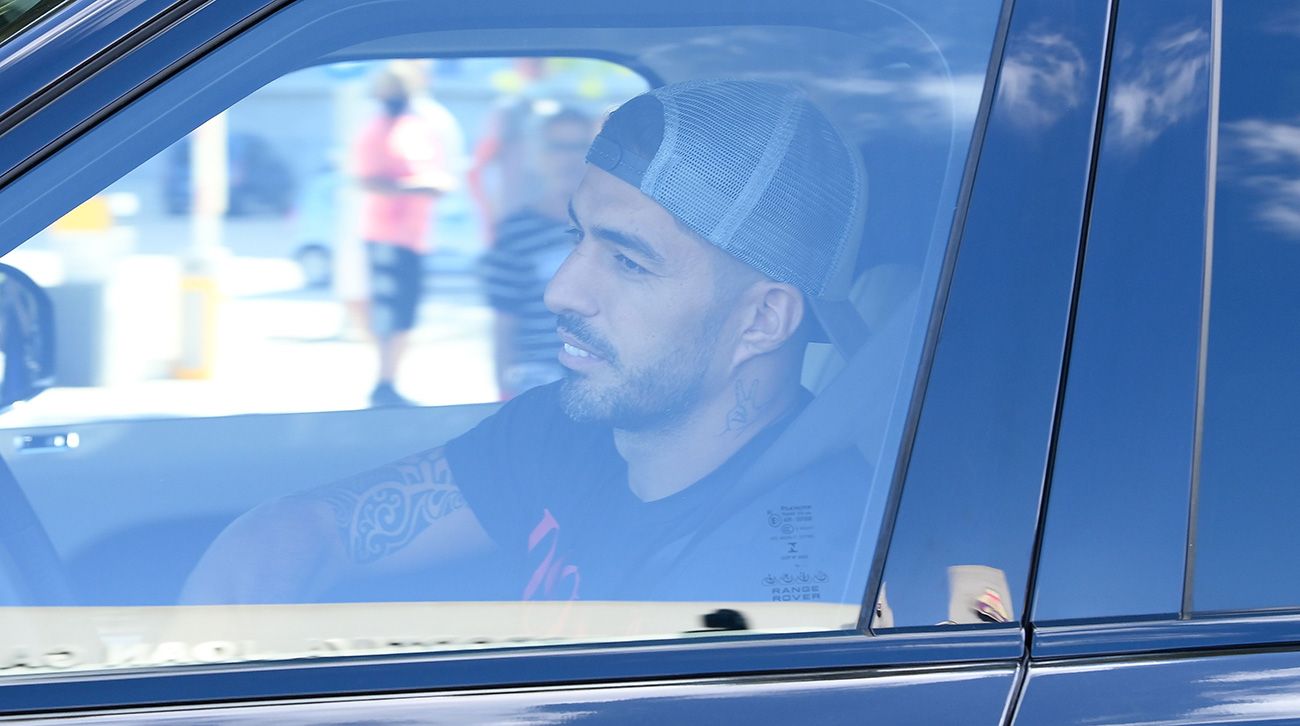 “That’s all, Folks” the fairy tale of Luis Suárez at Barça has ended. The Uruguayan forward trained with his teammates for the last time this Wednesday morning at the Ciutat Esportiva Joan Gamper, and then said goodbye between tears to the culé squad and his great friend Leo Messi, just before leaving the Sant Joan facilities in his car.

Luis Suárez took the opportunity this Wednesday to sign his settlement and collect all his sports gear and personal items from the locker room locker, saying goodbye to his friends and colleagues from recent years, since he landed in the summer of 2014. The news cameras recorded him, as Luis drove thru as a Soldier from La Sexta, they have captured the emotional moments of his farewell.

It is a difficult moment for Luis Suárez, without a doubt, considering that he leaves behind many years of living together in the Barcelona dressing room, where he has made great friendships and in which he has lived the two great faces of Soccer: the the most bitter, with embarrassing defeats and eliminations, and the most epic, with league titles, Champions, King’s Cup, Super Cups and Club World Cup.

This Tuesday night the operation was unlocked when FC Barcelona, ​​Atlético de Madrid and the Uruguayan forward himself reached an agreement. Luis Suárez will finally give up a part of this year’s record, while Barcelona gives him the letter of freedom so that he can sign for Atlético de Madrid.

This Thursday, the farewell act of Luis Suárez was very emotional something that shows his tears and you can hear some spanish reporters from the crowd saying “Esta Llorando” he’s crying.

It will not be until this Thursday, however, when a special farewell press conference takes place in the outskirts of the Camp Nou. As was done with Rakitic, Luis Suárez will also will receive an emotional tribute from the Barça club, something that he deserves given the great joys he has given to Barcelona fans, not in vain being the third highest scorer in the club’s history.

It will be necessary to see if in the act of farewell Luis Suárez breaks into tears or if content is shown, and also if he has words of reproach or not towards the management of Josep Maria Bartomeu, as Leo Messi did when he granted the press conference of a little less than a month ago, when he assured that he remained in the culé team forced by the president. Another question will be to know if the act of farewell to Suárez will be able to attend players like, precisely, Messi.

A great scorer … and also a great passer he will be missed by his Barcelona fans.