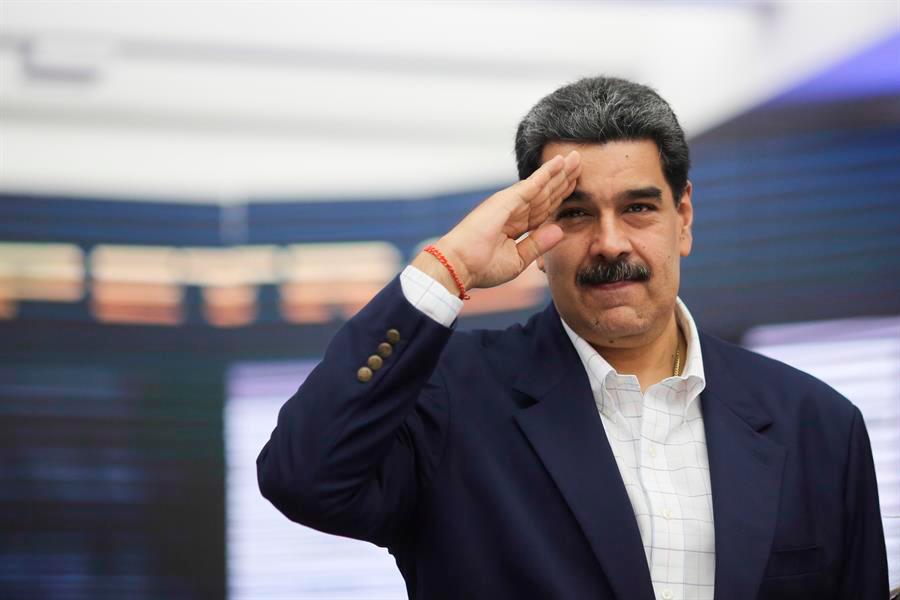 The president of Venezuela, Nicolás Maduro, again accused the Government of Colombia of preparing an 'armed conflict' on the extensive border that both countries share, this time, to 'divert' the attention of the protests against the measures of the Colombian president, Iván Duke.

"I have first-order information that a set of provocations is intended for an armed conflict, for an armed dive in the Colombian-Venezuelan border, to divert attention from the popular rebellion of Colombians and Colombians against Iván Duque," he said in an act with railway workers in Caracas.

"I denounce it and tell the Armed Forces as commander in chief: prepare to defend the sovereignty and right to peace of Venezuela," he continued, while ensuring that the United States 'South Command' also participates in the plan.

The Maduro Executive constantly accuses Colombia and the United States of preparing plans against Venezuela to overthrow their government.

Until two months ago, when he made a similar complaint, the head of state had ordered the deployment of troops in the border areas between Colombia and Venezuela, as well as the launch of a missile system.

As part of his plan to deal with the 'armed conflict' that, according to Maduro said in September, Duke was building at that time, he also declared an 'orange alert' that was maintained in October, but of which no more details were known during November.

In today's act, the president indicated, before his new complaint, that the Armed Forces 'must be placed on alert' and on surveillance.

In addition, he took advantage of the act to order the defense minister, Vladimir Padrino López, and the militia, to deliver 13,000 rifles 'which have been selected for the working class of Guayana (Bolivar state) and the combatant bodies immediately'.

"The more prepared we are, the more armed we are to defend the homeland of US imperialism and the Colombian oligarchy, we will guarantee in Venezuela the peace, production and progress of all our beloved Venezuelan homeland," he added.