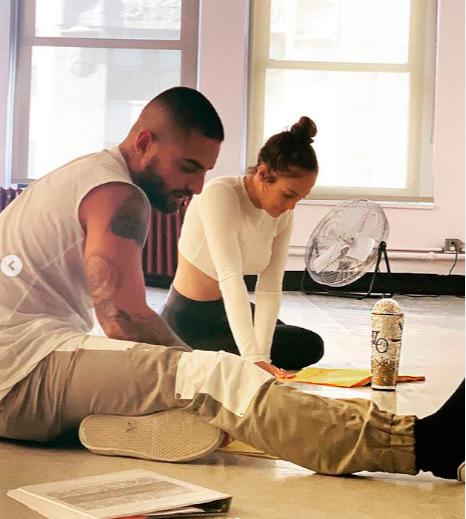 The Colombian singer Maluma will debut in Hollywood as Jennifer López's boyfriend, both confirmed in their social networks.

The film "Marry Me" once again joins Owen Wilson with the "Diva of the Bronx."

For Maluma this is a dream come true when sharing the big screen with JLo. He will be the beau in charge of giving life to the man who betrays Jennifer and forces him to resort at the last moment to a stranger, who turns out to be Owen Wilson as a math teacher who has no idea of ​​the problem he enters by accepting the Celebrity marriage proposal.

The magazine Who reports that 'Marry Me', or 'Marry me' will revolve around a pop star – played by JLo – who breaks up with her fiance minutes before her wedding at Madison Square Garden in New York after learning that He is unfaithful with his personal assistant.

The tape recordings will begin in October in New York City; It will be directed by Kat Coiro and produced by STX Entertainment and Universal.

The interpreter of "Money" and "The ring pa 'when" has already worked with them previously.

On working with Maluma, the 50-year-old singer wrote: “The art of collaboration … It's what I love about this business! True magic occurs when inspiration meets the absence of the ego. It's great fun when different artists come together and everyone contributes to creating something special, true and real for everyone to experience and enjoy! ”

Definitely JLo does not rest.