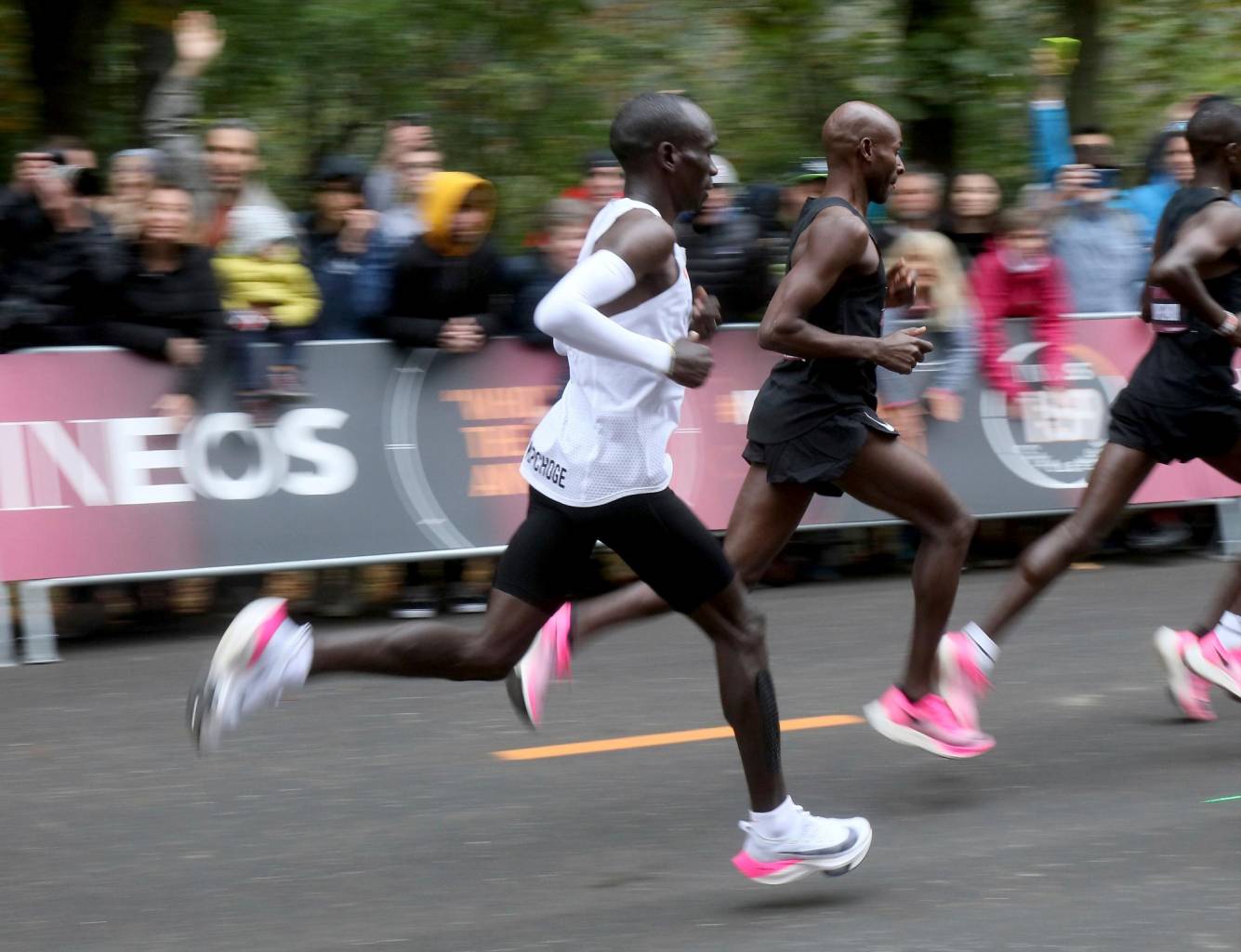 Kenyan Eliud Kipchoge said Saturday that he felt comfortable and confident from the beginning that he was going to be the first to run a marathon in less than two hours (1h59: 40).

'That was the happiest moment of my life. The moment I knew I was going to make history, 'he said about the last 400 meters, which he ran alone knowing that he was going to tear down the legendary two-hour wall.

'From the first kilometers I was really comfortable. I have been training for this last months. I have put my head and my heart in running the marathon in less than two hours to make history and send a message to everyone that no human has limits. '

The fondista, with his usual reflexive and leisurely way of speaking, said he remained calm and concentrated on keeping pace from the start.

However, Kipchoge acknowledged that he felt "great pressure" hours before the start of the challenge due to the calls of encouragement he received from top-level personalities, such as the president of Kenya, Uhuru Kenyatt.

To such an extent was the pressure he felt that he recognized that between 5.00 in the morning, when he got up, and 8.15, when he started the race it was 'the worst moment' of his 'life'.

The fondista has assured that now it was time to enjoy the moment and he did not want to enter to evaluate if he could run faster or if he considers it possible to beat this record in an official marathon.

The fastest marathoner in history has burst the clock running 42,195 meters at an average speed more typical of a sprint, with an average of 17 seconds per 100 meters, 2 minutes 50 seconds per kilometer.

Kipchoge reiterated that breaking the two-hour barrier sends the message that the human being has no limits and hopes that this milestone will be an inspiration and a source of hope for everyone.

Kipchoge made the last meters alone and entered the goal smiling, after dynamiting one of the legendary borders of athletics in a very loose way.

The fondista, marathon world record (2h01: 39), has been the solo protagonist of a tailor-made race, 'Ineos 1.59', in which he has had external aids not allowed by the International Athletics Federation (IAAF ) and, therefore, your brand will not be approved.

Kipchoge, that has nailed the times of constant form, ran behind a vehicle that was setting the pace to beat the wall of two hours and surrounded by seven 'hares' in arrow formation to protect it from the wind.

Those seven runners were part of a team of 41 top-level athletes who took turns throughout the race to give support.

The hares were a selection of top-ranking athletes, such as the three Norwegian brothers Ingebrigtsen – Henrik, Filip and Jakob – the Ethiopian Selemon Barega, recent runner-up in the 5,000 meter world, or the Americans Bernard Lagat and Paul Chelimo.

It also had a provisioning in motion and a completely flat and adapted circuit, even with newly paved parts to avoid irregularities.

Thousands of people got up early to encourage the athlete in a test that took place in the Viennese park of Prater, in a completely flat circuit of 9.6 kilometers, of which the vast majority of the route is straight and protected from trees.

It has been 4.3 kilometers one way and many others back. At both ends there are two large roundabouts that have been adapted to avoid any unevenness.