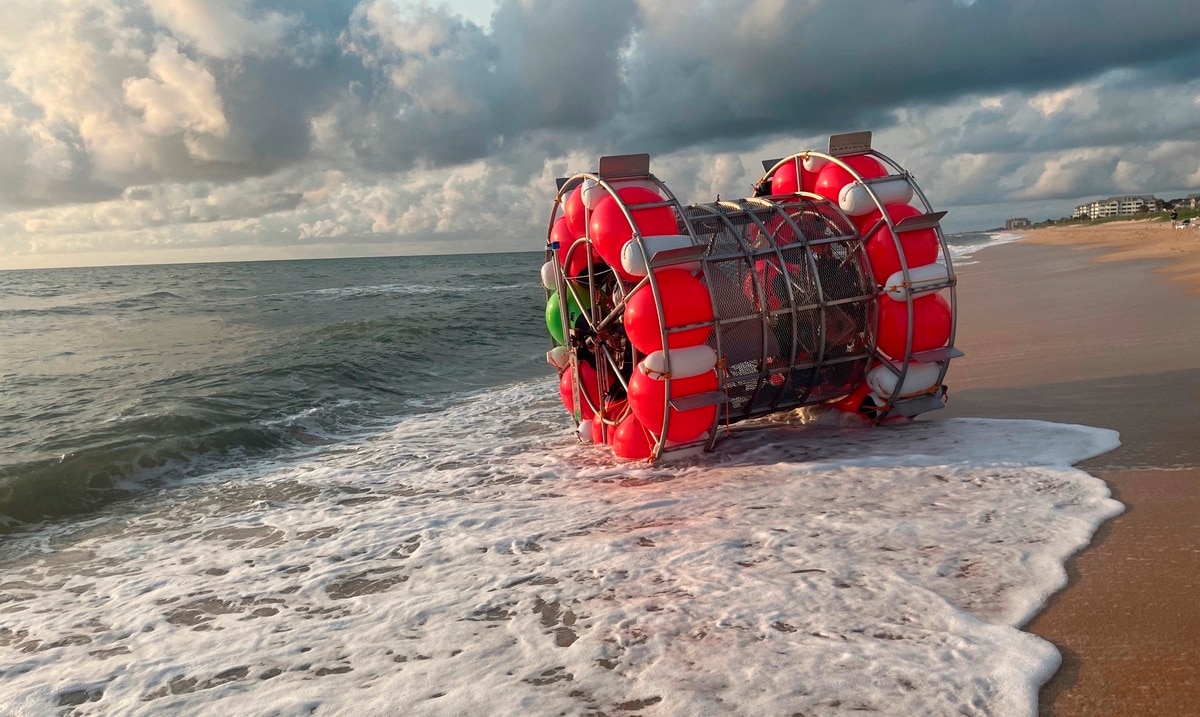 Miami – A man who jumped into the sea from a Florida beach inside a cylindrical floating structure to make a trip to the New York coast had to abandon the crossing and return to shore, local media reported Monday.

Reza Baluchi departed on Friday from St. Augustine, on the east coast of Florida, with the goal of reaching the shores of New York, but due to “complications” the next day he had to return to land, where he was treated by the US Coast Guard, according to the Flagler County Sheriff’s Office, in the northeast of the state.

Baluchi, 49, tried his journey north inside his “hydropod”, a floating structure of his invention in the shape of a wheel and covered with buoys inside which man runs to move it.

According to the local newspaper Sun Sentinel, the man returned to shore, specifically about 30 miles (48 kilometers) south of his starting point, after discovering that part of his security and navigation equipment had been stolen, something that made travel impossible.

The man told local media that with his journey he was seeking to raise funds for the homeless and for the local security forces.

It is not the first time that Baluchi intends to make a trip aboard the “hydropod”. In 2014 he carried out a similar initiative, but had to be rescued by the coastguard in the middle of the sea, an operation that, according to an agency statement, cost taxpayers $ 140,000.

Reza Baluchi next to the artifact.

Two years later, and despite the fact that the Coast Guard prohibited him from carrying out a similar adventure in his floating device, he tried again on a journey to the Bermuda Islands, but was discovered by the Coast Guard about 7 nautical miles off the coast of Jupiter. 145 kilometers north of Miami, and ordered to stop.