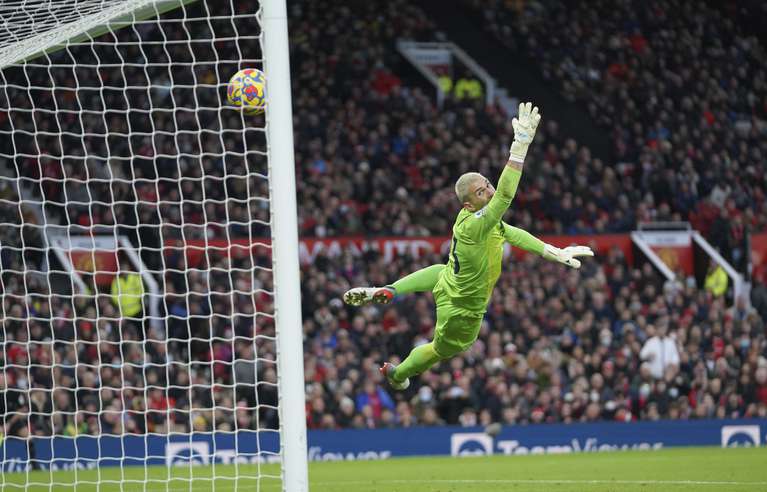 Ninety minutes of intensity without Cristiano Ronaldo’s ball. Without conceding goals. And even a goal from Fred, with the bad leg

In his debut as a Manchester United manager, the 63-year-old German celebrated a 1-0 victory over Crystal Palace in the Premier League on Sunday thanks to Fred’s goal.

Rangnick’s signature was immediately noticeable in United’s proposal, with a 4-2-2-2 formation. He also noticed the high pressure and playing with greater intensity compared to what was seen with his predecessor, Ole Gunnar Solskjaer.

“Huge Cristiano Ronaldo without the ball,” said a smiling Rangnick.

But the prolific striker didn’t score at the start of another new era at United since Alex Ferguson’s retirement eight years ago.

The author was Fred, a Brazilian midfielder who appears as a fundamental piece in Rangnick’s tactical scheme.

Scoring goals is not Fred’s strong suit. His only one of the current season was on the first date, but it was exquisitely defined.

He did it with his right leg, taking a warped shot from the area’s balcony to the far post in the 77th minute.

“I had to ask my assistant if Fred scored with the right hand,” Rangnick said.

“Fred has those moments, he gets one shot of those every year,” Fernandes said.

With Harry Maguire wearing a bandage on his forehead in the final minutes after a blow, the United defense closed a game scoreless for just the third time this season.

“I am more than happy. Pleasantly surprised by the physical display and intensity, “said Rangnick. “I did not expect such a level of play in such a short time.”

Rangnick was hired as coach until the end of the season on Monday, but had to wait a week to coach his first game while his work permit was being processed.

United climbed to sixth place and face an affordable batch of Premier League games, including a visit to Norwich next week.

Another coach with a good start in the English league is Antonio Conte. But the Italian has yet to find a way for Harry Kane to reconcile himself with the goal.

The 3-0 win over Norwich was routine but Kane did not add goals after being the top scorer (23) and assist (14) last season. In the current one, after 14 games, the forward has barely scored one goal and one assist, both in the match in Newcastle.

The Brazilian Lucas Moura, the Colombian Davinson Sánchez and Son Heung-min scored the goals against Norwich to leave the Spurs with three wins and a draw in the league under Conte’s leadership.

Tottenham moved up to fifth place, two points behind West Ham and one match pending.

Manchester City leads with 35 points, followed by Liverpool (34) and Chelsea (33).

Aston Villa has also benefited from the change of coach. With Steven Gerrard at the helm, Villa beat visiting Leicester 2-1.

It was the third win in four games since Villa since the former Liverpool midfielder took over the club. He will meet again with the club of his loves next weekend.

Villa has rebounded to rank tenth in the table. Goals from center-back Ezri Konsa, at 17 and 54 minutes, allowed him to overcome the score, after Harvey Barnes (14) put Leicester ahead.

In the other Sunday game, Patrick Bamford’s goal in the fifth minute of extension saved Leeds’ 2-2 draw against visiting Brentford. Bamford reappeared after a two-month inactivity due to injury.