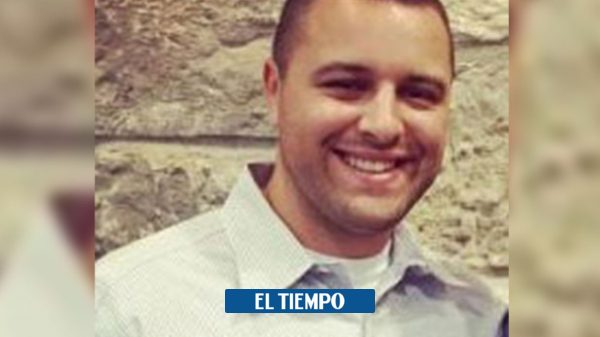 On August 30, Daniel Carney, a 28-year-old American man, traveled with his fiancee and several friends to a hotel in Monroe County, in the state of Pennsylvania (United States). The reason? Celebrate their wedding.

Things, however, would have gotten out of control because of the excess alcohol and Carney was accused of sexual abuse by one of the bridesmaids.

According to the affected woman, who was a close friend of the defendant’s wife, several of those present got drunk while bathing in the Delaware River, near the Shawnee Inn hotel, where they were staying.

“I was very intoxicated. I couldn’t even stand alone,” said the woman in a court statement to which media such as CNN and TIME had access.

He bit my breasts and grabbed parts of my body. Then I passed out

He added that Carney was in charge of helping her and taking her to her room, but that, along the way, she forcibly transported her to a bathroom: “He bit my breasts and grabbed parts of my body. Then, I passed out.”

When she got up, she continued her story, she was in the men’s room, with her sore body and Carney on top of her. He also didn’t have the bottom of his swimsuit and he was naked.

“Carney would have stopped carnal access when her fiancee went to the bathroom looking for him and saw the scene,” CNN and TIME said, based on court documents.

The victim, meanwhile, said that the couple had a fight that came to physical aggression.

When all those attending the marriage learned of the incident, several versions of the events began to be created. Carney, according to the affected woman, told the rest that it was she who followed him to the bathroom.

WNEP, a local media, reported that a friend of the Carney confirmed that the couple did get married on September 1.

But that was not an impediment for the victim to file a formal complaint against the man.

TIME said that one of the tests in this case are the hotel security cameras, in which it would be confirmed that he did find the woman to the bathroom. They would also show that the defendant’s girlfriend entered the bathroom 20 minutes later.

For the investigation, the Monroe Court allowed the police access to a September 2 call between the accuser and Carney. In it, according to the documents, one would hear how the man repeatedly apologizes.

I would also have asked him to take the pill the day after, “just to be sure.”

The Carney did get married on September 1

A hotel representative acknowledged that he was aware of the incident, but decided not to comment anything further, said WNEP.

On Monday, October 7, Carney attended a hearing in which he was charged with involuntary sexual intercourse, misdemeanor assault and indecent aggression. However, the defendant was released after paying a bail of $ 100,000.