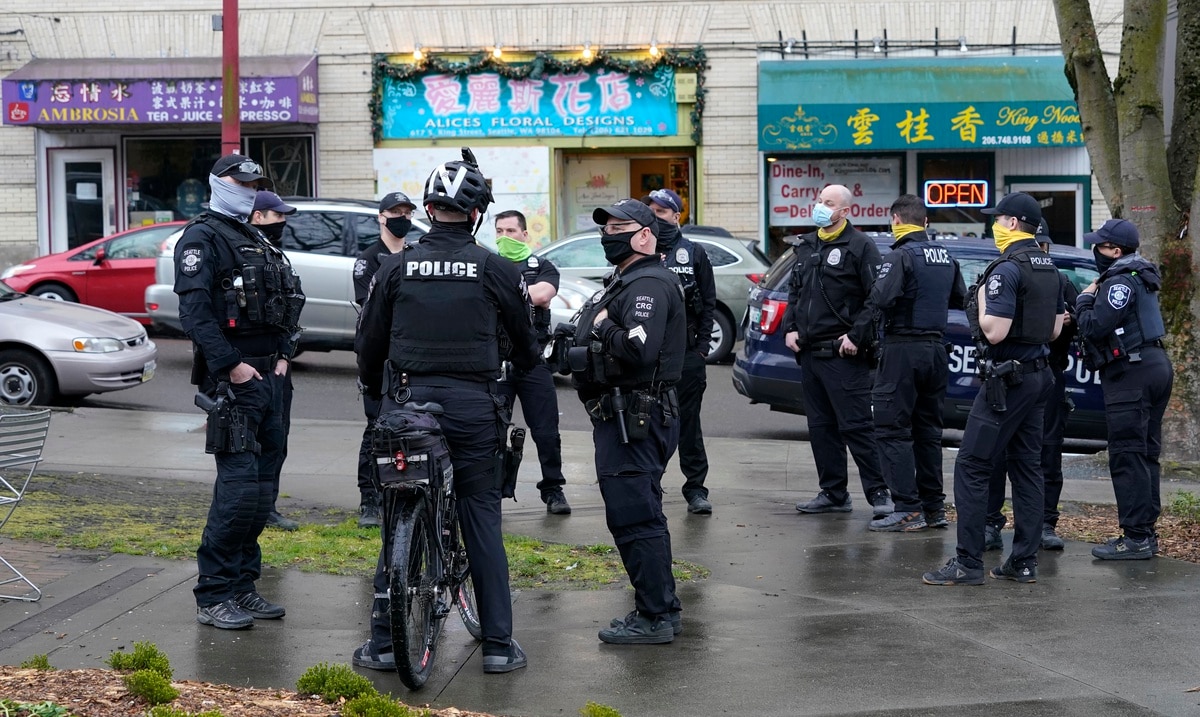 Police departments across the United States that are requiring their officers to get vaccinated against the COVID-19 virus are running into pockets of resistance that some fear could leave law enforcement without resources and undermine security. public.

Some police unions and agents have resisted filing lawsuits to block vaccination mandates. In Chicago, the head of the police union asked its members to challenge Friday’s deadline, by which they had to notify their superiors of their COVID-19 vaccination status.

The Seattle Police Department had to send detectives and non-patrol officers to emergency calls days ago because of a patrol shortage that union leaders fear will worsen due to vaccine mandates.

The clashes are unfolding at a time when many police departments are already grappling with rising homicide rates and non-vaccine-related staff shortages. Cities and law enforcement leaders are now weighing the risk of losing more officers due to resignations, firings or suspensions for their refusal to get vaccinated.

On Friday, the mayor of Chicago filed a complaint in court against the local police union leader, accusing him of “participating in, supporting and encouraging a stoppage or strike” by recommending to the city’s more than 12,000 uniformed officers that Ignore the order to notify the status of your vaccination.

Mayor Lori Lightfoot said Thursday that agents would not be sent home if they showed up for work on Friday and refused to provide their status. Instead, he said, they would be put on leave without pay after the weekend, because confirming compliance would take a few days.

Refusing to provide the information, Lightfoot said, would constitute an act of insubordination.

John Catanzara, head of the Chicago police union, said that about half of its members have not been vaccinated, and he opined that a mandate requiring inoculation is “absolutely wrong.”

“The reality is that we have a profession that no one else wants to do right now. They can’t get anyone to get into the police academy, ”Catanzara told Fox News.

In Los Angeles County, Sheriff Alex Villanueva said he will not force his 18,000 employees to get vaccinated despite a county mandate. “I don’t want to be in a position to lose 5 or 10% of my workforce overnight,” he said last week.

Hundreds of police officers in San Diego said they would consider quitting rather than comply with a vaccination mandate.

Resistance is mounting despite the fact that many police officers have been hit hard by the COVID-19 pandemic. More than 460 law enforcement officers have died from the virus, according to the Officer Down Memorial Page, which tracks deaths in the line of duty.

Disputes over vaccine requirements in government offices and companies have spread to a variety of workplaces, including one of the nation’s leading nuclear weapons laboratories and the NBA.

The number of Americans being vaccinated has risen steadily over the past three months as boosters become increasingly available and mandates have taken effect. The number of injections given per day has exceeded 840,000 on average.

There are no national statistics showing the vaccination rate for American first responders, but police and fire departments across the country have reported figures well below the national rate of 77% for adults, who have received at least one dose. .

Los Angeles, San Francisco and Denver police departments are also among those with or facing vaccine mandates. The mayor of New York has said he is considering the idea, despite opposition from the city’s largest police union.

The union that represents about 1,000 Seattle police officers believes the mandate could worsen staff shortages, which in turn could put public safety at risk. Guild president Mike Solan said city police lost about 300 officers in the past 18 months and anticipates another “mass exodus” in the coming weeks.

As of last week, nearly 300 of the 1,000 uniformed elements in Seattle had not turned in documentation showing they were vaccinated or were seeking an exemption, the mayor’s office said. However, many more are believed to have been vaccinated since then.

“People believe in personal choice and we as a union have to represent everyone,” Solan said. “We are not going to play segregation between the vaccinated and the unvaccinated. It’s not about that. It’s about saving jobs ”.

In recent weeks, judges have rejected attempts by a group of Oregon State Police officers and Denver police officers to block vaccine mandates.