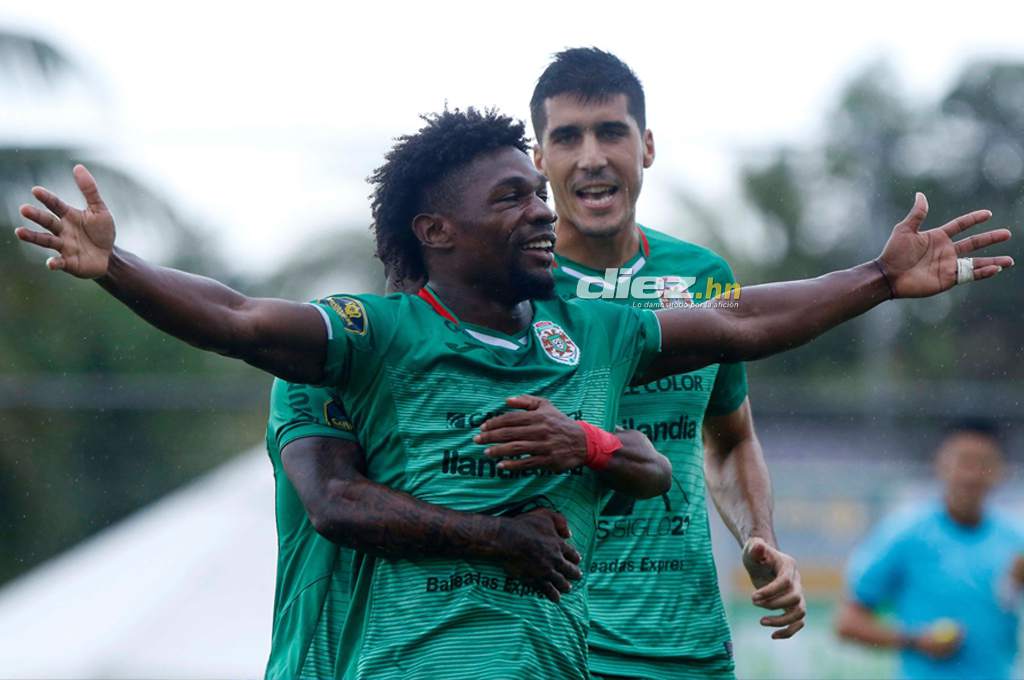 Welcome to the minute by minute of the Platense-Marathón in Puerto Cortés!

Minute 90: The game concludes, Marathón wins it 4-2 and reaches 21 points in the tournament.

Minute 86: The referee David Cruz takes the yellow card from the “Machuca” Ramírez.

Minute 80: Uffffff, Platense had it … The Shark went to the attack and generated several of danger, in the end the Argentinean Lugli becomes Chilean and goes to the hands of Lopez.

Minute 76: Yellow card is taken for Kervin Arriaga for cutting off Platense’s attack.

Minute 65: Change is reported in Marathon, Esteban Espíndola instead of John Paul Suazo.

Minute 59: Save Pipo! Marathón goalkeeper denies Carlo Costly the goal and heads to the corner.

Minute 55: MARATHON GOOOOOOOOOL! Carlos Discua takes a shot outside the box, hits a defender sharps and sneaks into the Yacaruso goal.

Minute 52: GOOOOOOOOOL DE MARATHÓN! Bruno Volpi scores the third after Yacaruso released the ball, the Argentine with the right sends to save.

Minute 50: Platense is the one who carries the dynamics right now, Marathón waits for the counter.

5:04 pm: Two changes in Platense; Carlo Costly and JeanCarlo Vargas instead of Henry Ayala and Orvin Cabrera … The second half has already begun.

Minute 45: The first half ends in Puerto Cortés, Marathón is winning it with an notations from Carlos Discua and Marlon Ramírez.

Minute 41: Marathón concludes a counter on a shot by John Paul Suazo which is taken off the goalie but the ball is very deflected and no angle.

Minute 38: Ilce Barahora takes a free kick and “Pipo” López contains it easily. Against it, Hesller Morales is yellow for foul on Solani.

Minito 28: Diego Reyes returns to try in the area against a defeated Lopez and sends it over the arch.

Minute 26: First yellow card in the game and is for the flyer Luis Vega de Marathón.

Minute 20: Diego Reyes looked for her in a shot within 16:50 and the shot goes near the post.

Minute 4: Genesis of the duel quite even so far and where we still have no danger moves.

4:02 pm: START! Platense and Marathón are already facing each other at the Excélsior stadium.

3:49 pm: It rains heavily in the city of Puerto Cortés, however the game does not run any risk of suspension.

3:25 pm: Riots are reported outside the Excelsior of Puerto Cortes. The Marathon bar and the National Police bring them with them and a confrontation between both segments was recorded on the eve of the engagement. Stones, tear gas and a lot of tension blurred the prolegomena of the comparison between selacio and emeralds.