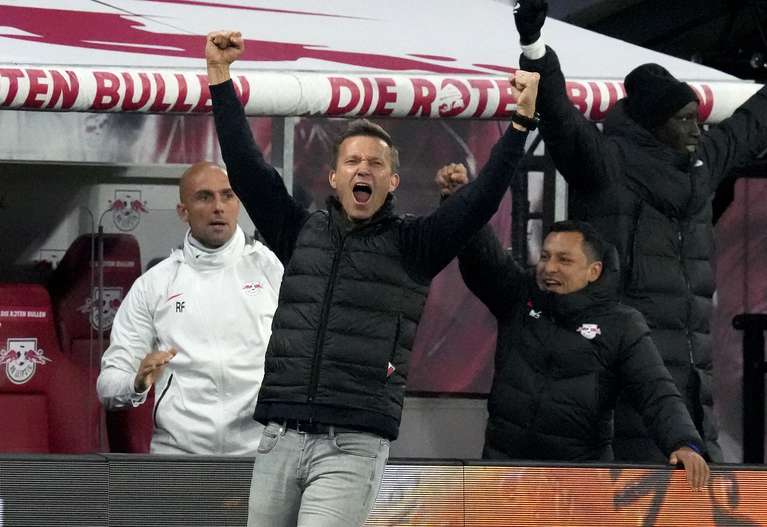 The German club announced on Sunday that it had terminated the contract with the American by “mutual” agreement. He added that the decision was made through “deep analysis and intense debate” following Friday’s 2-1 away loss to Union Berlin.

It was Leipzig’s third successive defeat in the domestic tournament, leaving them in the middle of the table in the Bundesliga and far from the Champions League qualifying spots that they set themselves a target.

“We have a squad that is undoubtedly among the top three or four in the Bundesliga. That is our goal too, ”said club executive director Oliver Mintzlaff after the defeat in Berlin.

Marsch watched that game from afar. The 48-year-old strategist missed the club’s last three commitments after a coronavirus infection. He was one of several coaching staff and players affected by a COVID-19 outbreak at the club.

Marsch arrived from Salzburg, the Austrian club of the Red Bull empire. He replaced Julian Nagelsmann, who signed to coach Bayern Munich. Marsch previously served as Ralf Rangnick’s assistant in 2018-19.

Leipzig had just 18 points in 14 Bundesliga games with Marsch. His high marks were the 6-0 thrashing against Hertha Berlin and 5-0 over the Belgian club Bruges in the Champions League, but the level of the team was intermittent.

“The departure of Jesse Marsch was not an easy thing for us as I have enormous appreciation for Jesse as a person and as a coach,” Mintzlaff said in a statement Sunday.

Leipzig said Marsch was “leaving immediately” and that assistant coach Achim Beierlorzer will be in charge of leading the team against Manchester City at the end of the Champions League group stage.

Leipzig no longer have a chance of qualifying for the knockout stages of the continental competition, but they are trying to finish third at the expense of Bruges to enter the Europa League. Bruges will face Paris Saint Germain in the other duel of the key.

Leipzig added that Marsch’s successor will be “unveiled very soon.”