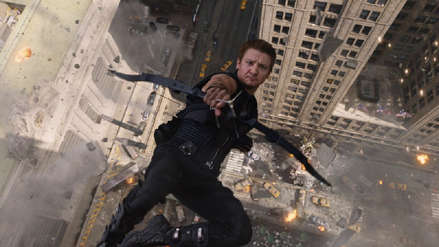 Jeremy Renner, recognized for playing Hawkeye – one of the founding members of the Avengers – in the Marvel Cinematic Universe (MCU), faces harsh accusations from his ex-wife.

This is about Sonni Pacheco, who assured that the actor threatened her with death and that, subsequently, she put a gun in her mouth, threatened to commit suicide and then shot at the roof of her house with their daughter at home.

Given these serious accusations, it has begun to speculate with a possible separation of the actor from all the projects he had with Marvel Studios, but so far the company has not ruled.

However, Daniel Ritchman, a CNBC writer, and who constantly reveals data about Marvel's intern, said a rumor has come that Disney would be looking for a replacement for Jeremy Renner.

As recalled, Marvel Studios prepares a series about Hawkeye, where Jeremy Renner will have one of the leading roles, and that will arrive on the Disney + digital platform in 2021.

Nominated twice for the Oscar (Best Actor for "The Hurt Locker", 2008; and Best Supporting Actor for "The Town", 2010), Renner achieved worldwide fame thanks to his role as Hawkeye in the MCU.