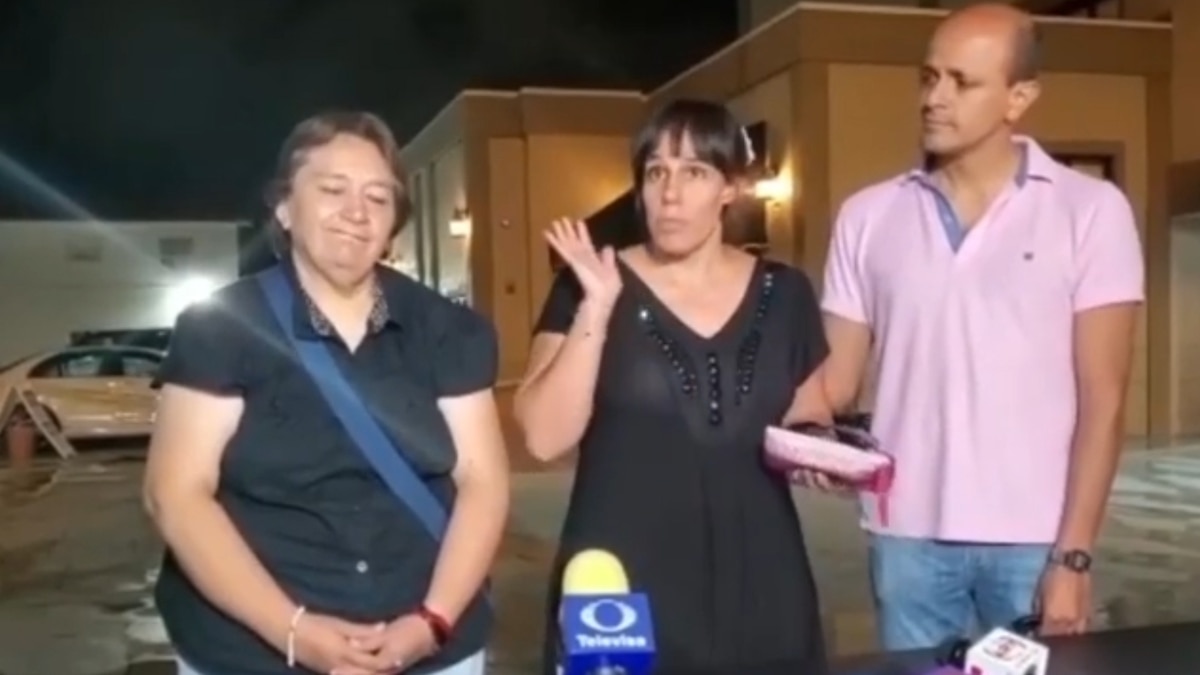 After the meeting between the three children of the Mexican singer José José, the objective of the singer's eldest children was met, and finally Marysol Sosa could see his father's body.

He stayed at least for a couple of hours at the funeral home where the remains of the "Prince of the Song" are protected, and the press waited for her outside. Late night in Miami, Florida, the daughter José José had with former actress Anel Noreña, spoke before the cameras.

He said he was “much more at peace. I already saw the body of my lord father, thank God. I am very grateful to have achieved that task. At the moment it is what I can express to you ”.

She reiterated that she and her brother José Joel "are in the best disposition to do what we have to do here, to return with our dad to our beautiful and beloved Mexico."

A night before they met at the Mexican consulate to mediate the situation of zero communication between them, and resolved that the older children would have access to the singer's body, and that he would be taken to Mexico after being honored in Miami, Florida.

José Joel could not see his father's body, as he traveled back to Mexico to fulfill a work commitment this Thursday, but plans to return next Friday for the family funeral that is planned to be held. That's why only Marysol and Sarita went to the funeral home to see their father, who died on September 28.

When questioned about what she talked to Sarita, Marysol simply said: “Nothing, the truth right now nothing, we are living our duel. I began to live my duel just an hour and a half ago. ”

The brothers made a pact not to speak to the press anymore, so Marysol refused to answer further questions. She was accompanied by her husband and Laura Núñez, friend and former representative of José José, who confirmed that only the daughter could see the singer's body, and she could do the same until Friday.

Although his brother José Joel was the one who spoke most to the media, in Marysol Sosa's participation it had been clear that his only goal of being in Miami, in addition to saying goodbye to his father, was to be able to see the body, because otherwise, I wouldn't believe the news of his death.

The first day he was in Miami, during the pilgrimage they did in search of José José's body, Marysol said: “Either I see my dad's body or I can't believe anything. Follow us the good ones please. ”

In the midst of dismay at not finding his father, Marysol sent messages to his sister through the press: “Please wherever you are, communicate, I've been talking to you all day and I'm here and since yesterday I told you. Either I see my father's body or I don't believe anything, Sari. Thank you".

For the third day of the search, Marysol was moved by the press to say: "I had to get to this city as if I were a distant friend of the Lord, I had to knock on doors to the hospital, where they ran from us. My dad I loved, we have no doubt. This is the last thing José and I think of coming to live this. "

“I can't leave without seeing my father's body. I will stay as long as necessary. We have support, people who are offering us house, food, ”Marysol had said a day before he could accomplish his goal, after a meeting was achieved with Sarita, who had taken care of his father during the past year and a half, and who was the only one who knew where the body of "The Prince of the song" was.