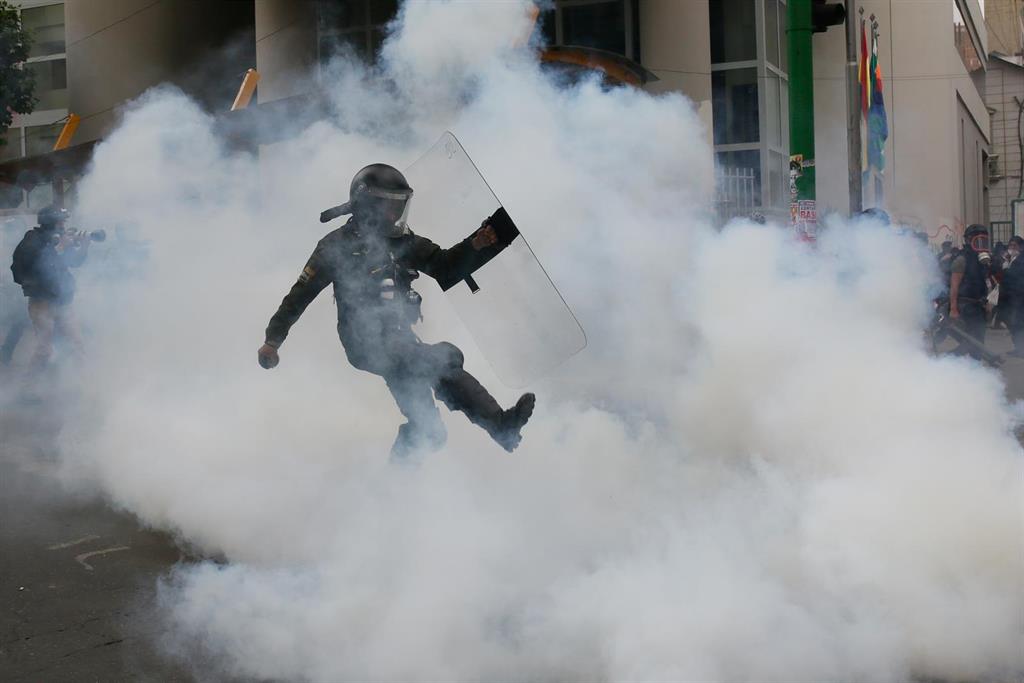 Deputies of the Movement To Socialism (MAS) party of former President Evo Morales have announced this Sunday that they will present an appeal of unconstitutionality against the Supreme Decree of self-proclaimed president Jeanine Áñez that exempts the Armed Forces from criminal responsibility when they act in self-defense.

"We want to inform that in the framework of the regulations we will present an appeal to the Plurinational Constitutional Court for this to be declared unconstitutional," said deputy Sonia Brito, according to the Bolivian news agency Fides.

"This decree is a license to kill. It is unconstitutional," said Brito, who has urged Police and Army not to violate the rule of law or the Political Constitution of the State and has warned that the decree will be rejected by the Court Constitutional.

Evo Morales himself has criticized the initiative through a message on Twitter. "To offer impunity for the slaughter of 24 brothers, the de facto government uses DS 27977 of Carlos de Mesa, an accomplice of the coup. But that DS was declared unconstitutional for equating civil conflicts with war situations. The armed forces are not exempt from their responsibility, "he said.

On Saturday, the Minister of the Presidency, Xerxes Justinian, clarified that the Supreme Decree in no way represents a "license to kill", because its objective is to become a deterrent to the pacification of the country. "What the Government intends is simply to avoid confrontation. What it intends is to prevent more deaths and, above all, that social peace be restored in our country," he said at a press conference.

Áñez approved on Saturday Supreme Decree 4078 authorizing the Armed Forces to carry out operations in search of the restoration of public order. The rule exempts the military from any criminal responsibility.