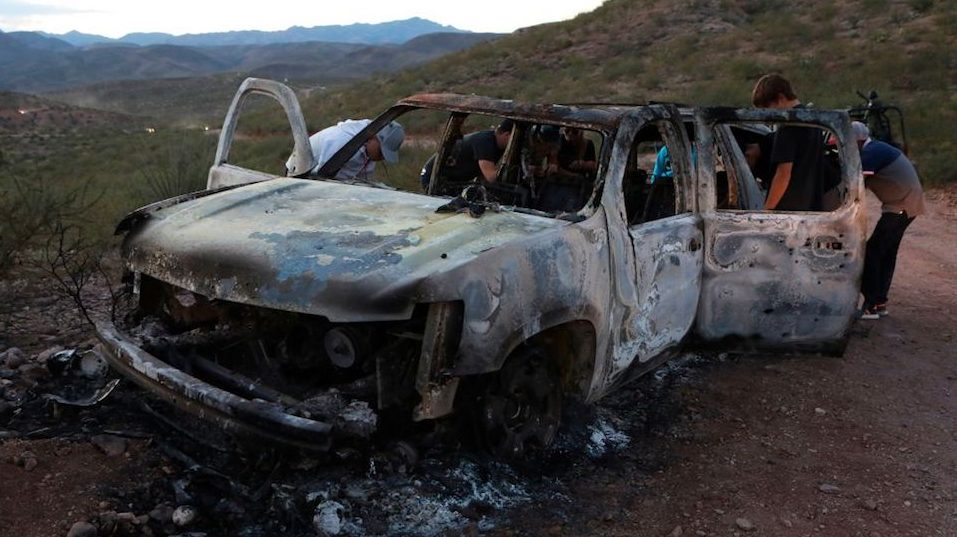 (CNN) – All that was left when family members arrived at the scene of the massacre in Mexico on Monday were ashes, bones and a burning car and riddled with bullets.

Just that morning, they had seen the three women and their 14 children leave to visit the family, traveling together for safety. Now, relatives and researchers are reconstructing what happened in the remote mountains where the women and six of their children were killed.

The group, with dual US and Mexican nationality, was traveling through a remote area in the mountains on the border between the Mexican states of Sonora and Chihuahua. They had left the community of La Mora, which apparently is a group of fundamentalist Mormons separated from the Church of Latter-day Saints. One of the women was traveling to pick up her husband, another to meet her husband and move to North Dakota and the third to visit her family in the neighboring state of Chihuahua, said Kendra Lee Miller, a relative of the victims.

All three had returned to the family's ranch after one of the cars suffered a flat tire and then resumed the road, Miller said. Miller's brother was repairing the house when he saw an explosion and ran to the place.

The family, their community, the Mexican government and the United States government are now working to understand what happened to the family and why. This is what happened based on the recount of Mexican Security Minister Alfonso Durazo and a commission ordered by the President of Mexico, Andrés Manuel López Obrador, to investigate the attack:

9:40 am local time on Monday: the first vehicle that transported Rhonita Miller and her four children, 12, 10 years old and the 8-month-old twins, was ambushed, the investigation commission said Wednesday. None of the passengers survived. Durazo's story states that families began their journey around this time.

11:00 am: the second and third vehicles were attacked, the commission said. One was led by Dawna Ray Langford. Of the nine children who went with her, two were shot dead along with her. The third vehicle was driven by Christina Marie Langford Johnson, who had her little daughter in the car. The baby survived, but Christina did not. Durazo questions this time and says that the families were ambushed at 1:00 pm local time.

6 or 7:00 pm: search efforts begin for children who survived. Durazo's account says that this happened an hour earlier than what the commission says.

8:30 pm: The commission says that five surviving children received first aid. About 15 minutes later, the commission says they were taken to a hospital in Bavispe, Mexico. The baby was found in her chair on the floor of her mother's car surrounded by bullets but unharmed, Kendra Lee Miller said. Five children were hidden in nearby bushes by their 13-year-old brother, who walked about six hours back to the family ranch, Miller said. One of his sisters was not with them.

9:45 pm: the last surviving child, a missing girl, is found, the commission said. Miller said the 9-year-old girl had gone to get help. Another family member said they found her with swollen feet and blisters covered by walking.

11:40 pm: Five of the children and two of their relatives are transferred by air transport to a Red Cross ambulance in Agua Prieta, the commission said.

12:30 am: Survivors who had been transported arrive in the US. UU. to receive medical attention, the commission said.

Officials and family members differ on whether it was the confusion of a cartel with a rival or if the family was a target.

Kendra Lee Miller, who lost her sister-in-law in the attack, said "the posters have taken too many members of our family."

She said the posters had recently threatened her family about the places they could travel to.

"They had faced the drug cartels and had some friction with the cartels or with some neighboring communities for water rights," said former Mexican Foreign Minister Jorge Castañeda.

But Lafe Langford questioned Castañeda's description of his family.

“It is far from the truth. The only thing they were activists for was their children, the education of their children and their homes, ”said Langford.

“(Castañeda) said something about a conflict over water rights. We live in a river. We have all the water we could need. ”

A suspect arrested, but the search continues

On Tuesday, Mexican authorities announced the arrest of a suspect in connection with the massacre. But on Wednesday, Durazo said investigators discovered that the suspect was not involved.

The authorities did not report whether the individual had been released.

While the investigation is taking place, the authorities of the United States and Mexico have different theories about who could be responsible.

Chihuahua's attorney general, César Peniche Espejel, said he believes the newly formed cartel of Los Jaguares, a branch of the Sinaloa cartel, may be behind the massacre.

"The same Sinaloa cartel, after the arrest of Chapo Guzmán, has suffered fragmentation," said Peniche Espejel.

But an American official said Tuesday that a rival cartel called The Line is under scrutiny.