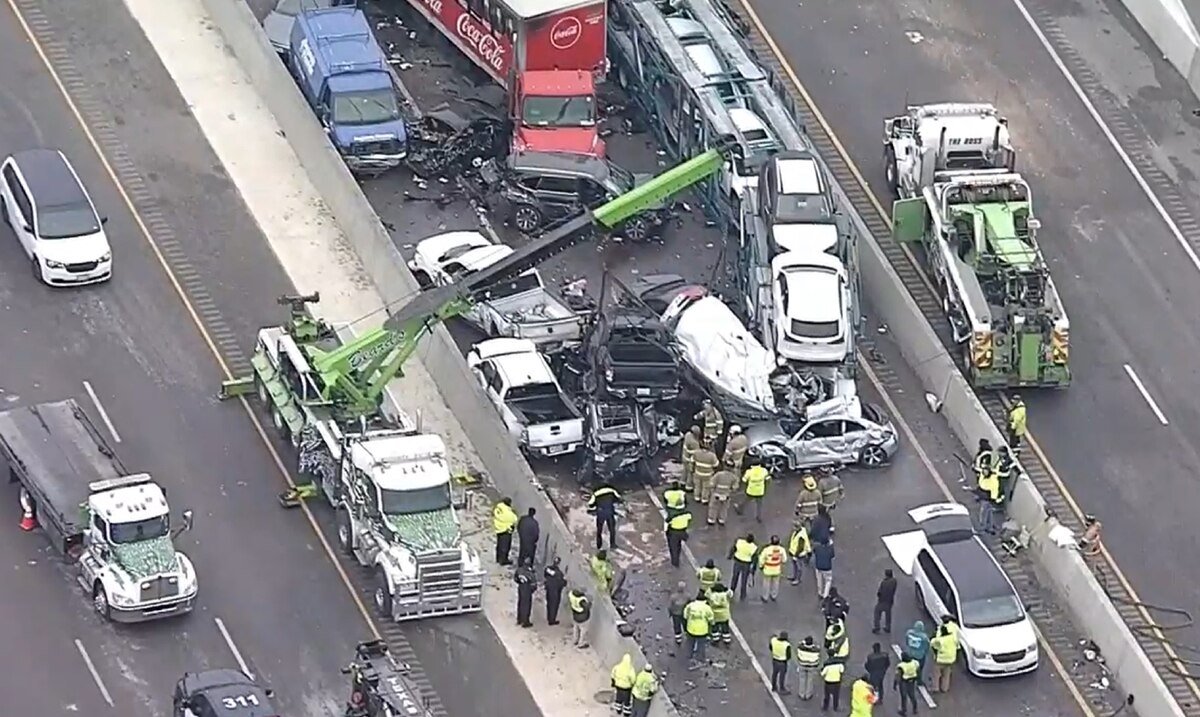 Fort Worth, Texas – At least five people were killed and dozens more injured after a crash involving 75 to 100 vehicles on a Texas highway that was slippery from ice formed in the wake of a severe winter storm, authorities said.

At the crash site, on Interstate 35 near downtown Fort Worth, dozens of cargo trucks and cars were tangled up, including some vehicles ending up on top of each other.

“The vehicles were wrecked,” said Matt Zavadsky, a spokesman for MedStar, a company that provides ambulance services in the area. “There are several cranes at the site. It’s going to take a long time to clean up this mess. “

In all, 36 people have been taken to hospitals, several of them seriously injured, Zavadsky said. The police set up a meeting center for relatives in a community center.

“The road was so treacherous due to the ice that several emergency personnel fell,” Zavadsky said.

The crews carry a mixture of sand and salt in the ambulances, which they began to apply at the scene of the accident, the spokesperson said. At one point, one of the ambulances was hit, but suffered only minor damage and its occupants were unharmed.

A pickup truck was crushed between two trucks in one of the collisions that occurred on a two-way lane inside the express and separated by reinforced concrete fences.

Further south in Austin, more than 20 vehicles were involved in a collision on an icy road and five people were injured, emergency services officials said.

The storm occurred because the polar vortex – a flow of air that usually floats over the Earth’s poles – has moved near the US-Canada border, resulting in low temperatures further south than expected. usual, said Steve Goss of the National Weather Service (SNM) Storm Prediction Center in Norman, Oklahoma.

“As a result, we get unusually cold or out of season air that travels south across a good portion of the United States east of the Rocky Mountains,” he said.

In Tennessee, police responded to about 30 crashes, while at the Memphis International Airport, some flights were delayed after rainfall and sleet. In Kentucky, the governor declared a state of emergency to free up funds and help agencies coordinate their response to reports of slippery roads and power outages. In southern Indiana, schools and government offices closed their doors.

Firefighters and medical assistance vehicles arrive at the place where several crashes were registered.