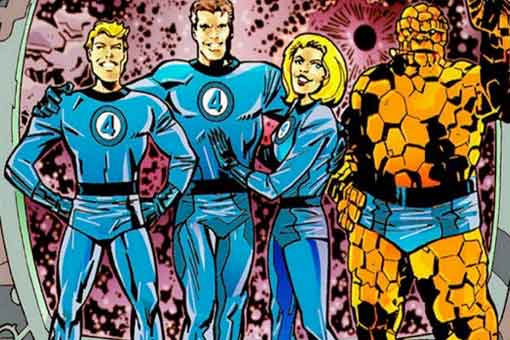 Although there is still no official date from Marvel, they are already preparing the new Fantastic Four movie. So once they know how and when to introduce them, the names will begin to play to interpret the protagonists and the director in charge. Before that happens, Matthew Vaughn has said that he would be happy to take the comic book characters to the movies.

During an appearance at this year's New York Comic-Con, Matthew Vaughn has commented that he already knows what he will say to Marvel if asked:

"Yes, I have always loved the idea of ​​doing The Fantastic Four as originally written," he revealed. "I mean it's one of my favorite comics and I really believe these Marvel characters in theory, they're as big as Spider-Man."

The director is an expert in adaptations of comics to the cinema.

Matthew Vaughn has directed films such as Kick-Ass: Ready to Crush (2010) and X-Men: First Generation (2011), where he rebooted Marvel's mutants brilliantly. But he has also taken care of the three Kingsman films of 2014, 2017 and the next 2020. This trilogy is also based on the comic The Secret Service, created by Dave Gibbons and Mark Millar.

So it has already passed 2 stories of Mark Millar to the movies and interestingly this comic scriptwriter has one of the Fantastic Four. A comic that was the return of the characters after a certain ostracism by Marvel and that explored the powers of his most dangerous villain, Doctor Doom.