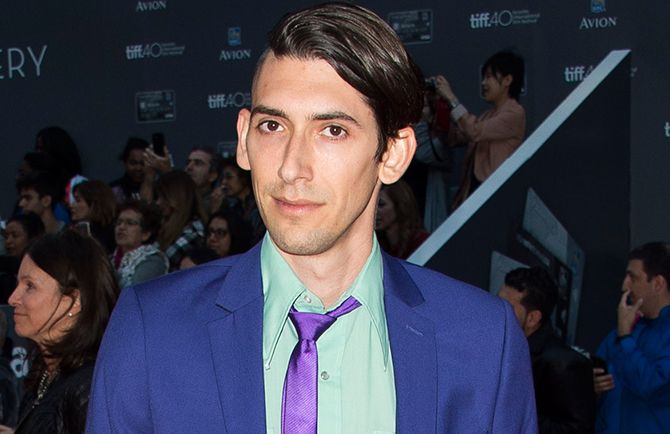 In the middle of the #MeToo era, the film industry no longer forgets so easily. Since the scandal of Harvey Weinstein’s sexual abuse was uncovered – who has just received the guilty verdict in the trial held in New York (Los Angeles is still to begin) – Hollywood is more alert than ever to predators that they circulated in silence. It has not been a week since the ex-producer received his verdict that another of the characters banished from the cinema for accusations of emotional and sexual abuse, has returned looking for work.Max Landis at the Toronto Festival in 2015 (AP Photo; Arthur Mola ; Gtres) MoreThis is Max Landis, the scriptwriter of science fiction films such as Chronicle (2012), and others with poor reception such as American Ultra (2015) and Bright (2017, Netlfix’s most expensive film to The Irish), who In June 2019, he was accused by eight women of psychological, sexual and rape abuse in an exclusive published by The Daily Beast. After the detailed exposé, Landis was unemployed and his manager stopped providing his services. And less than a year later he has reappeared through a new Instagram profile where he offers his services as an advisor for screenwriters. Scott Derrickson, the director of Doctor Strange (2016) and Sinister (2012), who uncovered the news He turned the information on Twitter with a tweet set on fire with indignation. “If you’re looking for a script advisor who is a dishonored writer and a sociopathic sexual predator, Max Landis is back online and open to business on Instagram.” If you’re looking for a script consultant who is a disgraced hack writer and sociopathic sexual predator / rapist – Max Landis is back online and open for Instagram business. pic.twitter.com/DABfHvJWUC– N O S ⋊ Ɔ I ᴚ ᴚ Ǝ ᗡ ⊥ ⊥ O Ɔ S (@scottderrickson) February 26, 2020 The news was received with the same outrage among his followers, with thousands of comments and retweets, especially since the new profile of Max Landis announced that the service offered would be active as of March 8. International Women’s Day, but who is Max Landis? He is nothing less than the son of director John Landis, the one who directed classics like Rogue at full throttle (1980), An American Werewolf in London (1981) and Michael Jackson’s legendary Thriller video clip. Born on August 3, 1985, he began his career as an extra in a couple of films and then launched into screenwriting. While success knocked on his door with Josh Trank’s low-budget tape, Chronicle – the same one that threw Michael B. Jordan into the star -, none of his later films got the applause of criticism or the good box office reception The rumors about his abusive behavior with women began to circulate in 2013 through an interview published by Jezebel, where he himself admitted to having cheated on a girlfriend he had left with “social anxiety, self-deprecation, body dysmorphia and a disorder food ”. I even left a little pearl that said: “I consider myself unique among men because I still think that interacting with me is like a privilege for another person.” These statements took place long before the birth of the #MeToo and Time’s Up era and the banishment of characters as Weinstein and Kevin Spacey; and Max Landis had the support that gives a success in Hollywood and being the son of a classic eminence in the industry. He continued selling scripts and even made his first steps as a director, even directed a video clip of Ariana Grande, while the accusations of harassment They were still roaming the net. It was in June 2019 when everything changed and his projects disappeared from the map. “Max Landis is a serial rapist, manipulator and physical and psychological abuser,” explains one of the alleged victims in the extensive Daily Beast report. “He held me and raped while I said‘ no ’over and over again. Then I hit his shoulder and said:: When someone says no, you are supposed to stop. What you just did is called rape. ‘ He said he thought we were playing and that I liked him. He didn’t care, “he said. Read more In the article, the alleged victims accuse him of insulting them, manipulating them to lose weight and criticizing them for their weight. and I think I laughed at something and he simply began to suffocate me to the point that I was about to faint ”revealed another of the women who testified. The victim described previously even added that, in his case, the screenwriter pretended that he was going to hit her to laugh when she got scared. “He constantly threatened to break me […] I flirted in front of me. On multiple occasions he referred to me as his ex-girlfriend in front of girls at parties we had gone to as a couple, “he said. Another of the women maintains that he groped her in public during a trip to Disneyland, repeating the violent attitude when they were at the In addition, the media adds that a woman went to the police to accuse him of allegedly taking advantage of her when she was alcoholized and having tried to rape her, although she decided not to continue with the accusation in court. Shortly after, the director of Chronicle, Josh Trank, separated from any relationship with the screenwriter stating on Twitter that he believed “100% of the report” and that he had been banned from visiting the set of that production, adding that they had not spoken since 2012. “Read the terror he has inflicted on so many women since then it makes me nauseous. ” Since then, the filmmaker has removed the tweet from your profile

Max Landis never admitted the accusations; Nor did the alleged victims file charges. At least it was never announced that they did. In a post on his Instagram profile there is an answer to the matter (published on February 11) where he says that if he makes peace with the controversy “it will not be an eloquent public relations movement.” He adds that he is repairing his life and relationships after the scandal but that he still “does not feel comfortable giving an apology or denial” because he feels “that he has not yet finished processing the situation in a healthy way.” For several weeks he has been posting videos on YouTube reviewing films and promoting a script that supposedly just ended, but a few days ago he opened another profile to offer his services as a script advisor for writers, GlassPlanetConsulting. There he announces that the value of the first 30 minutes of a session will be donated to a charity and that the rest of the meetings would increase in value to what the person can pay. In turn, he warns that meetings would be recorded to “protect creativity.” When Scott Derrickson announced to the world of Max Landis’ professional return a few hours ago, the new profile showed March 8, International Women’s Day, as the market launch date. We verify it. Now, shortly after, it has changed to March 10. Surely it has already echoed the controversy in networks … More stories that may interest you: