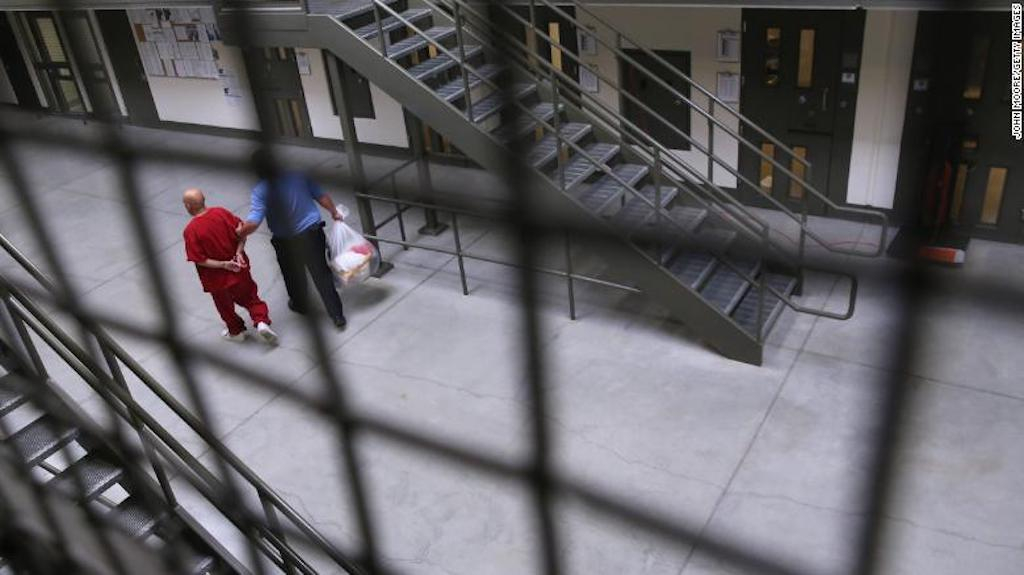 (WAB NEWS) – When Kamyar Samimi, 64, died in ICE custody, the agency issued a routine press release saying the preliminary cause of his death was cardiac arrest. The agency boasted that it spent almost $ 200 million annually in health care services for detainees, and said it "provides comprehensive medical care from the moment the detainees arrive and throughout their stay."

What the press release did not say was that Samimi's death occurred after a series of failures in his medical care, the type of failures that have been repeatedly identified in government investigations of the care provided in immigrant detention centers in the last years.

Samimi, an Iranian man who was detained for ICE in Aurora, Colorado, had been complaining of vomiting and pain for weeks before his death in 2017, according to ICE's research on his treatment. Upon arrival, he had told medical staff that he had been taking methadone, a pain reliever commonly used to treat opioid addiction, since he injured his back in a car accident. The man said he was beginning to feel withdrawal symptoms, but the nurses told investigators they had no opioid withdrawal training.

The ICE report, which involved an external analysis of his treatment and that, like other death reviews, did not directly relate medical failures to his death, also found that the facility had been without a nursing director and another medical provider for more than six months About a week before Samimi died, he was found unconscious on the floor of his cell, but was not sent to the hospital. And on the day of his death, a nurse tried to call the doctor several times for help after the man seemed to have suffered a seizure, but the doctor did not answer or return any of those calls.

Death investigations, including those of Samimi, as well as critical government audits, have raised troubling questions about the quality of medical care at facilities used to retain immigrants. One of the main private contractors who provide medical care at these facilities, which employed the doctor at the detention center where Samimi was located, is a massive company known as Wellpath, formerly Correct Care Solutions.

This company was the focus of a recent CNN investigation that exposed how it has provided poor care that has caused deaths and other serious outcomes that could have been avoided. Through records and interviews with current and former employees, CNN showed how the company has relied on inexperienced workers, offered minimal training and facilities with little staff, and how its employees were unable to give inmates the emergency care they needed.

Wellpath also works in some of the largest detention centers in the country, where ICE holds thousands of immigrants, many of whom have been arrested for illegally entering the United States.

In addition to at least five death reviews conducted by ICE that specifically cite problems with the treatment of the immigrant detainee contractor, a recent class action lawsuit highlighted the company's problematic history and called the decision to choose medical contractors such as Wellpath as “disturbing” . In the lawsuit, more than a dozen current detainees in a variety of detention centers accuse ICE of violating the United States Constitution by denying them adequate medical care and not providing stronger supervision.

ICE did not comment on Wellpath, but in response to the lawsuit, an official said that “all ICE detainees, regardless of location, can expect timely and appropriate responses to emergency medical requests, and appropriate medical attention to the expected duration of detention ”.

Wellpath did not comment on the lawsuit or government findings about detainees and specific facilities, but said in a statement that he is confident that his "team made the best possible care decisions with the information they had available."

"Our compassionate team of doctors, nurses and health care providers works with our partners to provide high quality medical care in a clinical setting where safety is the top priority," the company said.

Look: Mike Pence responds to what he saw in detention centers

The private contractor GEO Group operates several immigrant detention centers where Wellpath provides medical care, and employed nurses and other medical staff at the center where Samimi died. The company declined to comment.

One of the plaintiffs in the class action lawsuit, Martín Muñoz, has type 2 diabetes and was detained at the ICE Processing Center in California – where Wellpath is the medical provider – for more than two years. He alleges that he was given more than triple his regular dose of insulin, which resulted in an overdose. He says he was not seen by a doctor after overdose, and that there have been multiple occasions when he has not been given his insulin or blood pressure medications.

The lawsuit states that he was without insulin for six days in February and 10 days in the middle of the year, two weeks without blood pressure medications in the spring and no cholesterol medications for a week in July. Muñoz, who has lived in the United States for over 40 years, recently worked as a maintenance staff and has four children who are US citizens.

Another current detainee at the Adelanto facility alleges that he lost vision in one eye when he was not given recommended surgery, while a man held at the Mesa Verde immigrant detention center in California, where Wellpath is also the medical provider, He states in the lawsuit that he has not received treatment for a severe parasite in his brain.

At least 27 people have died while in ICE custody since 2017, according to the Southern Poverty Law Center, one of several defense organizations involved in the lawsuit. An ICE official said in a statement that "statistically, ICE custody deaths occur approximately 100 times less frequently (than) in federal and state custody across the country."

Lawmakers who have previously criticized conditions and medical care at ICE facilities have also expressed serious concerns to CNN about Wellpath.

"The reports of widespread and sometimes fatal deficiencies in medical care provided by Correct Care Solutions … are deeply worrisome," said Senator Kamala Harris, a Democrat from California, in a statement provided to CNN. "The United States government has a moral obligation to respect the dignity of each individual in their care, and that mission is seriously compromised when government agencies transfer responsibility to private corporations incentivized to reduce costs and make a profit."

In December 2018, Harris and a group of other California lawmakers wrote a letter to ICE, condemning the agency for the "heinous violations" identified during an inspection of the Adelanto Detention Center.

In its 2018 report, a control agency of the Department of Homeland Security said it had discovered that detainees "did not have timely access to adequate medical care" and that doctors indicated that they had seen patients who had not actually visited. ICE said at the time that the findings are taken seriously and that it will conduct a review to ensure that the standards are met.

"We must ensure that the migrants in our custody are treated with the care and respect they deserve," Rep. Scott Peters, a Democrat from California, told CNN. "Wellpath should be properly investigated and no contract should be awarded until such investigation is completed."

Colorado representative Jason Crow said he has similar concerns about medical care at the immigrant detention center in his district, the Aurora facility where Samimi died.

The ACLU of Colorado recently published a report condemning Samimi's medical care, saying the doctor "made the medically unjustifiable decision to suspend the prescribed methadone." Samimi even called a friend and told him he was "hellishly ill" and that "I'm dying here," according to a report of his death obtained by the organization and Rocky Mountain PBS.

The ACLU is currently suing ICE in an attempt to obtain more records about what happened.

"ICE arrested a man who had lived in the United States for more than four decades, and 15 days later he died under the care of ICE," the ACLU said in a statement about Samimi's death. "The public deserves to know more."

Do you have information to share? Email us at [email protected]