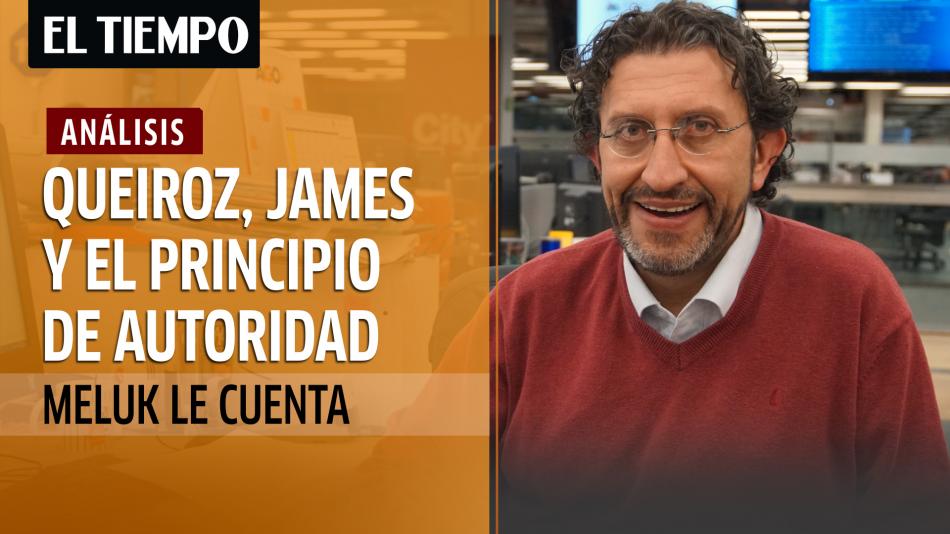 They say that people have to be believed. However, the sources must be confronted and verified. This Tuesday, Carlos Queiroz, the coach of the Colombian National Team, in a speech of authority, in a speech of governance and with a voice of command, said that: that he commanded.

Yes, he said without his voice shaking, that he as technical director, in use of his powers and considering, decided not to call James or Falcao for friendly matches against Chile, on Saturday, and Algeria, on Tuesday next week.

His version, in which he assures that James never asked him or hinted at the possibility of not being called, is that: his version, the official one, that of the technician who fundamentally protects his authority. He who commands, then rules.

In a soccer team the one that gives the orders is the DT, not the soccer players. The one who decides who is on the list is the DT, not the players and less the ‘bonnets’. That is the principle of authority. What Queiroz did was publicly reaffirm his command and emphasize that he who makes the decisions without agreements is he, not James.

It is well known (I know as many other colleagues who also find out and ask in Madrid, Alicante and Bogotá) that Queiroz and James spoke before the call and that the product of that conversation James is not in the National Team today. Who took the initiative? That is the puzzle.

Several Spanish media in Madrid and Barcelona published that James did agree with the DT not to be in the National Team this time to dedicate himself to Real Madrid, in which he is a substitute. And if so, that is not a sin. However, Queiroz emphatically denied that. "Pure speculation," he said.

In favor of discussion, let us admit that the technician, in his legitimate power, took James out of this call after the talk they had and that yesterday he told the fans all the truth and nothing but the truth. If so, then several of his statements sounded mocking: “We did not stay to mourn. We would love to have Valderrama here, but it is not there. ” Saying that is disrespectful to the fans and critics. It is a simplistic way out, an easy argument. Burda It is unusual for Queiroz, a technician with a long and important career, to justify that James is not there because Carlos Valderrama is not there.

We are talking about the best Colombian soccer player of today and, if they hurry me, of all time; of a crac of 28 years in force, very current; claimed as holder of the Real by fans and analysts more Real Madrid than a squid sandwich in the Plaza Mayor. James is, this Wednesday, the cover, the cover, of the newspaper Marca.

The decisions of Queiroz, and more those related to the best soccer player in the country, of the National Team, of course, that admit differences, debates and criticisms. Every honeymoon ends.

In social networks, several wrote by denying James. It's his opinion. But suppose James was the ‘trunk’ they say. Let me tell you that James is by far, from far, far away, the best soccer player Colombia has today. It's that simple.

Queiroz stressed his legitimate command and authority. And everyone knows that whoever commands, commands, though …