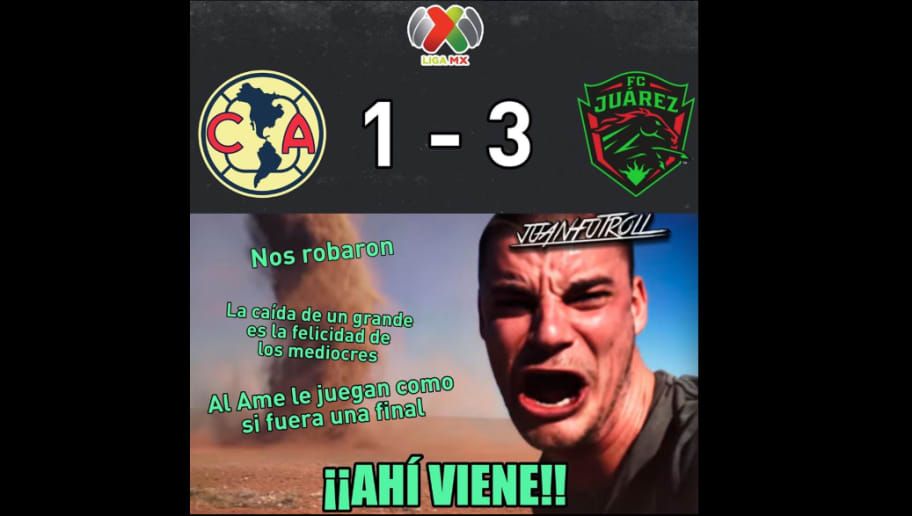 This Saturday was very futbolero with several matches of Day 4 of the Clausura 2020 Tournament, with little expected results, since the Rayados champion fell 1-2 against Querétaro last minute, while the runner-up America did not take advantage either the support in the Azteca Stadium when falling against Bravos de Juárez by a score of 1-3.In the Morelos Stadium, Morelia lost 1-2 to León, with an Angel Mena still plugged in; Necaxa did respect his house and doubled Puebla; Pachuca also hit Tigres 2-0; and finally, Santos Laguna and Pumas divided units by drawing 1-1.Now we leave them with the best ‘memes’ of Saturday activity: Without a doubt who bet on the Roosters became a millionaire … Many did not know that they played … There are always parents for life … Now if La Fiera played well and won … As is recent, they continued to make fun of Chivas’ misfortune … This is how they look at the rest of the fans of the Americanists … In less than half an hour and the Azulcremas fans were already presenting the terrible end … The theme of Rodolfo Pizarro and his possible departure to Inter Miami from MLS causes comments … On the other hand, the royals were waiting for the help of the VAR … The two from the north now fell … The felines of the UNAM lost the championship but still do not lose … Anyway , the taste lasted little … And the Auriazules fans can no longer boast it … Guillermo Ochoa saved some some, but also failed in the goals … Jefferson Intriago imposing fashion in the Aztec … It was not a good Saturday for the university … Once again Bravos hit them … By if they didn’t know, Atlas beat Xolos on Friday … And now what will they make fun of? There will always be excuses … If so, it’s time to face the inevitable … Pain from a father … Few are like that … They waited for the moment … What the Greatest did, his son could not do … Yes, we know, the anti-Americanists Are they happy … Will he bury his career so soon? The borderlands were too much for the Eagles … The usual speech … And the ‘King of the Comebacks’? His detractors they were the funniest … But the juarenses gave them a ride … Adonai Escobedo threw Jorge Sánchez in less than a minute … Someone misses Guido Rodríguez … The perfect plan for this end of sema na … Neither one nor the other … Waters, there comes Dorados! The Americanists’ letters to Guido are not taking long … The champion still does not wake up … The excuses are coming. .. Who dared to call them stuffing? Until next time!