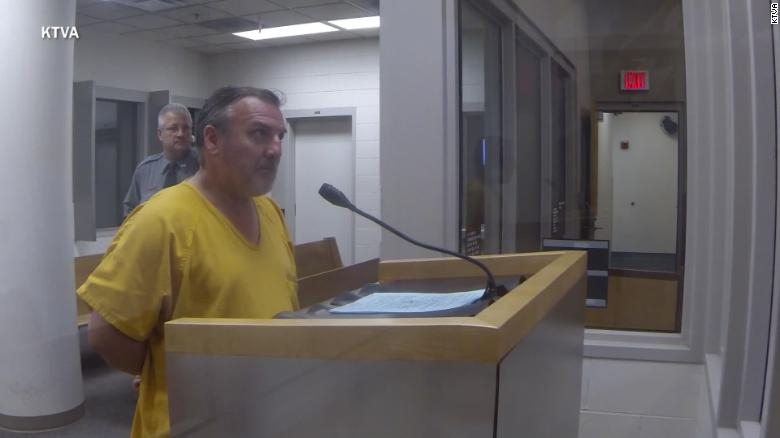 Brian Steven Smith was identified as a crime suspect.

A 48-year-old man was charged with murder in Alaska after authorities said an SD memory card found on the street contained videos and images of him killing a woman.

On September 30, a woman called police in Anchorage to report a horrible discovery.

She said she had found an SD card that contained photos and videos of another strangled woman, beaten and raped, according to an affidavit of the criminal complaint. The SD card was labeled “homicide in downtown Marriott,” authorities said.

They found disturbing images of a naked woman beaten and bloody on the floor next to a bed, according to the affidavit. The videos show the woman being strangled and struggling to breathe while a man laughs, according to the document.

Detectives determined that the woman in the photos and videos was killed during the first week of September, police said in a statement.

Two days after the SD card was delivered, police said they responded to a call about human remains that had been found near the Seward Highway in the southern part of the city. The remains, they believed, were of the woman in the photos and videos.

According to the affidavit, a man named Brian Smith registered at the TownePlace Suites by Marriott in Anchorage, from September 2 to 4. The carpet in the images and the video matches the carpet of that hotel, according to the document.

Smith did not file a guilty plea when he appeared in court for a reading of charges on Wednesday. He will probably be assigned a public defender on Monday, according to the Public Defense Agency.

The victim’s name has not yet been revealed, although the affidavit described her as dark-haired, “possibly an Alaskan native.” Police said detectives were working to confirm their identity and that the department would disclose their name once their relatives were notified of their death.