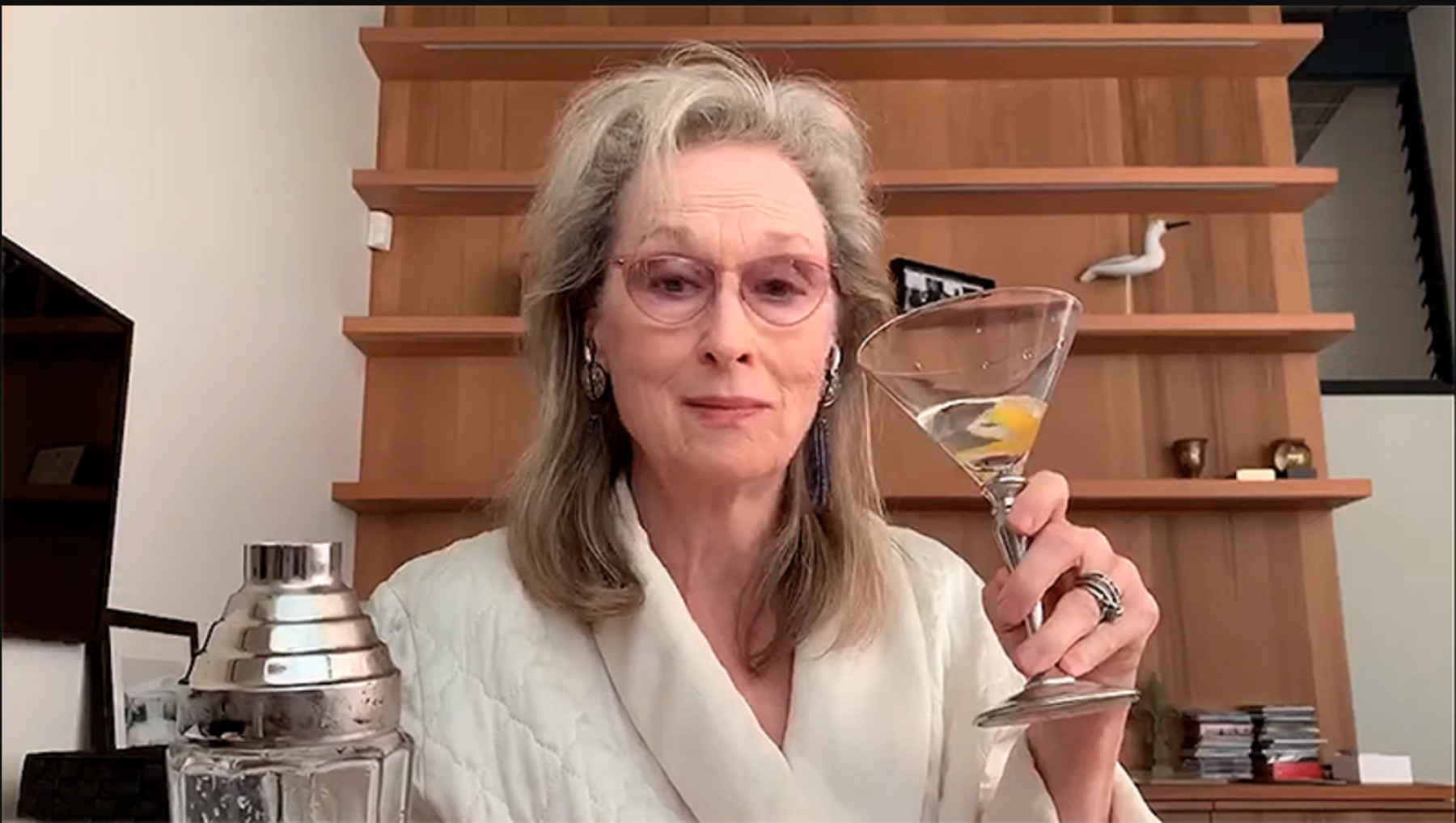 The actress along with the stars Christine Baranski and Audra McDonald performed the song ‘The ladies who lunch’ to honor the composer Stephen Sondheim.

During his isolation from the Coronavirus pandemic, Meryl Streep she has spent these last months at home and during her voluntary quarantine contacted her friends Christine Baranski and Audra McDonald in order to pay tribute to one of the most famous American composers.

Through a video conference, the actress interpreted the theme ‘The ladies who lunch’ together with the other actresses to join the gala Take Me To The World: A Sondheim 90th Birthday Celebration, with which the American musical theater celebrated the 90 years that Stephen Sondheim fulfilled on March 22.

The song that the three actresses chose to interpret belongs to the musical comedy Sondheim Company, whose Broadway premiere turned 50.

From their respective houses and dressed in a white coat, Meryl Streep, Christine Baranski and Audra McDonald They sang while drinking wine and from the fun they look you can see they had a great time.

In the clip you can see Streep Very smiling and with glasses, she even takes it directly from the bottle of whiskey after preparing a cocktail.

You can also see Christine Baranski pour wine and Audra McDonald opening a bottle of whiskey. The three actresses gave way to their interpretation with the phrase: “I would like to propose a toast.”

Stephen Sondheim He has been recognized throughout his life with an Oscar, eight Tony Awards, eight Grammy awards and was awarded a Pulitzer, as well as being awarded the Presidential Medal of Freedom in 2015.