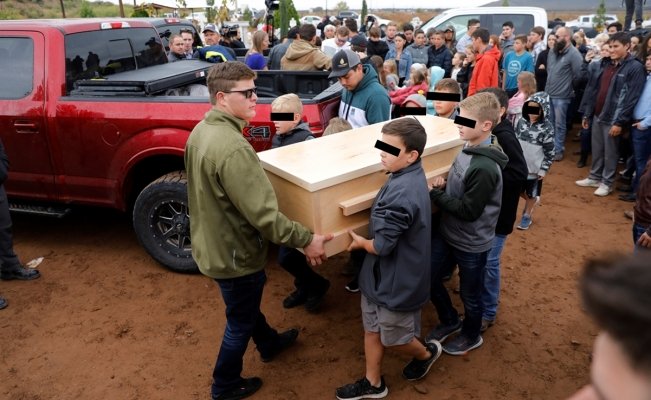 In a report published by NBC, experts affirm that the Mexican State is fragile, this after the ambush of a cartel that claimed the lives of three women and six children from a community of citizens with dual citizenship in the limits of Sonora and Chihuahua.

Analysts said the fact against the LeBarón and Lagnford families demonstrates the fragility of the institutions.

Guadalupe Correa-Cabrera, a professor of politics and government at George Mason University in Fairfax, Virginia, says: "What we saw were innocent victims, women and children, in a crossfire or in a direct attack by criminal organizations in a region which is controlled by criminal groups. "

Duncan Wood, director of the Wilson Center Institute of Mexico, said the massacre showed how vulnerable populations are to criminals and the government's inability to protect them.

"There are large parts of Mexican territory where there is an absence of the State and the population is very vulnerable," he said.

Wood declares that the authorities lack effective capacities to investigate. In addition, it highlights: "The Mexican system is still broken."

"This showed the weakness of the Mexican State against criminal organizations, in this case, against the Sinaloa Cartel," Correa-Cabrera said. He said he also "demonstrated the lack of a coherent strategy against criminals and the lack of coordination between the different security agencies in Mexico."

Wood said: "The Mexican government sends the message to organized crime that they did not think with understanding of their security strategy and certainly have not made it public."

The expert said that after the killing this week, it is seen that the criminals are "emboldened."

He added that in the recent past, criminal organizations have not killed Americans because of the reaction of the American Union government. And the answer in this case can send you a message.

"Unless there is a credible response from the Mexican and US authorities, what is the lesson that organized crime will learn," he said.