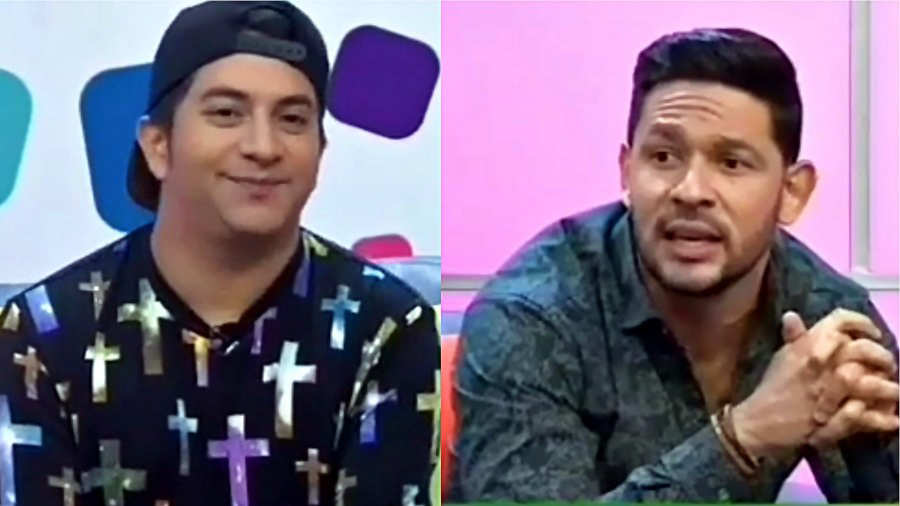 The Mexican comedian complained on Instagram of the alleged lack of interest shown by Alex Carranza, host of Viva the morning during an interview. The former driver of Calle 7 gave his version of what happened.

Alex Carranza, one of the presenters of the program "Long live the morning", never imagined that the interview he made to Mexican comedian and youtuber Mario Aguilar last Thursday would give much to talk about in social networks. And it wasn't precisely because of the content of the conversation, but because of Aguilar's complaints on his Instagram account after visiting the television channel.

The influencer hung four images with texts in his stories with which he lamented the alleged lack of interest by the national communicator.

Mario Aguilar for his videos where he plays a typical Latin mom. EDH / Instagram photo

“I was in a program in El Salvador called Viva la noche and the boy who interviewed me did not even know what scrubs I was doing here in El Salvador. So, the interview, literally, I did it on my own, because he didn't ask me anything, he didn't know how to do an interview because he couldn't read what we gave him, he didn't want to, I think, ”said the comedian, who visited the country to promote its show that will offer in November.

Aguilar's annoyance would have been for Alex's alleged disinterest in wanting to delve into his artistic career and the characters he plays in his show and in the videos he constantly uploads on Facebook and YouTube.

The Mexican comedian said it was he who did the interview. Photo EDH / Photocapture Instagram

Aguilar's complaints were seen by Carranza, who did not hesitate to use his Facebook account to explain what had happened, to give his point of view about it and to reproach the comments of the Mexican actor, whom he described as “arrogant” and "haughty".

“So, the situation: today a young man arrived at the program that I and many of us did not know (sorry, but I'm not involved in that of YouTube) Well, the arrogant young arrogant, bothered from the coordinator to the makeup artist just because we didn't know who was; I approached and said ‘how are you? Tell me what your event is about, 'and all that, and he left me with the word in his mouth while he was watching his cell phone. Do you think that is worthy of respect and follow? ”Wrote Carranza.

In the publication, the television presenter also made it clear that he and no one has the obligation to share the tastes of all people.

“I will only say two things: 1-No one forces you to follow everyone's tastes. 2- Not even 6 million followers give education and respect, they teach that at home. I don't have that many followers but today I would like to, just so they really know what happened, ”Alex said.

Mario Aguilar, who is famous for playing a peculiar Latin mom, has not responded to the accusations made by Carranza.