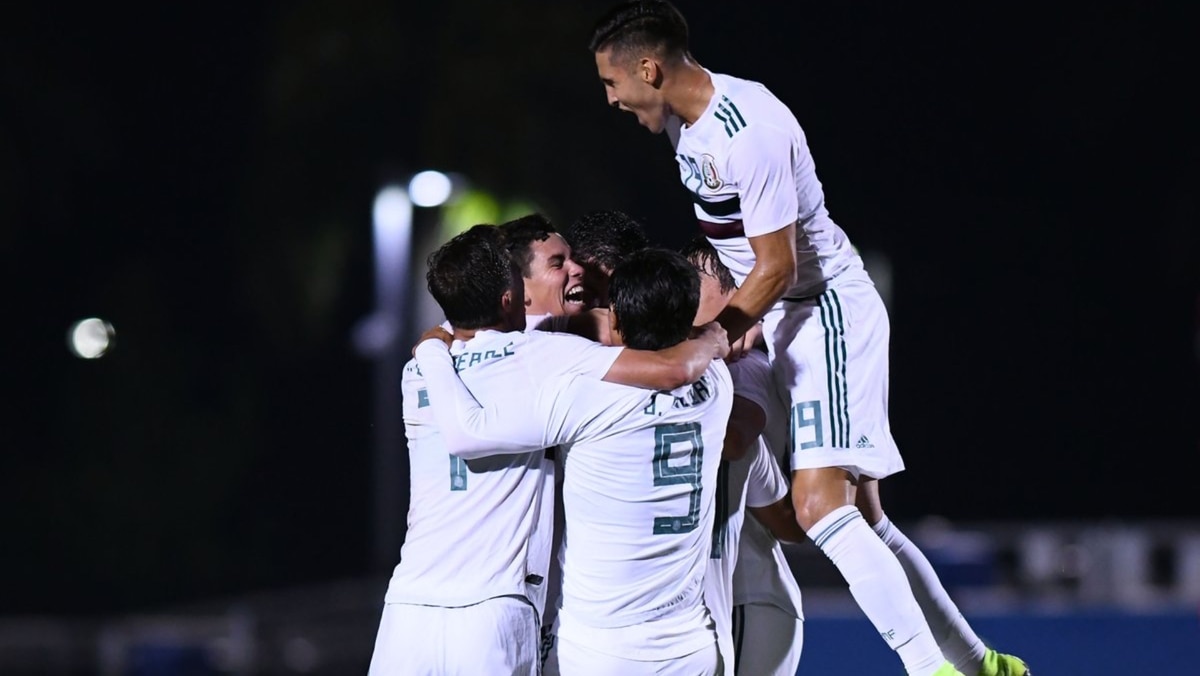 The Mexican national team beat Trinidad and Tobago on Wednesday in a friendly preparation match for the end of the year duels that the “Tri” will face in the first phase of the League of Nations of Concacaf.

The call of Argentine coach Gerardo "Tata" Martino, unlike the FIFA dates, was made up entirely of local soccer players, who will face the nascent Concacaf tournament this October and November.

The meeting was held at the Nemesio Diez stadium, better known as “La Bombonera”, in Toluca, the capital of the State of Mexico, located about 56 kilometers southwest of the country's capital, and will begin at 9:06 p.m. (time from the center of Mexico).

END OF THE MATCH: Mexico beat Trinidad and Tobago 2-0. Macías and Angulo scored the goals for “Tri”.

90 ′ minute: Francisco Venegas finished off a free kick over the barrier in one of the last plays of the game and one of the few approaches in the duel close.

Minute 85 ′: The game is played mostly in midfield and became a meeting full of interruptions. The fans begin to withdraw from the stadium.

Minute 75 ′: Mexico practically made modifications that altered half of the team that came out as a starter. The game, distorted for several minutes, is a process for both teams in the final stretch.

Minute 70 ′: The fans, demanding, whistle for the lack of intensity and desire to score from the premises. Pressed by his own fans, Arteaga generated a dangerous play with a medium distance shot.

Minute 65 ′: The game entered an area where not much happens: the constant changes in both teams let go of the players, which print a tiring rhythm to the duel.

Minute 60 ′: The Trinidadians have not made any archery in the entire game and they feel drowned. Toluca is about 2,700 meters above sea level. Paulo Yrizar sent a shot to the post.

Minute 55 ′: Good shot of Macías, but Phillip, one of the best among the Caribbean, cleared his shot. Mexico loitering the rival area.

Minute 50 ′: The game remains very similar to the development of the first half: Mexico surpasses visitors from possession, but the pace is getting lower and the Trinidadians do not offer resistance.

Time: Mexico dominates Trinidad and Tobago smoothly, as expected. Angulo and Macías scored the goals of the 2-0 partial victory of the Aztec team.

Minute 40 ′: The pace has decreased after the Mexican annotations. The locals stopped insisting on the Trinitarian area and visitors suffer from their own helplessness.

Minute 35 ′: The Aztecs were on the verge of converting the third goal. Cristian Calderón shot a cross center, but Phillip halted a treacherous ball in two stages.

30 ′ minute: GOL DE MEXICO! Jesús Angulo, after a detour, expands the score: the Aztecs already win the Trinitarians 2-0, drowning at the height of the city of Toluco.

Minute 22 ′: GOAL OF MEXICO! Macías, the goal scorer for León, drove the ball after a serious error by the Caribbean defense and finished off with a loose reaction from Phillip. He already wins the "Tri" in Toluca 1-0.

17 ′ minute: For the first time in the game, visitors take a break. They have managed to avoid the Mexican siege and have even got a free kick in favor in the opposite field.

12 ′ minute: Jesús Angulo asked for a penalty, but the referee did not score it. In the absence of the VAR (Video Arbitration System), there was no review. The Trinitarian player would seem to interrupt the shooting of the Aztec midfielder.

Minute 10 ′: Also Macías missed the goal for the locals! The Trinitarians are far behind in the field, but they are not effective. Neither are the Mexican attackers so far, although they have been found free in the rival area.

Minute 7 ′: Save the Caribbean! Goalkeeper Marvin Phillip cut a clear header from Érick Aguirre, who missed the first shout of a Mexican goal.

Minute 5 ′: The "Tri" seeks above all to attack on the sides, with the climbs of Calderón and Rodriguez, but for now the game is slow and without arrivals to the areas.

Minute 1 ′: The match began in Toluca! Mexico seeks to control the ball and the Trinidadians concentrate mainly on their field.

In the previous duel, a message from the Mexican Football Federation that read: “Support the national team without offending the rival. Do not stay #FueraDeJuego ”.