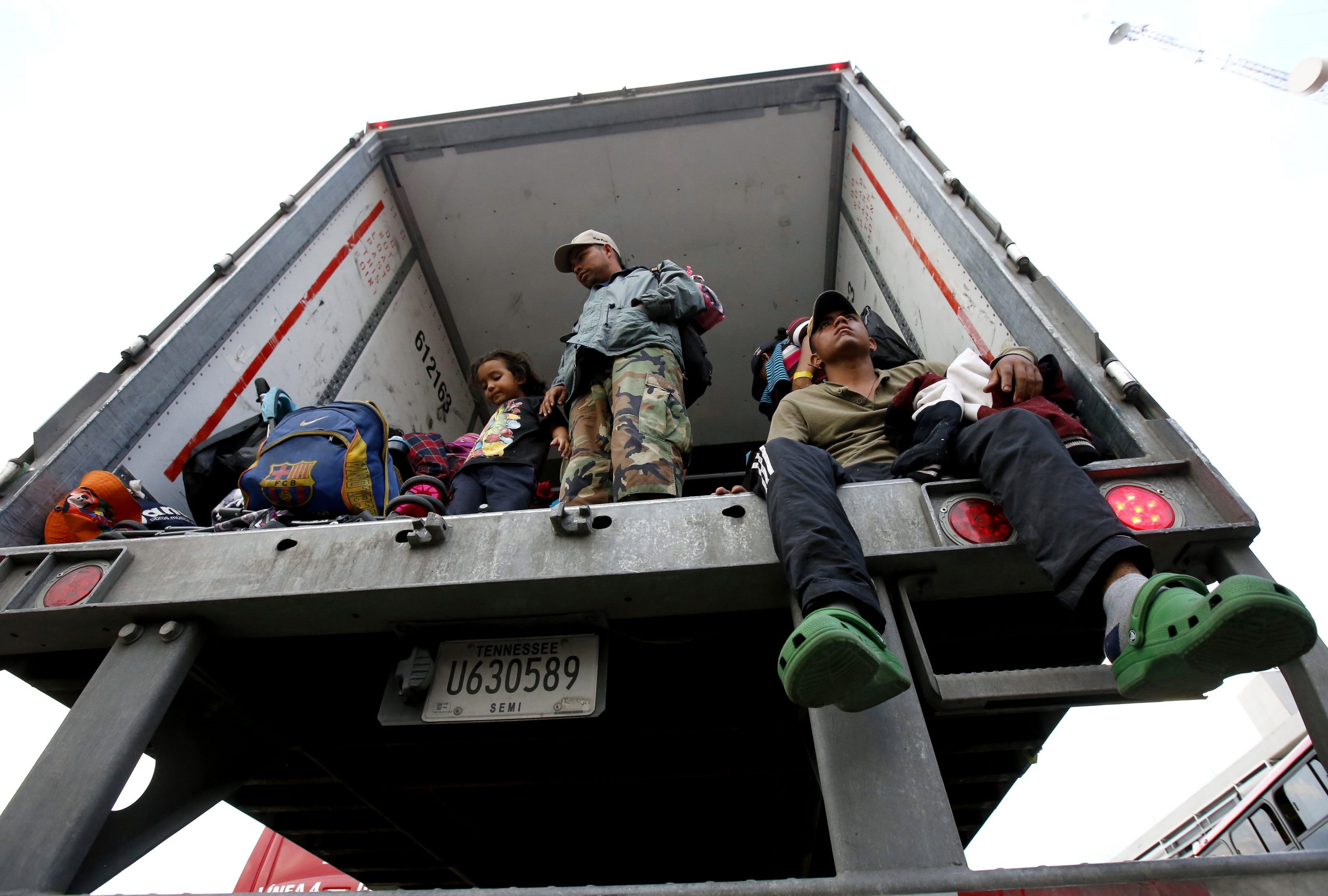 TAPACHULA, Mexico (AP) – The Mexican government seems to have changed its strategy after the August operations, in which United Nations agencies denounced the excessive use of force against migrants, and now it is not trying to convince the caravan – that For a week he has been moving around the south of the country – that he accepts his proposals for regularization and insists on denouncing that the most vulnerable are being manipulated.

“The National Institute of Migration emphasizes that the health and lives of people are not being played with” and that the most vulnerable should not be used “for media purposes,” the INM said in a statement on Saturday.

The INM recalled that its offer to give humanitarian visas to pregnant women who are minors, sick and disabled, rejected by the activists who accompany the group – Luis García Villagrán, from the Centro de Dignificación Humana AC, and Irineo Mujica, from Pueblos sin Frontera – still stands. and that the Institute “does not intend or seek the separation of families, but rather to maintain their unity and integration.”

Migrants are suspicious given the Mexican immigration agency’s decades-long history of corruption, abuse and ties to organized crime. But also because, already with this government, migrants who show documents that, in theory, should allow them to move freely through the country, are returned to the south of the country and the authorities have anomalously abandoned hundreds of migrants at inhospitable border points. from the border with Guatemala even if they were not Guatemalan.

“We are going to arrange papers in the DF (Mexico City) if God allows,” said Dina Maritza, a Honduran woman who, although traveling with four children, said that she will not stop and that she does not plan to return to Tapachula – the city near the border. with Guatemala from where the caravan left on Saturday, October 23. Maritza had been there for six months trying what they now apparently propose in a simple way: to regularize.

Dayana Flores, another Honduran mother whose baby had to be cared for due to infection and fever, agrees.

“We do not accept the government because we want to walk and get to Mexico City,” he said.

Despite the logical mistrust, the regularization offer represents a change in the executive’s strategy.

The government of President Andrés Manuel López Obrador issued thousands of humanitarian visas at the beginning of his term, between the end of 2018 and the beginning of 2019, to try to regularize the status of many of the members of the massive caravans that were then passing through Mexico.

But after pressure and threats from former United States President Donald Trump, immigration policy tightened to focus on the containment and return of migrants, and thousands of elements of the National Guard were deployed to stop the caravans, a trend that was has maintained from mid-2019 until now.

The situation of children, around a thousand of the approximately 4,000 people who make up the caravan, is one of the most worrying in the current group and that is why from Friday they chose to start walking in the afternoon-night, to avoid the scorching sun of the area. On Saturday they had planned to arrive in Mapstepec, in Chiapas, just over 100 kilometers from Tapachula.