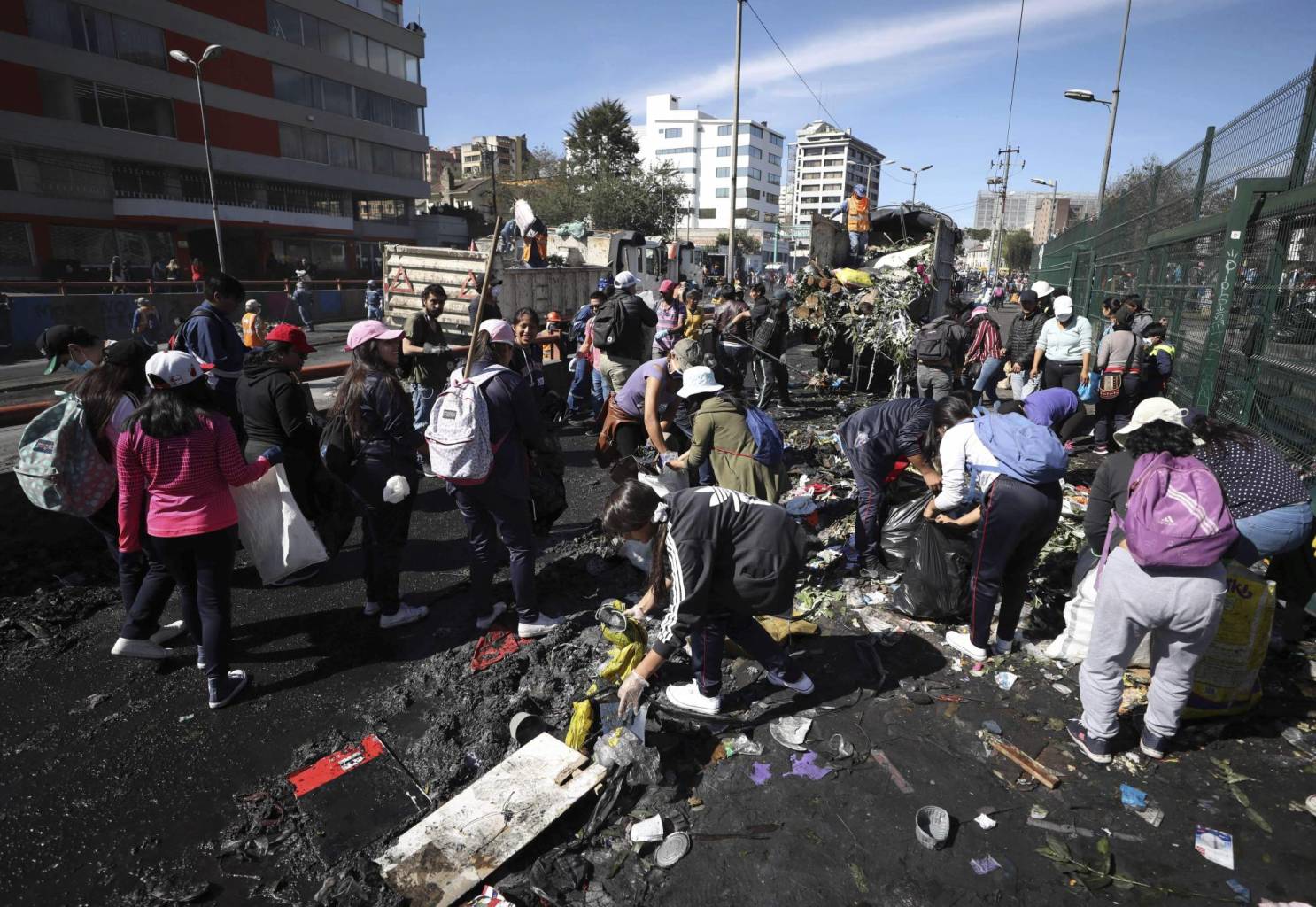 QUITO (AP) – The Mexican embassy in Quito has given protection to three other Ecuadorian opposition politicians who still do not have processes or accusations, after a national strike during which hooded groups attacked and burned the Comptroller, an entity that investigates corruption during the government of ex-president Rafael Correa.

On October 12, the entrance to the embassy of the former president of the Assembly, Gabriela Rivadeneira, was notified, arguing that law enforcement was following her out of court.

He added that "our country reiterates its commitment to the respect, protection and promotion of the human rights of all people, regardless of their political affinity" and that reaffirms their position of non-intervention and their desire for a democratic, peaceful and dialogue exit to the situation through which Ecuador crosses ”.

The Associated Press called the chancellery but did not comment on it.

Around the violent events that occurred over the weekend, especially in this city, Paola Pabón, prefect (governor) of Pichincha, whose capital is Quito, was arrested on October 14, for preliminary investigations that led to the president of the provincial court, Julio Arrieta, to have pretrial detention for her, citing criminal articles about destabilizing the state.

The ex-assemblyman Virgilio Hernández is also wanted by the police, who along with those who took refuge in the Mexican embassy are very close to Correa.

Former Vice President Jorge Glas, several ministers and other senior officials are detained or prosecuted for accusations of millionaire acts of corruption with public funds and the attack on the Comptroller.