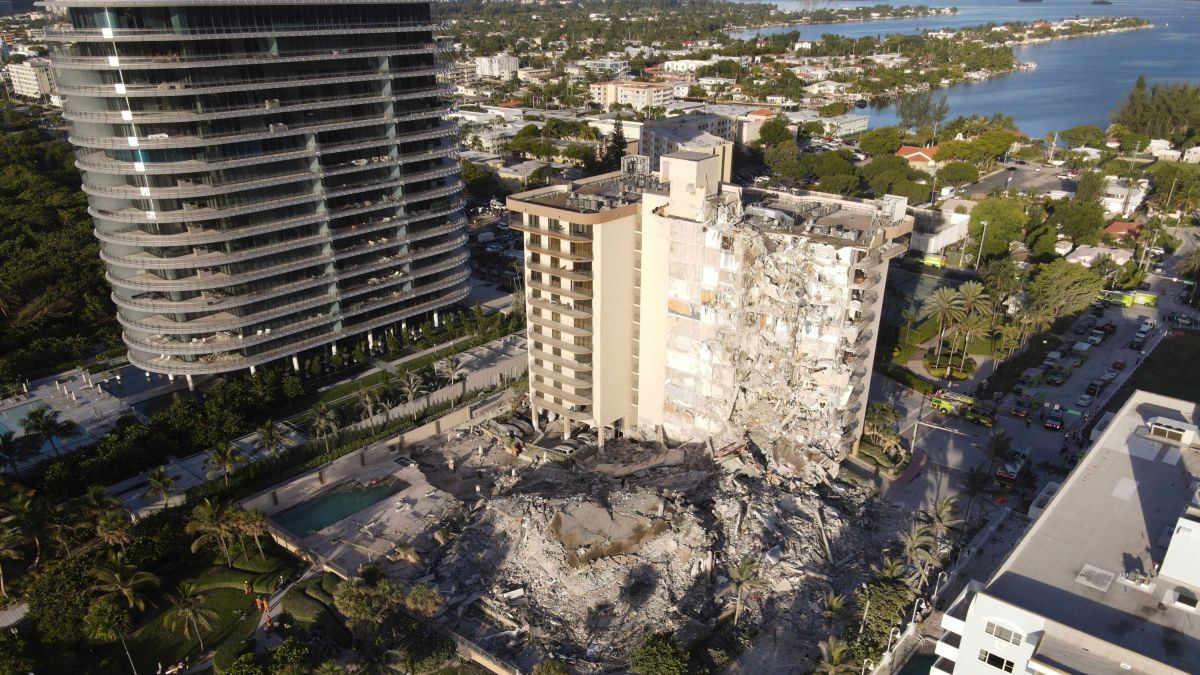 Three bodies that have not yet been identified were removed from the rubble overnight. The first victim was found yesterday, hours after the incident.

“The search and rescue continued overnight from above and below. Unfortunately we have to report that the number of people who died increased to four. It has been a tragic situation ”, expressed Devine Cava in a press conference.

For their part, the firefighters team said that the search and rescue mission continues both above and below the rubble and that they continue to search for people alive.

However, the number of missing persons increased to 159. That number ended yesterday night at 99. The mayor mentioned that the numbers will continue to flow and that they will be released in due course.

Likewise, it was reported that the number of rescued or safe people rose to 120.

“At the reunification center we are giving all the support that families need. We have received many donations and we do not need more at the moment. We will continue with all the strength that we can. We are working hard and now we have the support of the state and FEMA, which will now be helping us, by authorization of the president, ”said the mayor.

At least six Puerto Ricans are among those who have not yet been located.

The Champlain Towers South Condominium partially collapsed around 1:30 am yesterday, which caused a strong mobilization of the authorities in the city of Surfside in Miami-Dade County, in the south of the state of Florida.

In the early hours of the morning, it was reported that some 80 firefighting units were carrying out rescue work in an attempt to save the largest number of people affected by the collapse. 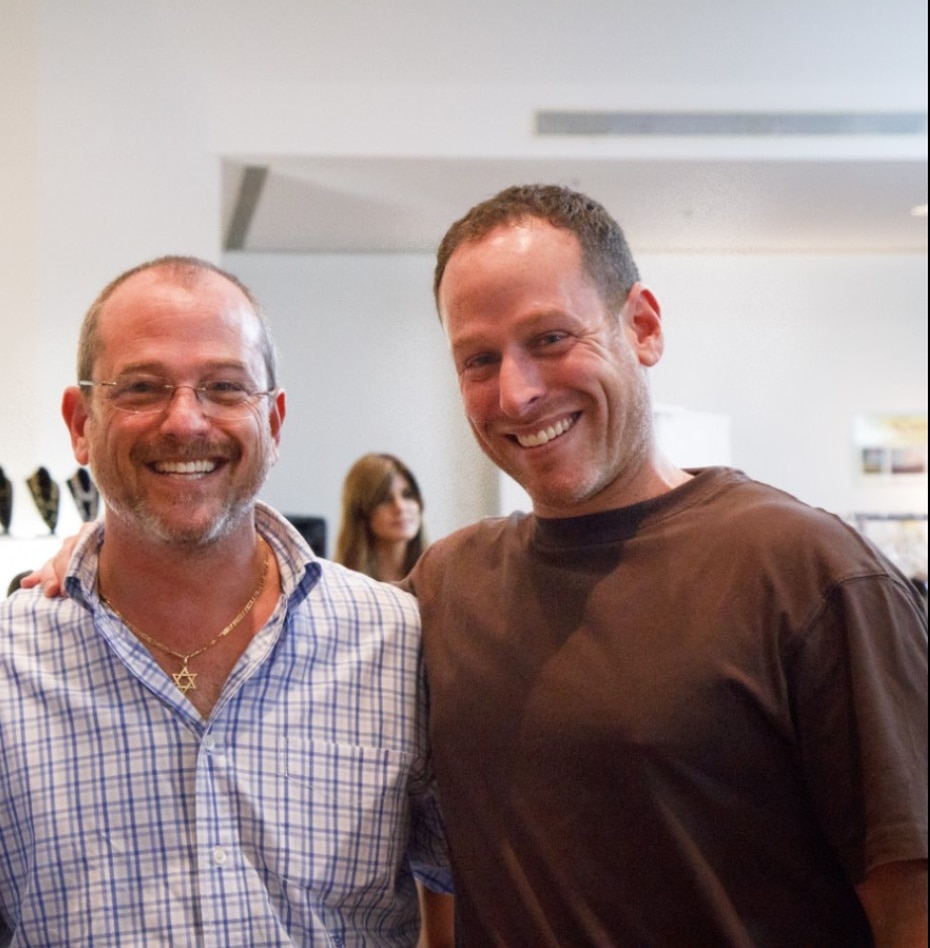 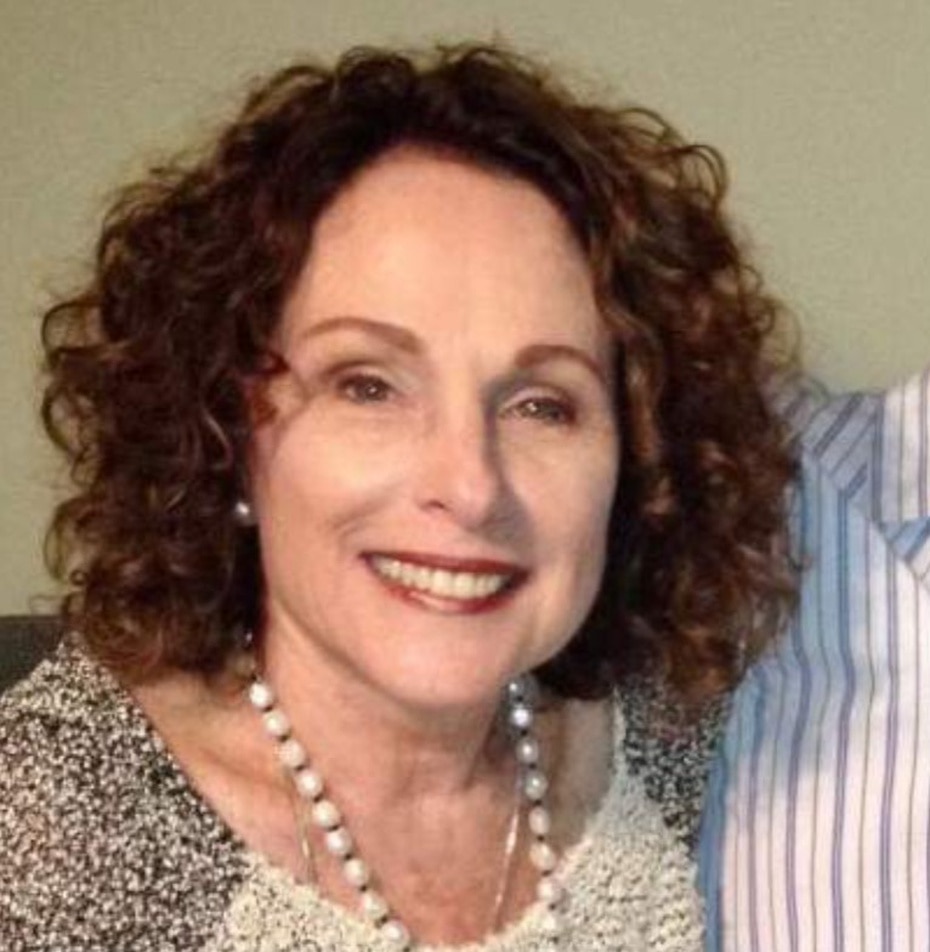 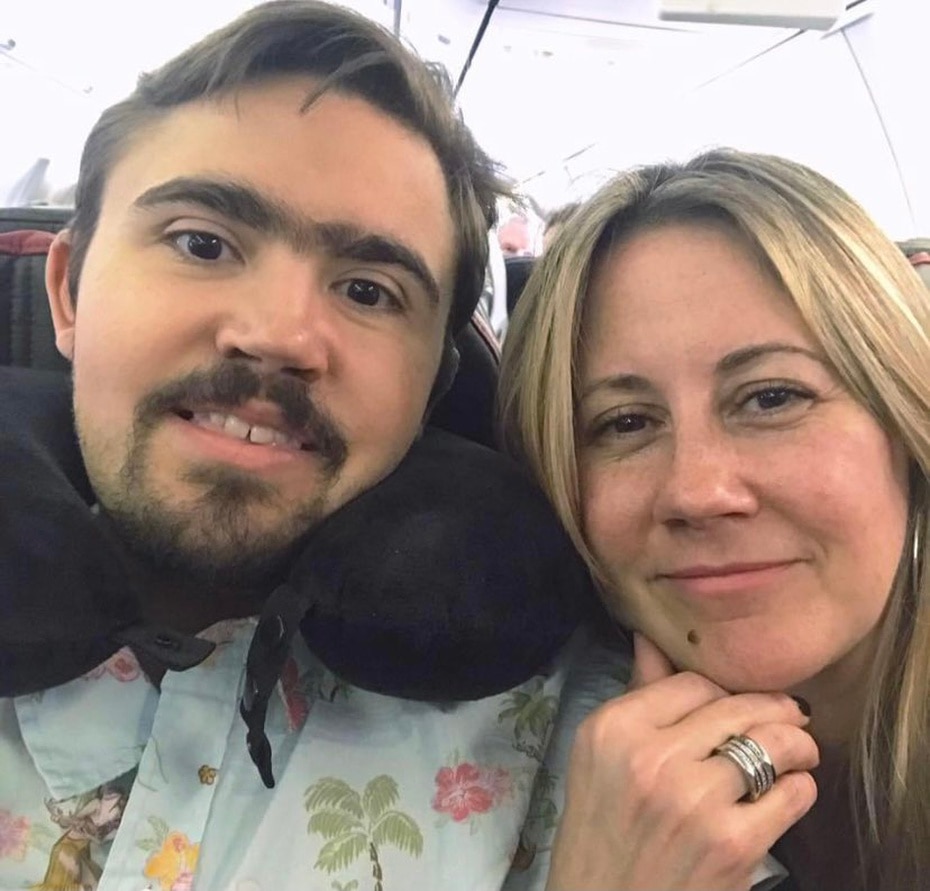 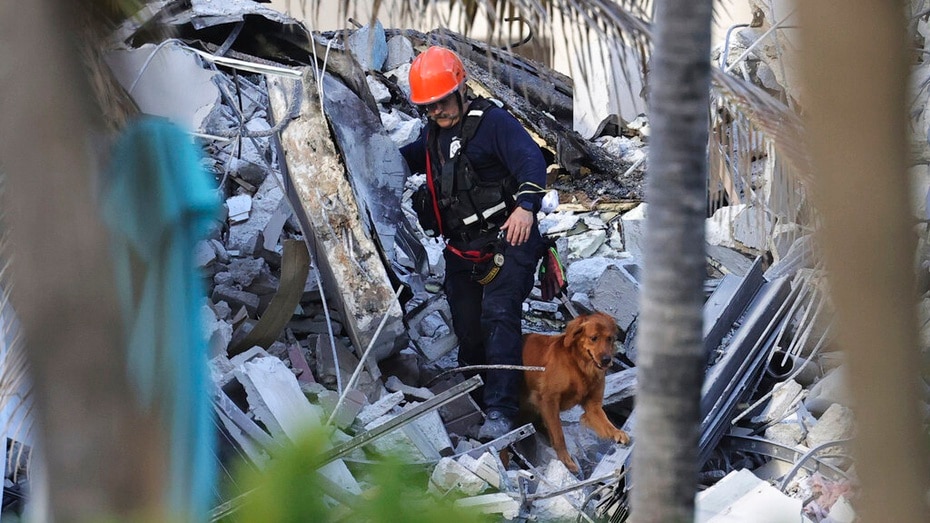 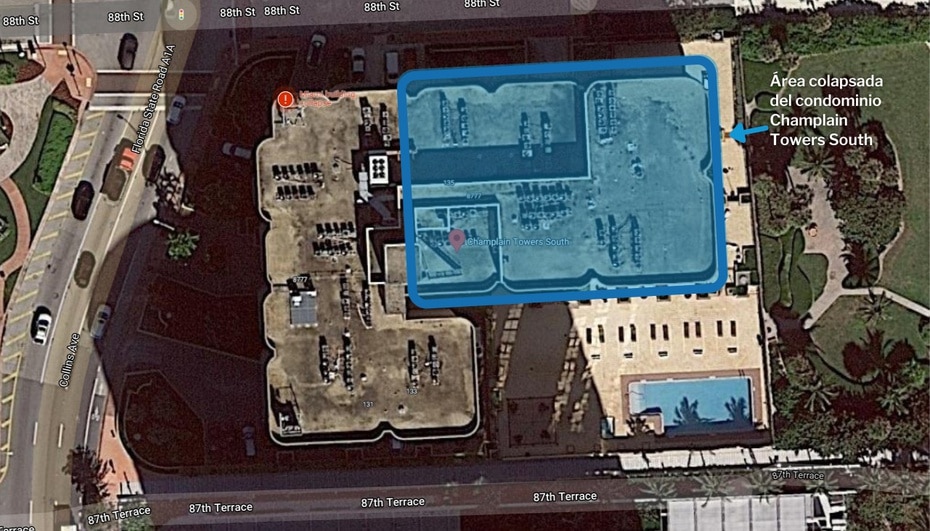 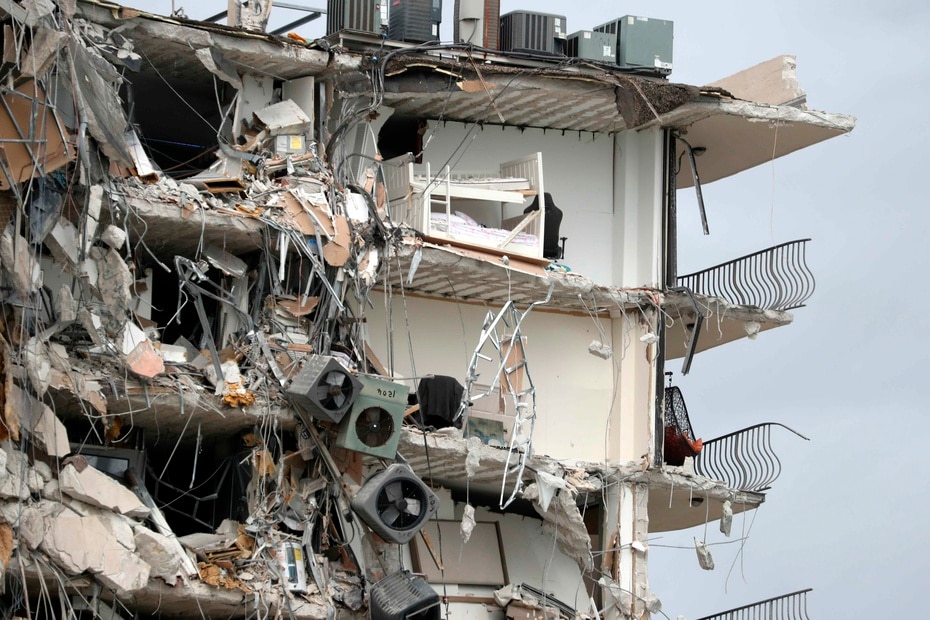 Articles, air conditioning consoles and beds are exposed after the partial collapse of the Champlain Towers South condominium in Miami. (The Associated Press) 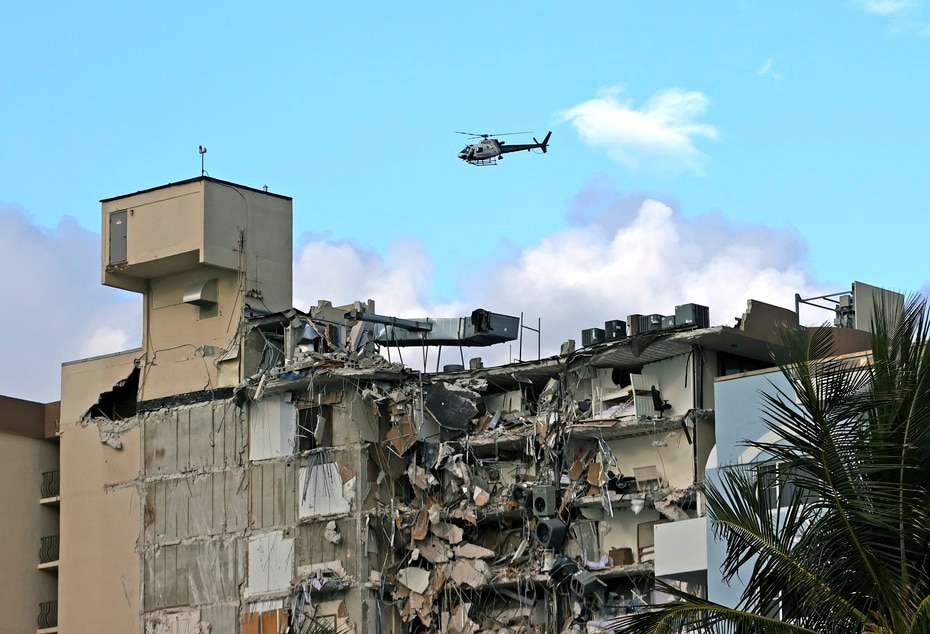 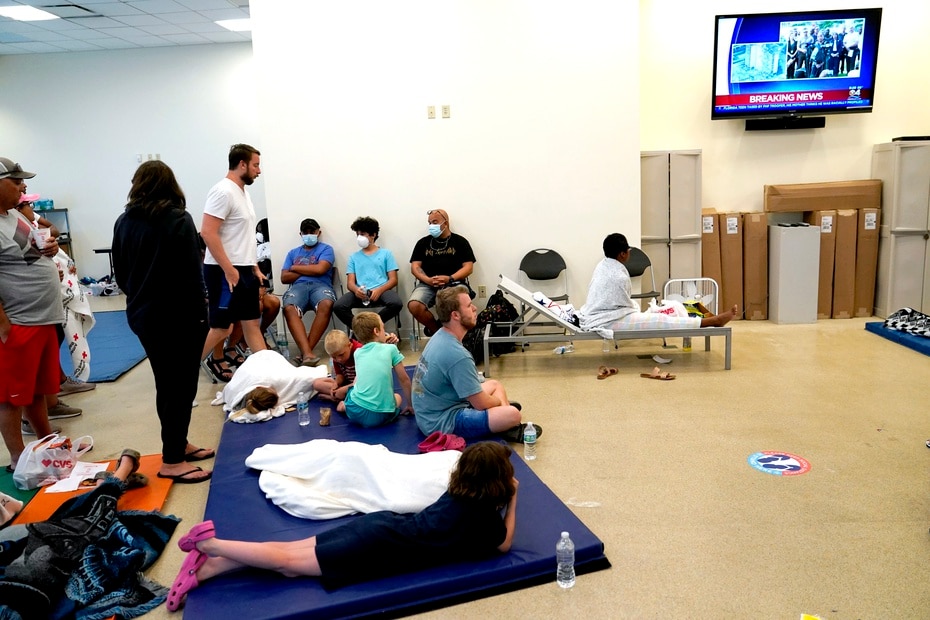 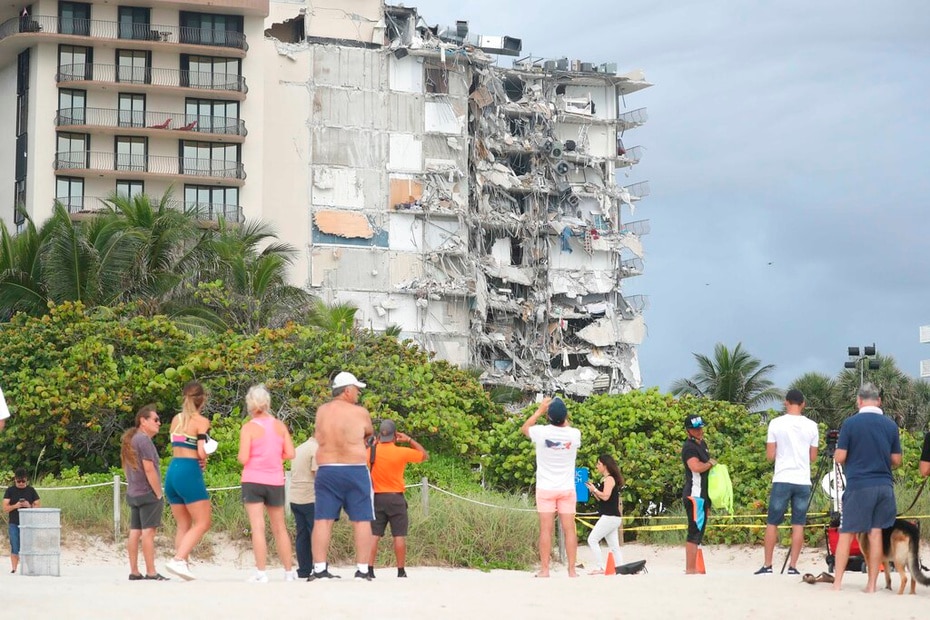 During the early morning hours, the Associated Press news agency indicated that about 35 people were rescued at the scene.

Media reports that the collapse occurred on the side of the building overlooking the sea. Before the incident, a large cloud of dust covered the area. Specifically, the condo is at 8777 Collins Avenue, according to Surfside police.

The ocean side of the property was built in 1981. At this time, there were a few two-bedroom apartments for sale with prices between $ 600,000 and $ 700,000, according to police. According to the complex manager, all units were occupied.