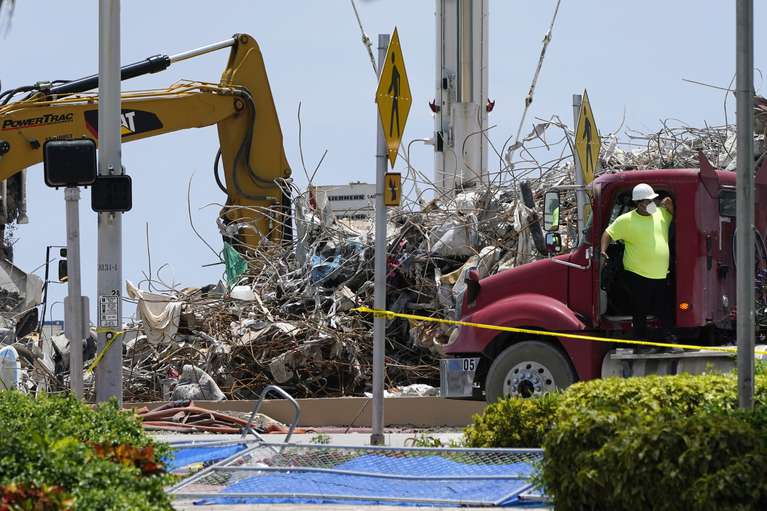 Surfside, Florida – Debris recovery work at the site where an apartment building collapsed last month in South Florida could be completed soon.

Miami-Dade police identified six other fatalities from the Surfside condo collapse Thursday, so 92 of the 97 confirmed deaths are already identified as work enters its final stretch. County authorities have managed to account for at least 240 people linked to the building, and only a few of them are still considered missing or “potentially not located.”

The cause of the collapse has yet to be determined, although there were several previous warnings of major structural damage to the 40-year-old building.

A judge approved the sale of the coastal property on Wednesday, with proceeds going to disaster victims. In a hearing, Miami-Dade Circuit Judge Michael Hanzman ordered the start of the process for the sale of the land where the Champlain Towers South was, in which $ 100 million to $ 110 million could be raised, according to documents in the cut.

The judge also approved the reimbursement of $ 2.4 million in deposits that some apartment owners in the building had already made as an advance for major repairs of $ 15 million that were to be carried out.

The collapse in Surfside has raised concern and drawn attention to other older apartment buildings, including two high-rise buildings in Miami-Dade County that were evicted due to concerns of structural damage. On Thursday, a three-story apartment building in northwest Miami-Dade was evacuated after part of the roof collapsed, according to authorities.

No casualties were reported at this time. Miami-Dade firefighters came to the scene, inspected the roof and vacated the building.

Images from the WSVN channel taken from a helicopter showed a long section of the projecting roof that had collapsed to the ground on one side of the complex. Apparently it did not land on any unit. Erika Benitez, a fire department spokeswoman, confirmed that the damage was limited to the exterior of the property.