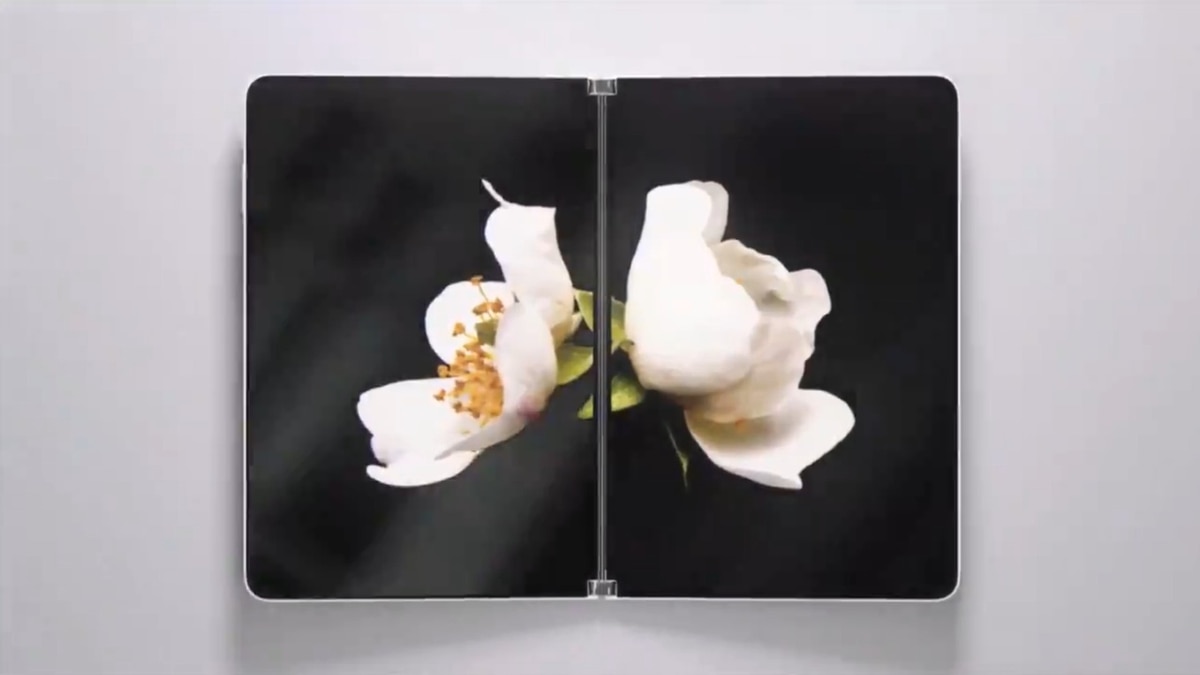 Portable smart devices with two screens are the latest innovation presented by Microsoft. This Wednesday they announced a cell phone and a tablet with these characteristics, the latter is the Surface Neo, which can also work as a compact laptop.

Years of rumors of a device with two screens preceded the announcement of the company founded by Bill Gates during his event in New York. But this new generation of cell phones and tables with double viewer would not be usable without the Windows 10 X, the company's new operating system.

The screens are joined by a hinge, this allows them to rotate 360 ​​degrees to accommodate them according to the need of the moment. In principle it is similar to Lenovo Yoga, the difference is in the two screens, each allows you to run two different applications at the same time.

As basic as it may seem, the hinge is the key element for the tablet. In it there are more than 60 cables of a thinner thickness than the strand of a person's hair. Thanks to these ultra-fine connections both screens can communicate successfully.

The Surface Neo belongs to a new generation of devices that are in the middle of being a laptop, but it is still a tablet. Lenovo came forward and presented in May its version, which has a flexible screen without hinges in the middle, which detracts points from Microsoft's design, but prevents damage to the computer.

It weighs 655 grams and its thickness when deployed is 5.6 mm. This allows an easier grip with the hands, but even when folded it is larger than the largest cell phones currently on the market.

The stylus and the physical keyboard for the tablet can be attached with magnets. The pen for the touch screen will be attached to the back of the Surface Neo. The part where the keyboard is placed will have a sensitive panel to detect when the attachment is there and concentrate all the information in that area.

The sensitivity of the magnets allows the Surface Neo to adapt to the position of the keyboard. It can be used only for shortcuts or if it is placed on top of one of the screens it becomes a laptop with a viewfinder touch.

The keyboard can also be placed with the tablet set horizontally, so that the two screens are one long or each one shows different fields. The device communicates with the device via Bluetooth.

All these features depend on Windows X 10, focused on giving a better user experience, that is, if the person opens an application on a screen, it will only be there with the possibility open to extend it to the secondary viewer to see more information If you wish.

The operating system is compatible with all Windows applications. Other modifications are in the start menu and the taskbar, which were adapted for the features of this device.

Microsoft also introduced the Surface Duo, with which the company returns to the smartphone industry. The device also has two screens, each 5 and 6 inches respectively, joined by hinges.

The operating system on this device will be the Android 9 Pie, so it will support all applications of that system. Video games like “Fortnite” will be easier to play on this cell phone because one of the screens can be used as a remote.