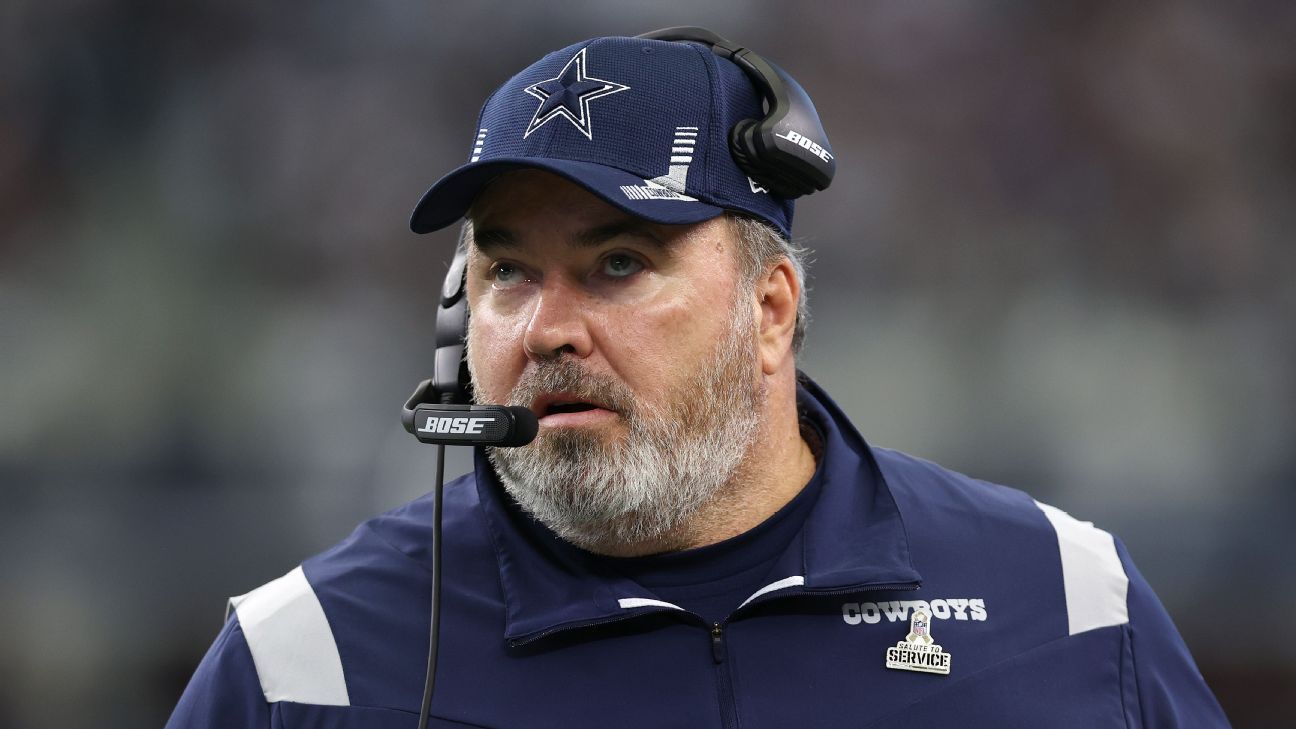 The head coach completed his 10-day quarantine away from the team, and will be back on The Star from Thursday

FRISCO – Dallas Cowboys head coach Mike McCarthy, who tested positive for COVID-19, will return with his team on Thursday as they prepare for the NFC East game against Washington Football Team at FedEx Field next Sunday.

“The protocol experience has been educational, to say the least, but I feel great. Ready for whatever,” McCarthy said. “Frankly, I think it’s more of a technical thing with the testing process that left me out for the full 10 days. So my arrival will be first thing in the morning. In fact, I think I could arrive at midnight, 12 : 01 tonight “.

Mike McCarthy was grateful that he only missed one regular season game, and not something else, to COVID-19. Getty Images

McCarthy watched from a Frisco hotel as the Cowboys defeated the New Orleans Saints on December 2. Since entering COVID protocols, he has spearheaded meetings with players and coaches virtually. Defensive coordinator Dan Quinn served as head coach against the Saints.

Offensive line coaches Joe Philbin and Jeff Blasko, offensive assistant Scott Tolzien and strength and conditioning coaches Harold Nash and Kendall Smith have been back at The Star after missing the Saints, too.

The Cowboys’ weight gym reopened last Friday. Players can eat food on the premises, and meetings will be personal. The only player left on the reserve / COVID-19 list is rookie cornerback Nahshon Wright, who expects to be discharged by Friday.

“We have returned to a fairly normal protocol,” McCarthy admitted. “In fact, we have expanded some of the meeting rooms, just to be more cautious. We have been able to have larger rooms for our offensive line and defensive line, probably our May change.”

McCarthy has been staying at the hotel since November 26, and confessed to being a bit uneasy.

“I’m going out, I’m going to walk,” he said. “I’m not a huge fan of the phone, and this has really tested my patience, because I feel like I live on the phone and on Zoom calls, so …”

McCarthy said he will stay at the hotel a little longer with four family members who have tested positive for COVID, but said they are doing well.

“We just want to make sure we can go back to our home space 100 percent recovered before we have everyone back in the house,” he said.

The good news for the Cowboys is that McCarthy missed only one game, and not a playoff matchup as happened with Cleveland Browns head coach Kevin Stefanski when he was ruled out for his team’s Wild Card Round win against to the Pittsburgh Steelers last season.

“I’m just thankful that that is behind me and frankly I can get back to my full-time job,” McCarthy said. “It’s definitely a challenge not to be here every day, especially with what we have in front of us, the challenge from Washington. I will definitely look at it as a positive, given that I don’t have to deal with [pruebas] for the next 90 days. “