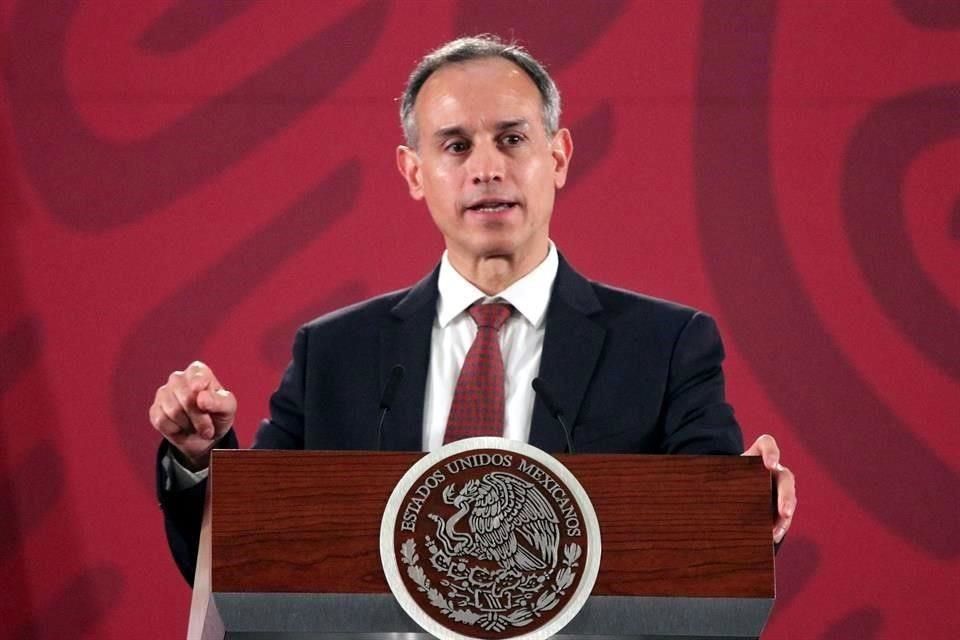 Mexico City.- To overcome the outdating that has dragged medical attention in the country for years, the Ministry of Health plans to modify the treatment of 12 diseases, including hypertension, diabetes, cancer and mental illness.

Hugo López-Gatell, Undersecretary of Health Prevention and Promotion, explained that something similar will be done to what they already applied in the treatment of HIV.

“We made a profound transformation and the HIV treatment scheme in Mexico is the best in the region of America, comparable to that in Western Europe. We made the same change for Hepatitis C and Hemophilia,” he said in an interview.

He explained that the drugs needed for these new schemes are different from those traditionally used.

“Mexico had been outdated for many years in the quality of its medical care, because the best scientific evidence had not been used to make the care protocols,” he said.

The official said that some traditional medicines are necessary and will remain in use, but, he added, there are several that will be replaced because they are already obsolete in the sense of their efficacy or safety.

He explained that the Ssa has contemplated a transition period that ends in May to continue using traditional medicines, but at the same time the new treatment schemes will be implemented.

“That implementation involves training doctors. Social Security has calculated that for diabetes you need to train 30 thousand doctors,” he said.

In general terms, he said, the update means that medications with lower doses will be used, that is, instead of taking three pills, patients will take one, for example.

He pointed out that they are looking for a “triple optimization”, which consists in having the best treatments, that reach a greater number of people and in turn group the demand to optimize the services.

“(We seek) that these best medications are used by most people, not only in the third level of care, but also in community medicine. That allows a third purpose, which is to group demand and instead of buying 100 pieces of We have thousands of drugs, tens of hundreds of thousands that can benefit, “he said.

This measure also results in the newer drugs, which are usually more expensive, reducing their prices up to 50 or 60 percent, the official estimated.

For his part, Juan Ferrer, head of the Institute of Health for Welfare (Insabi), said that the agency was also given the task of renewing medication protocols to optimize services.