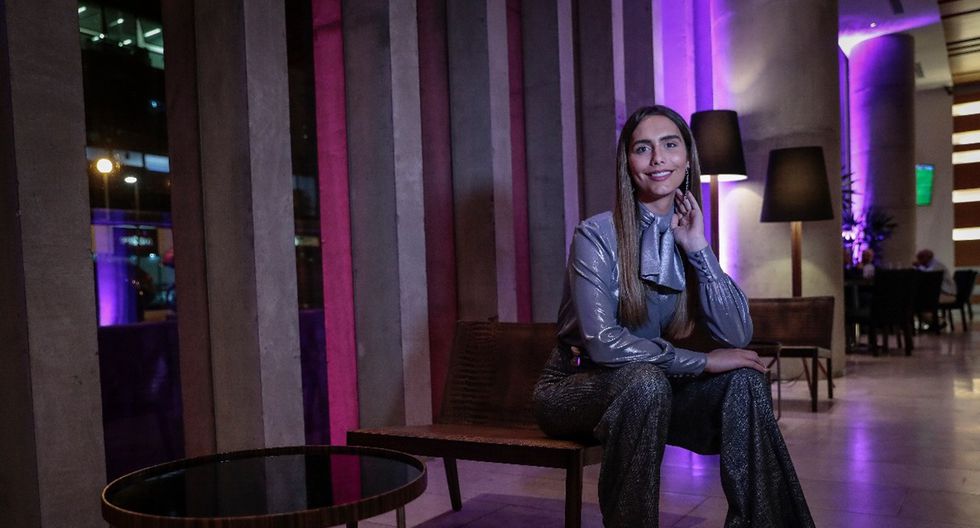 "Angela, wake up, you're already operated." Miss Spain 2018 summarizes with these words, the happiest moment of your life. He was 24 years old and the sex reassignment surgery he dreamed of intensely – since he was a teenager – had been a success. No obstacle prevented him from pursuing new and ambitious challenges. She was one step away from becoming the most beautiful woman in her country.

Ángela Ponce, the first transgender woman to participate in the Miss Universe, is in Lima invited by the organization of the Miss Peru Universe, to be part of Queen of Queens, a ceremony that will be held this Sunday at the Gran Maracaná de Jesús María. In an interview with El Comercio, he talked about his participation in the Peruvian contest, his new challenges and his struggle to be herself in a society full of prejudices.

-You broke up with social stereotypes when you obtained the crown of the Miss Spain Universe. How did that beauty title change your life?

Professionally it changed to an important level, because I have received many interesting proposals that are making me grow. Personally, I am still the same girl as always, although with more responsibilities.

-What job proposals have you received?

After the contest I was proposed to be Pantene's new ambassador, I have also been told to act in series and movies, I am doing tests. They are doors that are opening, I will try a little of everything and in the end I will decide where to stay.

-What did you have to sacrifice to get the title of Miss Spain Universe?

My intimacy, but it is something that I appreciate now. Before I was afraid to meet someone and then claim me for not telling him about my past. I hated that people demanded that I carry a sign on my forehead specifying that I am a trans woman. Now everyone knows who I am, I save explanations.

-What is being a woman for you?

What has been my grandmother, my mother, what is a woman with Asian features that feels Spanish.

-Do you have a couple?

I don't have a stable relationship, but I'm never closed to love, because, besides, I think it's one of the prettiest things we can experience. I flow a lot, I know people, but so far there is none that has stolen my heart.

-To form a family, have children, is it in your plans?

I would like to have a large and traditional family, with boys, girls and even a dog.

-How did you deal with discrimination so that it didn't affect your personal development?

My parents were the shield I had for society, when I was little and people did not accept that condition. But they were not in school or on the street, it was difficult, I grew up being pointed out. And just as I have sad memories, I also have happy memories. I was not born strong, life forced me to be.

-What is the happiest memory you have?

Because of what I longed for and dreamed of, it was the day I was asleep and I heard: "Angela, wake up, you're already operated." It was one of the happiest moments of my life.

-What did you think during the emotional tribute that the Miss Universe organization dedicated to you?

I felt a lot of pride and happiness. I took off my country's flag and raised it because I felt proud of what I had achieved.

– Being a transgender participant, did you ever feel disadvantaged compared to the other candidates of the Miss Universe?

I never felt that the organization treated me differently from the rest, neither for good nor for bad. It was one more and I never felt disadvantaged with respect to it, nor with respect to my companions. We were all the same. However, I felt that I was at a disadvantage, socially speaking, because I was going to face a jury that might not agree with my participation.

-What led you to participate in a beauty pageant?

What led me to be a model: wanting to demonstrate and shut up. For a while you feel that you are not beautiful, because that is what they make you see. I thought that being a model, they would accept me more. I wanted to show that I could be in a good time and walk well.

-Do you need anything else to prove?

I think everything I had to prove I already did, now I simply have to be as I am and I am happy.

-Do you regret something you've done?

I have made many mistakes in my life, but I do not regret or change anything, because they led me here. Now I am clear about my goals: fight for my dreams and fulfill them.

-What dream do you have to fulfill?

Raise awareness and end the stigma that affects transgender and transgender children and adolescents in the world. I am an activist and I will continue to be so to motivate and talk about the diversity and identities that exist in the world.

-Will you participate in Queen of Queens as part of the jury?

"Queen of Queens", the special edition of Miss Peru, will air this Sunday October 20 to choose the successor of Anyella Grados.