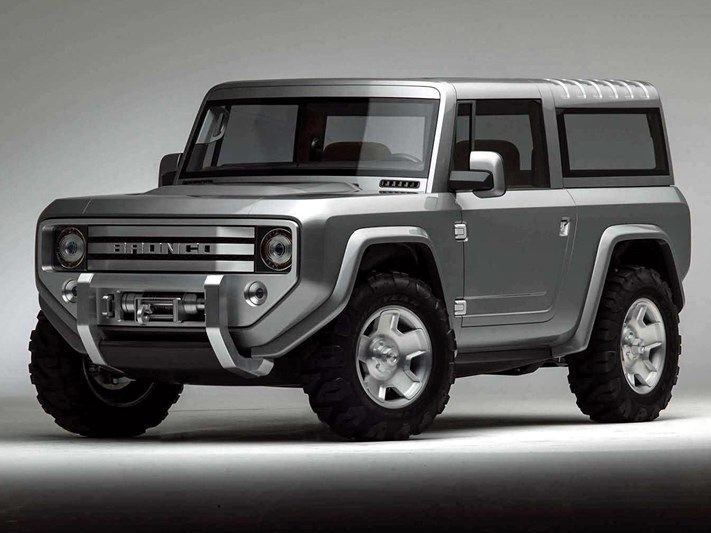 Since Ford announced that the Ford Bronco would return in 2020, lovers of this SUV are desperate to learn more details about it.

But for now, the only thing that the brand has advanced is an insipid website with a simple ad that says "the Bronco returns in 2020".

Just two months after 2019 is over, people wonder: "when will Ford reveal official images of the 2020 Bronco." We do not know.

However, an anonymous source, probably close to the Bronco project, leaked a spy image to the Motor 1 car news portal that allegedly revealed the design of the expected SUV.

The image, which has not been confirmed by Ford, fits perfectly with the descriptions and rumors that have been heard about the Bronco 2020 for some time.

For obvious reasons, this publishing house does not have permission to publish such a photo, but this supposed image of the Bronco – which shows its frame, without tires and with a silver color – can be seen on the Motor 1 website.

The image of the Ford Bronco 2020 that appears on the cover in this article, was presented as a concept at the 2017 Detroit Auto Show, and its new design is expected to be similar but also very different.

Although the details of its engine remain a mystery, it is believed that it may include a popular engine of its other models. For example, the Ford Ranger, which was also brought back recently, has the 2.3-liter turbocharged engine that the Bronco would like very well.

Ford also said during a call to shareholders that it will launch a hybrid variant of the Bronco, Road and Show explained.

The Bronco is also believed to come with a diesel engine option, as it will be marketed worldwide.

Another interesting rumor, which began the publication Jalopnik, which has not yet been confirmed is the possibility that the SUV has a seven-speed manual transmission, which is rare because many manufacturers have ruled out manual transmissions and offered automatic cars only .

However, the Bronco is expected to maintain its original design, with several modifications to its body to make it more relevant to this era, in addition to the technology being an element that Ford will not miss.