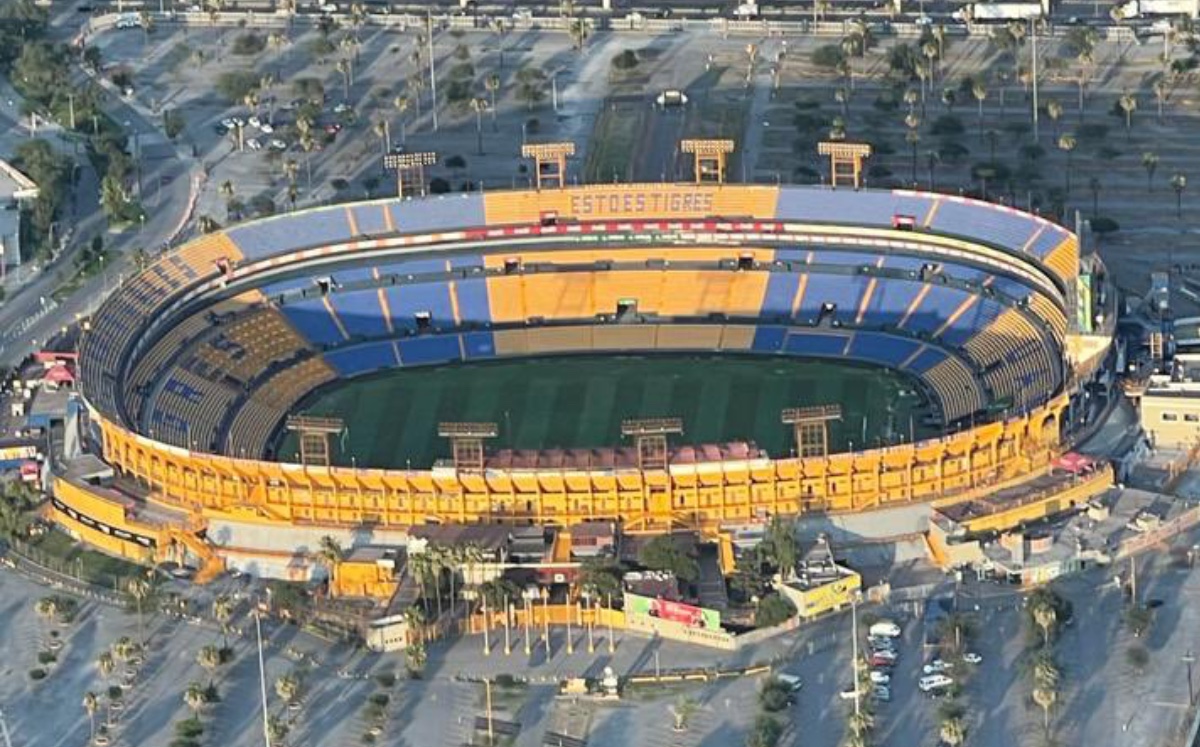 In Tigres they do not remove their finger from the line, they want a new stadium and with the elected governor, Samuel García, supporting the project, everything seems to indicate that it could be carried out; However, the construction of the new enclosure requires strong investors, since the cost would exceed 1.5 billion dollars.

According to an ESPN digital interview, the venue would be built in the railroad yards, adjacent to the UANL, land that would have to be adequate to achieve the construction of the dream of feline fans.

The railroad facilities belong to the Federal Government, but they are concessioned to the Kansas City Southern Mexico company, so much has been said that the government could lend that land.

Óscar Del Cueto, president of that company in Mexico, assured ESPN that they are willing to use those lands, but revealed the millionaire figure that this implies.

“At that time the entire project exceeded one thousand five hundred million dollars, in 2018 when the study was completed. The largest investment would be from the government, because the land we have belongs to the concession. The resources for the relocation of the yard would have to be of the State or the Federation, we do not have resources for it “, commented.

Meanwhile, Samuel García reiterated that the railroad land was the ideal space, although Mauricio Doehner, a Cemex manager and boss at Tigres, mentioned in his social media account the option of doing it in the stadium parking lot.

Even more expensive to build

The one thousand five hundred million would be for the change of the railway facilities, so the cost of the stadium would still have to be added, which is estimated at 250 million dollars.

“First of all, it would be the location of the operation, which we already made two recommendations within the study that was made, and after that the construction of the patio would have to be done to move towards that place, it is construction time, it is long, obviously There are workshops inside the yard, we have locomotive and car workshops, the storage and classification yard and a food supply area and all this would have to be created to get out, first it would have to be built to move us to that yard. “
“The construction of roads is what makes it elevated, it is the pure relocation plus the connections that would be needed to reach that yard, to serve the industry inward, that is the idea,” said Del Cueto.

Everything implies a long process, at least three years of relocation, plus what it takes to build the enclosure.

The president of Kansas City Southern Mexico recalled that the concession they have is for 50 years from 1997 and has the opportunity to extend the term; for now they are 24 years old and 26 remain.