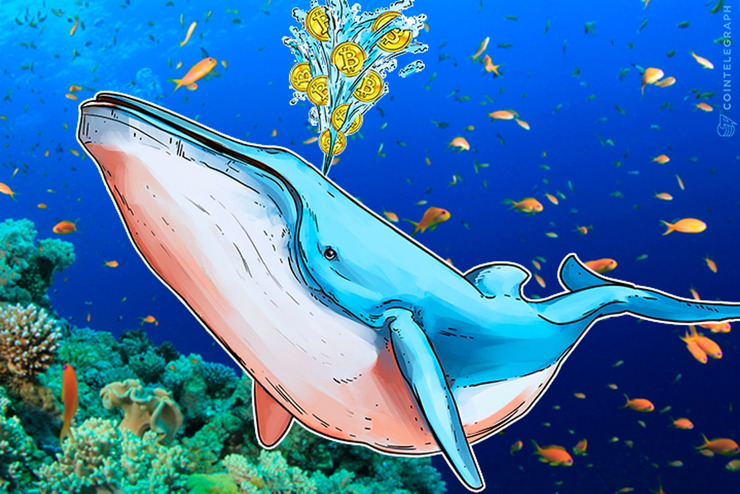 The first day of the penultimate month of the year has started strongly for Bitcoin whales that have managed to move more than four billion dollars only in the leading cryptocurrency through the XAPO wallet, as can be seen from the information collected from the Whale website. alert.io.

The interesting thing about the day is that the custody service of the popular purse and now owned by Coinbase as Cointelegraph reported a couple of months ago of its acquisition, was the preferred link by the major players in the crypto market, being involved in more than 95 percent of transactions made today only in the internal Bitcoin market.

As we can see in the previous table, 113.083 BTC were mobilized between purses of unknown address and XAPO, in a series of synchronized transactions on the night of this Friday, November 1, 2019, for an amount equivalent to about USD 4.36 billion dollars.

The action of the whales originated during the early hours of this Friday, when a transfer for 10,000 BTC was reported by the Whale-alert website between purses from unknown addresses at 04:06 UTC for an amount of about USD 90 million. dollars approximately.

Already in the previous day the whale alert service indicated that the XAPO wallet was generating the largest BTC transactions in the ecosystem, according to a tweet inserted in the afternoon of this October 31 with a transaction tracking map made by the company specialized in custody of digital assets.

ℹ️ The large #BTC transactions earlier today were part of #Xapo. Below is a visualization of the transfers. Source: @coinfirm_io pic.twitter.com/zqGgf8cMLL

Then, six additional transactions were reported almost simultaneously for a total of 58,883 BTC transferred from purses with unknown addresses to totally different XAPO wallets. The mobilization of this possible whale represented more than USD 3800 million dollars transferred, 83.7% of the total reported in the day.

The report of the transfers according to the order made in time and quantity was as follows:

After what appeared to be the end of the Bitcoin whales' actions on the leading cryptocurrency market, almost two hours after the last reported transfer to XAPO purses, a significant new amount of transactions were recorded on this occasion from the XAPO wallet to wallets with unknown addresses.

In total 11 uniform transfers of five thousand bitcoins each were registered, at 21:10:38 UTC on Friday November 1 for an amount of 55,000 BTC, an estimated value of more than half a million dollars.

The mobilization in Bitcoin coincided with the two gigantic movements of Ripple in its Escrow wallet for an amount of 900 million XRP tokens, a movement that has been becoming customary lately by the company and for which it has been strongly criticized for its incidence Direct in the price with these movements, according to members of your community.

The two transactions carried out today by Ripple represent a movement worth more than USD 259 million dollars, which are part of the transactions for 1,000 million XRP tokens released in the early hours of Friday as part of a calendar of Scheduled launch established by the company in December 2017 to release 1 billion XRP tokens every month to ensure that investors do not sell all their tokens at once and cause instability in the price of their native currency.

For now, the price of both assets has been slightly stable within the bands expected by many analysts, with BTC gaining ground with a profit of + 1.16% quoting above USD 9,200 and the XRP token correcting prices at USD 0.2944 (-0.20%).