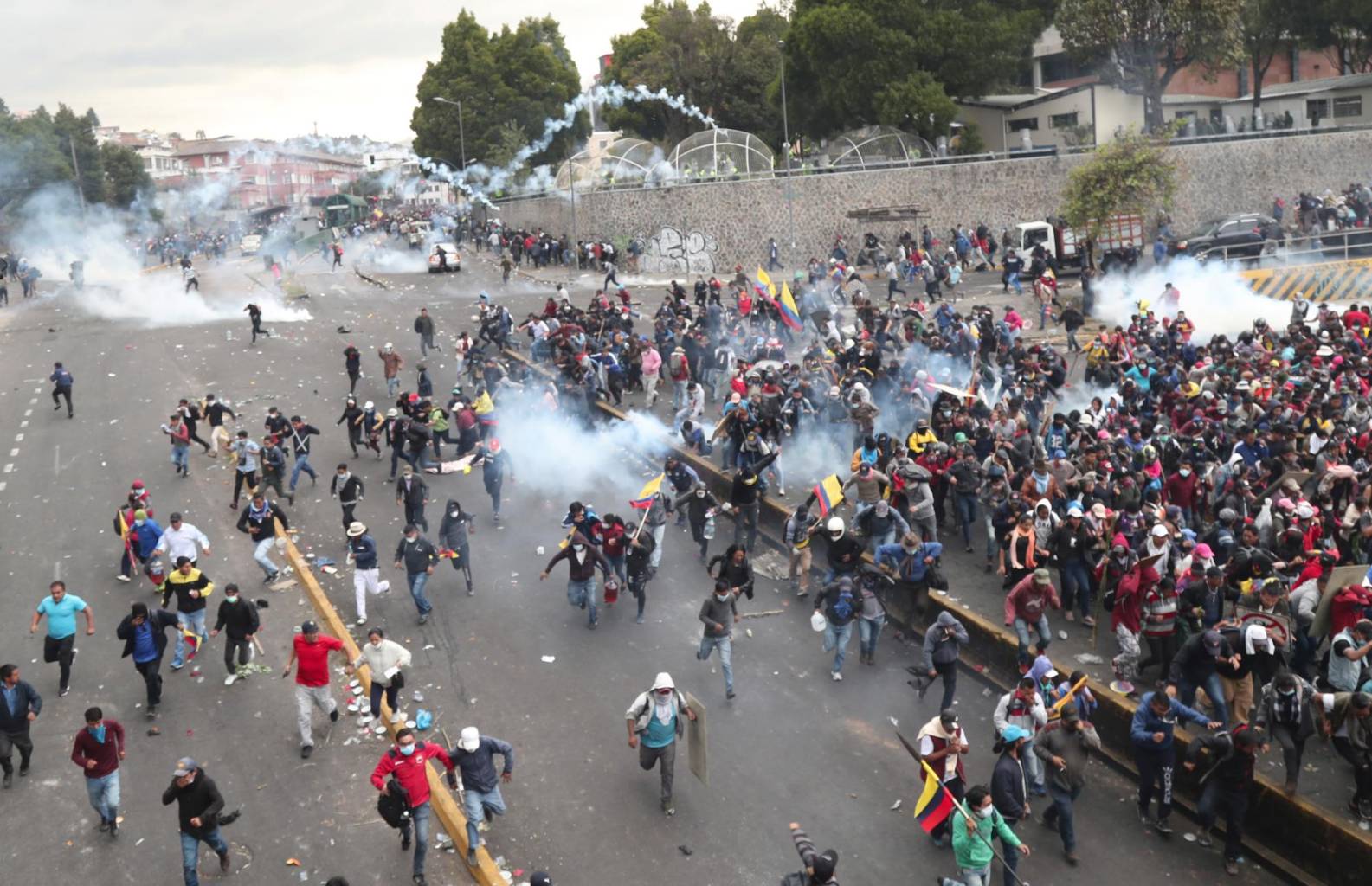 The president of Ecuador, Lenín Moreno, ordered Saturday the deployment of the armed forces in the streets amid protests against the increase in fuel prices and that on Saturday they became particularly violent in Quito, when hooded protesters attacked a television station , a newspaper, private vehicles and blocked almost the entire capital of the country.

Moreno announced the imposition of a curfew after three in the afternoon of Ecuador that the armed forces were responsible for complying, a measure announced a few hours after protesters seized various sectors of the capital and carried out the attacks , which also affected the offices of the Comptroller.

The curfew "will facilitate the performance of the public force against the intolerable excesses of violence," said the president in his Twitter account.

The newspaper El Comercio and the private channel Teleamazonas were targeted by the attacks, while other protesters blocked the roads to the capital's airport.

The scenes of blockages with tires, sticks and mounds of land, which at the beginning of the day were sporadic, became widespread and increased in violence throughout the city preventing the passage to private vehicles with attacks with sticks and stones.

In other areas of the city groups of protesters were mobilized in vans or on foot, with flags and amid cries of protest.

The curfew was initially applied in Quito from three in the part, but then the president issued a decree to extend it to the whole country and apply it daily from eight o'clock at night until five in the morning.

Moreno accused groups of drug traffickers and followers of former President Rafael Correa of ​​being behind the violent acts.

"Advantageously, the indigenous people have already detected them and are separating them from their ranks," he said. In recent days, indigenous groups had led the most recent protests, but these levels of protest had not been reached.

The president has made several calls for dialogue and after an initial rejection, indigenous leaders said they were willing to do so, although the possibility of sitting at the table was overshadowed by the violent events on Saturday.

In the middle of a demonstration, a group of hooded detached ones broke off the doors of the State Comptroller's Office, which custody the documentation to process acts of corruption. The elevations destroyed offices and documents in its path and caused fires on several floors.

In the building, which is halfway between the Assembly and the site where the indigenous protesters are stationed, are the documents supporting the corruption investigations, a good part of them to former high-ranking officials of the Correa government (2007-2017 ).

The Minister of the Interior, María Paula Romo, said in her Twitter account that 30 people were arrested who had bet on the terrace of the Comptroller.

In some high sectors of the capital, water cuts were even reported.

The mayor of the capital, Jorge Yunda, in statements to journalists said that protesters have the right to protest, "but we will not allow it to go beyond a protest."

In the midst of the situation, the Confederation of Indigenous Nationalities (CONAIE), in a message on Twitter, said that “after a consultation process with the communities, organizations, peoples, nationalities and social organizations we have decided to participate in the direct dialogue with Lenin (Moreno). "

The protests were characterized almost two weeks ago by rallies and demonstrations in the north central sector of the capital, where protesters attacked the police with stones and sticks, which responded with tear gas.

Thousands of indigenous people remain concentrated in the facilities of the House of Culture and nearby universities from where they have gone to daily protests.

As part of that plan, Moreno eliminated a fuel price subsidy on October 2, which caused gasoline to rise. Panic and speculation caused a huge rise in prices, and the costs of some products – papayas and rural bus fares, for example – doubled or more.

The indigenous people of Ecuador, destroyed by poverty and neglected by government programs, were furious. During the past week, thousands of Shuar, Saraguro, Quechua and other indigenous ethnic groups arrived in Quito from the depths of the Amazon and from the villages in the Ecuadorian Andes.

Despite the difficult situation, Moreno has said he cannot resume fuel subsidies. The country is bankrupt and giving in to protesters would be a defeat in the president's effort to reverse the policies of his predecessor and exmentor, Rafael Correa.

The Associated Press journalist Raisa Ávila contributed to this office from Quito.