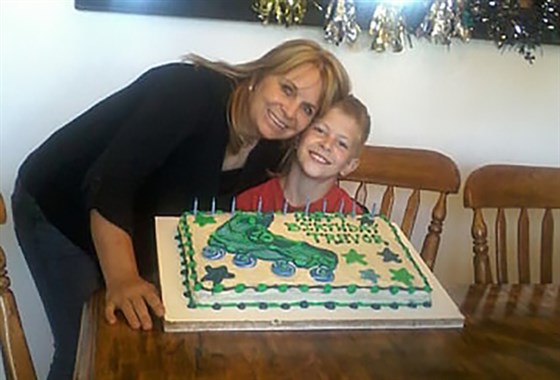 Two 8-month-old twins are among the nine American victims of a brutal massacre in the Mexican border state of Sonora on Monday. Another 9-month-old baby was shot in the chest, and a 4-year-old boy was shot in the back; both are seriously injured, according to relatives of the victims.

The attack was directed against a caravan composed of several Mormon families from the LeBarón community. Three vehicles were shot and one was set on fire with several people inside, according to the story of Willie Jessop, a relative of one of the victims.

Rhonita Miller, 30; Howard Miller, 12; Krystal Miller, 10; and the twin Titus and Tiana Miller, 8 months, died in the burning car, of which only ashes remained.

Devin Langford, 13, escaped unharmed and walked approximately 14 miles to the town of La Mora – 75 miles south of the border – for help after hiding his wounded brothers in bushes and covering them with branches, he told NBC News Kendra Lee Miller, relative of the victims.

Mckenzie Langford, 9, was shot in the arm, but also went to get help when Devin did not return. Mckenzie got lost and walked for hours in the dark before the search groups found her, Kendra Lee Miller explained.

The motive and perpetrators of the attack are unknown, but Mexican authorities believe that the family was the victim of an attack by drug traffickers and may have been confused with members of a rival cartel.

The victims lived in a neighborhood (colony) in the northeast of the state of Chihuahua, and were part of a fundamentalist branch of the Mormon church founded in 1942 by Alma Dayer LeBarón.

Two of his sons Joel LeBaron and Ervil LeBaron founded in 1955 the Church of the Firstborn of the Fullness of Time. Globally, the church that emerged in the United States and popularly known as Mormon is now officially called the Church of Jesus Christ of Latter-day Saints and abandoned polygamy in 1890. Ervil had been expelled in 1950 for practicing polygamy.

The church split between the two brothers and Ervil, who had 13 wives and more than 50 children, ordered the murder of his brother Joel in 1972, so he was convicted in both Mexico and the United States. He died in jail in 1981 but before ordered dozens of murders, which is why he is known as the Mormon Charles Manson.

In 2017, one of her daughters, Anna gave an extensive interview to the BBC where she denounced her father's cult practices and the crimes she ordered and that continued until the late 1980s, with murders also in the United States.

In Mexico, over the years the families of the colony achieved great prosperity in agriculture, livestock and commerce in the area, according to the newspaper El Universal.

LeBarón families speak English as well as Spanish and most are US citizens. For years they have been targeted. In 2009 Erick LeBarón, 17, was kidnapped, but the community refused to pay the $ 1 million ransom demanded by drug traffickers and publicly denounced him. The young man was released unharmed, but two months later, his brother Benjamín LeBarón and Luis Whitman were kidnapped and killed.

Julián LeBarón, Benjamin's brother, became an activist after the crime, and joined the Movement for Peace and Justice and Dignity, touring the country during the government of Felipe Calderón. Joel LeBarón currently represents the community in the municipality of Janos and has special protection from the Federal Government, due to his statements and attacks against him, according to the newspaper El Heraldo de Chihuahua.