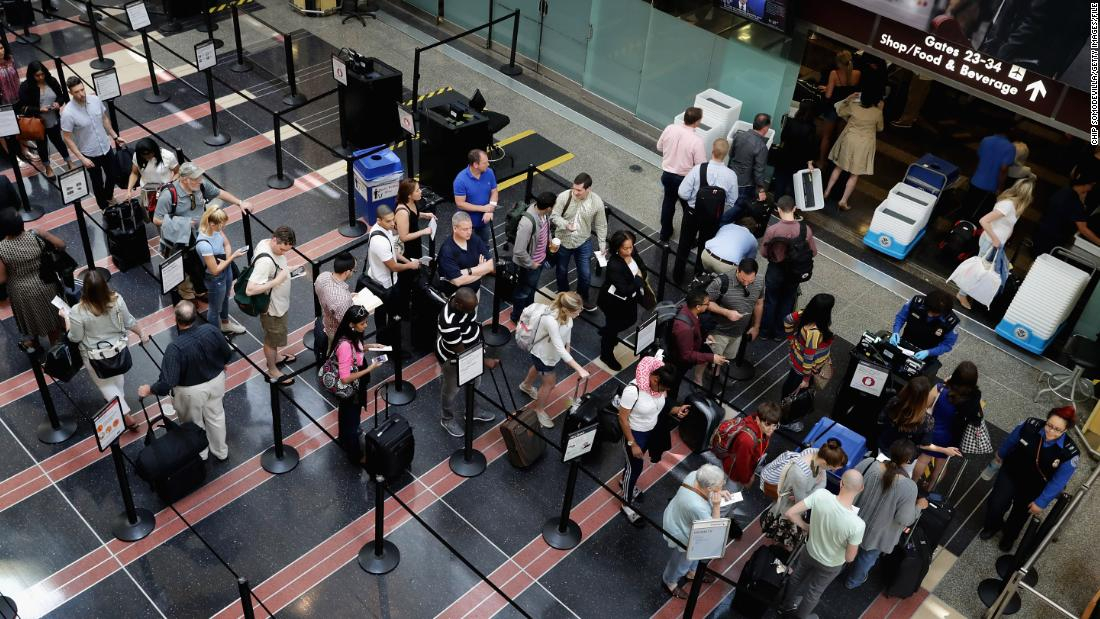 (WAB NEWS) – Do you think your driver’s license is enough to go through the security checks of an airport in the United States and be able to take a national flight?

About two-thirds of the US state driver’s licenses they do not comply with a security law after September 11, 2001 (9/11), which will take effect on October 1. Those who do not have that requirement may not fly if they do not have other forms of REAL ID that are in accordance with the law.

Concerned about the impact on travel, the head of the US Department of Homeland Security (DHS) lowered the restrictions this week, allowing the various state agencies to accept identity documents electronically.

“Ensuring that each state meets the REAL ID for October is one of the department’s top priorities,” DHS interim secretary Chad Wolf said in a press release. “While we have made progress, we still have a lot of work ahead because approximately two-thirds of all licenses currently do not meet REAL ID.”

He added: “Rest assured that our department will continue to examine other viable options to improve this process and do everything possible to inform Americans about the requirement to obtain a REAL ID, before the deadline for full compliance at the end of this year”.

Todd Hauptli, executive president of the American Association of Airport Executives, shows his driver’s license that meets REAL ID during a press conference at Ronald Reagan National Airport in Washington on October 1, 2019.

While Wolf claims that this “pre-shipment” of documents will result in a faster application process, it is not clear how fast it will be.

That is because, as Wolf says, “a visit in person and physical copies of your documents are still required.”

As of October 1, travelers must have a REAL ID driver’s license, U.S. passport, U.S. military ID. or other identification allowed to fly within the United States.

The REAL ID Act, which established minimum safety standards for the issuance of state licenses and their production, prohibits federal agencies from accepting licenses from states that do not meet the minimum standards for certain activities.

Without REAL ID there is no flight

If you cannot present an admissible identification, the control point of the Transportation Security Adm inistration (TSA) of a US airport. It won’t let you fly The TSA is part of the Department of Homeland Security. That could result in delays and inconveniences in US airports. since October 1.

To verify if your state driver’s license or ID card complies with REAL ID, look for a star in the upper right corner. Some state departments of motor vehicles can confirm REAL ID status online.

There is still a delay

The Department of Homeland Security reported this week that 48 of 50 states in the US they comply with REAL ID, compared to January 2017, when only 26 did. The two remaining states that have not started issuing new IDs are Oklahoma and Oregon.

Together, those 48 states have issued more than 95 million driver’s licenses and identification cards that comply with REAL ID.

While the US Travel Association (USTA) applauded the government’s pre-shipment decision, “the challenge remains that tens of millions of Americans do not yet have an ID that meets REAL ID,” said Tori Emerson Barnes, executive vice president of affairs. public and political of the USTA, in a statement.

A measure after September 11

The requirement of the REAL ID Act was part of the Commission’s recommendation of September 11 for the federal government to establish standards for the issuance of sources of identification, according to the Department of Homeland Security.

Since the passage of the law in 2005, the federal government has implemented the well-known TSA Pre-Check and other programs that offer more security than REAL ID, Barnes said. That is why the USTA is pressing federal authorities to accept membership in those programs as a substitute for REAL ID. DHS has not said yes, at least not yet.

The representatives, Debbie Lesko, Republican for Arizona, and Stephanie Murphy, Florida Democrat, have introduced legislation that would allow the TSA to accept membership in its Pre-Check program as a substitute for REAL ID.

USTA officials, who represent the main airlines, hotels, state and local tourism boards and other groups in the travel sector, fear that their members will lose customers because they cannot fly within the US. as of October 1, 2020.

What qualifies as REAL ID

See the Department of Homeland Security website for more information.