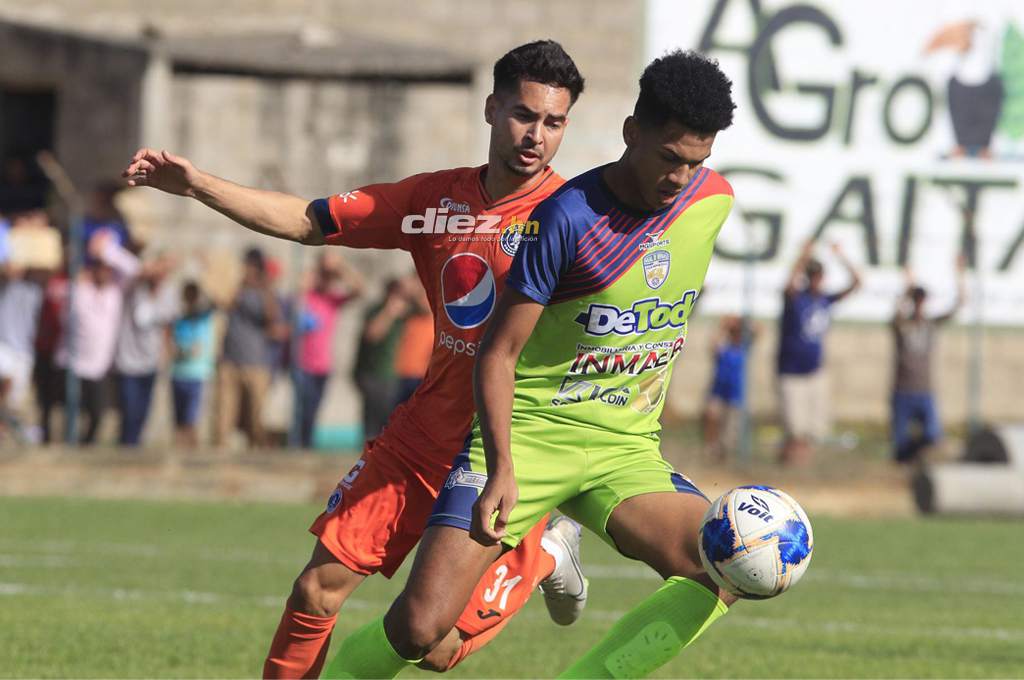 A point won or two units lost? The result of Motagua in Danlí knows the loss of points taking into account the danger actions they generated. Of course, Real de Minas also had his own and at least the parity could have had goals.

Marcelo Tinoco once dressed in blue and was full of blue fans who received the team of their loves. Diego Vázquez did the logical thing and gave rest to starting pieces thinking about Tuesday’s game against Atlanta United by the Concacaf Champions League.

Marlon Licona, Cristopher Meléndez, Jonathan Núñez, Wilmer Crisanto and Marcelo Canales were the pieces that surprised taking into account that their minutes in the Clausura have been very few.

Motagua could not get all three points in Marcelo Tinoco. Photo: Ronal Aceituno.

In the bank of substitutes were the Moreira, Galvaliz and Castellanos, men who entered the second part to try to win.

Although the result was 0-0, the match summary shows opportunities for both of us and we had a pretty attractive grip for the respectable at Marcelo Tinoco.

Marcelo Canales only played 45 minutes, but he did well. Photo: Ronal Aceituno.

Actions at minute 5 and 25 are those that can be highlighted in the initial stage and both by Motagua. The first in a corner kick from Marcelo Canales who cashed in an Olympic way and ended up hitting on the left post defended by Archibald.

The next one in a personal play by Walter Martínez who entered at 4:50 p.m. after a bicycle against Alex Corrales, the blue eight (or in this case orange) finished the action with a faint shot at the hands of the Caribbean goalkeeper. It should be said that at 44 a Jonathan Núñez penalty could have been taken on Diego Rodríguez in a displacement on the line.

Already in the complement stage the danger actions increased and the first one occurred in 57 when Jonathan Núñez took a right from about 35 meters, Archibald had to make an effort to send the corner and thus delight us with a great save.

Real de Minas responded in 66. The locals took a corner kick, Motagua could not get the number five and it was in dispute. Juan Ramón Mejía took advantage and volley connected to the frame, on the line the “Colocho” Martinez ended up taking out and avoiding 1-0 of Minas.

Marco Vega had a shot at Marco where Archibald denied him the goal. Photo: Ronal Aceituno.

The intensity in the duel did not go down and eight minutes later Martinez himself positioned himself in the rival area, shot from the side of 16:50 and unfortunately for his fortune the ball hit the top post.

SEE: THE POSSIBLE PENALTY THAT THEY DIDN’T TAKE REAL MINE

Already in 88 the last danger play was recorded, this time Juan Ramón Mejía finished off in front of Licona and the stadium was already singing it, surprisingly Marcelo Santos threw himself and with his left foot “cut off” and denied the target. There was no more, goalless draw that leaves Motagua with 20 points and that Marathón celebrates because, if they defeat Olimpia, they will overcome the leadership of Diego Vázquez by one unit. Real de Minas meanwhile reached 11.

Walter Martínez was one of the most dangerous in Motagua. Photo: Ronal Aceituno.

Yellow: Emilio Izaguirre at 85 (The only one in the game)

Goals: There was no