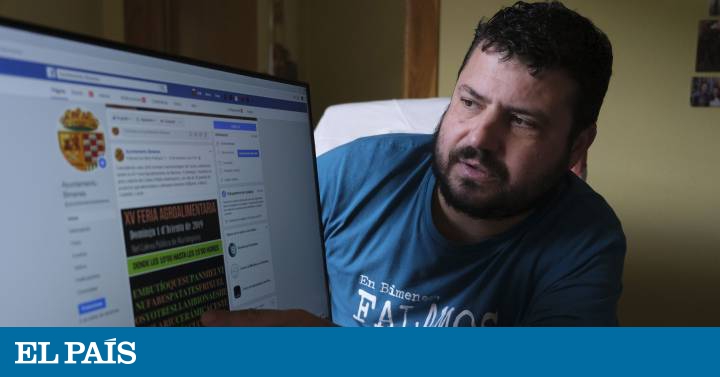 In the parish of San Julián (Bimenes) the mine no longer makes noise. The clack clack of the three-heeled clogs sticks in the mind like a hammering that breaks the silence of the Asturian basin. "Madreñes", clarifies its bearer, while raising a modest staff with whom he greets. It is Manolo el de Lita, a retired miner who takes care of a small museum in a house without electricity, where he keeps the memory of a forgotten time. "Everything has been lost, even the tongue," he laments in the dark, and his sincere Asturian reverberates in the hookahs that hang on the walls. The council of Bimenes, half an hour from Oviedo, has lost the son of Manolo and 3,000 neighbors since they closed the mines in the late sixties, but he refuses to lose his identity. Although that means breaking the law.

In 1997, Bimenes became the first of a dozen municipalities that declared the bable official language. Today he is the only one that maintains it, after the Superior Court of Asturias annulled all those declarations for invading autonomic competitions. The plenary of the municipality challenged the ruling in 2016 and re-voted the official, with unanimous support. This time there has been no judicial pronouncement and, while in the rest of the region there is a heated debate about the status of a language that struggles to occupy space, in Bimenes, of 1,700 inhabitants, the Asturian is used normally in cartels, shops and even in the municipal bureaucracy.

The mayor, Aitor García, 40, has experienced the change of the last decades in the first person. As a child he went to live in Gijón with his parents, where he was the “fair monkey” of the class for speaking in bable. Now he has returned to the village to hold the baton with an absolute majority, and dispatches in that tongue dressed in a shirt that claims it. In Asturias, 53% support the official status, according to a survey from the University of Oviedo, although their supporters (PSOE, Podemos and IU) lack a deputy to approve it in Parliament.

With volcanic personality and infinite verbiage, García denies that his unique linguistic policy causes problems in the town: “I do not want the Asturian to be imposed on anyone. Even the right has accepted it, ”he says. But the right does not exist in small Russia, as the municipality is known, where IU has ruled almost always and now it is done by those who claim to be the only – and controversial – Asturian mayor left in Asturias.

Garcia rose to fame in September 2018, after insulting journalists who were looking for the singer Luis Miguel's mother in the town, and has been accused by Vox of stealing the flag of Spain, absent from the City Hall's facade for more of one month last summer against what the law dictates. In spite of everything, the neighbors support it, and it is difficult to find one that does not defend the officiality of the bable. Salvador Gutierrez, a member of the Royal Spanish Academy, is one of the few skeptics, although he refuses to speak on the subject: "Every time I have done it, I have been misunderstood."

The discussion that takes place in the cities does not exist in a municipality that every year gathers hundreds of people in a big party in favor of the Llingua. Óscar Pérez, a 19-year-old waiter, always has to work that day, but he does it with pleasure: “My friends and I always speak Asturian, even if Oviedo's people are bothered and don't understand us,” he says before heading to the meadow , where his cattle – which he deals with in the afternoon – seems to call him with the sound of cowbells.

Generational transmission is at risk. In the schoolyard, children sit in circles to draw colorful posters against sexist violence. Not a word is heard in bable, despite the fact that 96% study the optional subject. Among them are Owen and Luca, children of a couple who have just arrived in town. She is Basque; he, English, but they are clear that children should learn the Bimenes language. "It's the way to integrate into the local culture," says Naia Lumbreras, the mother.

Manolo de Lita was not so lucky, and his son is ashamed of him every time he goes to visit Logroño, dressed in his clogs, and speaks in bable. However, the veteran miner still keeps in the museum the first mothers who had the guaje. They smell like diesel: it is the only way not to enter the moth. They have to be prepared for the day the prodigal son returns, and Manolo's grandchildren put them on to play with Owen and Luca in their grandfather's language.