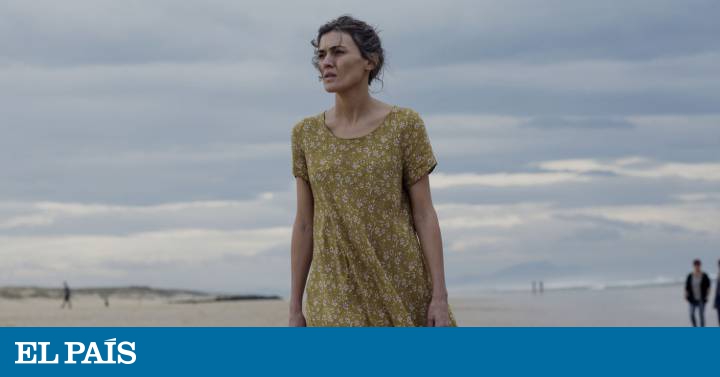 There are few short films, many of them horror, which have given rise to a later feature film directed by the same author, based on its essence, and that somehow completed the original piece, developing it, adapting it: Frankenweenie, Saw, District 9, Babadook, Mom, Whiplash, Bottle Rocket, Boogie nights, THX 1138 … What is much more rare is that a film starts from a short, and includes it exactly the same, in its first 19 minutes of footage, and then count its consequences in the rest of the movie. And that's what Rodrigo Sorogoyen has done with Madre, superb short of 2017, nominated for the Oscar of the category.

A terrible blow that causes trauma because it is impossible for that, the worst thing that can happen in life, leave no trace: the loss of a child. And there Sorogoyen and Isabel Peña, her usual co-writer, place her story, after a 10-year-old ellipsis that has changed the character of a young mother, now becoming a very complex mature woman. A story in which its creators do something very brave to start: breaking expectations, both in the general direction that the story takes and in each of the situations they have created. Both in the unitary whole of his work and in its particularities: of the characters, of the dialogues, of the drifts, of the turns. In Madre, the feature film, something conventional, expected or comfortable never happens. The encounter of the woman in the same beach of the disappearance with a boy of the age and the face that now could have his son is developed by a plot and tonal line (almost) unusual.

The film provokes at all times a feeling that goes from restlessness to strangeness, and that is very good. However, after that blessed perplexity, frustration does not rarely arise. A certain disappointment that has less to do with discomfort, which is always wonderful in cinema, than with the somewhat disappointing courses that have been traveled. In that relationship between a 39-year-old woman and a 16-year-old boy, ambiguous, of extreme ambiguity, there is something fascinating. But at the same time there is something less provocative than what is pointed out.

Formally, Sorogoyen is very faithful to the style of the original short film, based on the sequence plane and on the mobility of a camera that seems to dance with its characters, move through the inner drama with an agility that contrasts with the instability of its creatures and your relationships An incessant confrontation that the director of the magnificent Stockholm (2013), May God forgive us (2016) and The kingdom (2018) also elaborates through photography and staging, with a clarity of environments, lights and scenarios that collides (for good) with the personal darkness in which that demolished and very personal woman moves, and with a steering style based on the wide angle, in spaces not already open but directly dilated, which contrast with the confinement itself of the mother.

Mysterious, disturbing and, at times, somewhat disheartening, Mother would not be what she is, a more than good and daring imperfect film, without the superb work of Marta Nieto, award for best actress in the Horizons section of the Venice Festival. An interpretation that, as is also the case with Nina Hoss in La audición, which premiered this Friday, is not based on the text but on the look, on the body, on the way of walking, moving, changing clothes, of experiencing an unbeatable trauma, cysticized by nature.