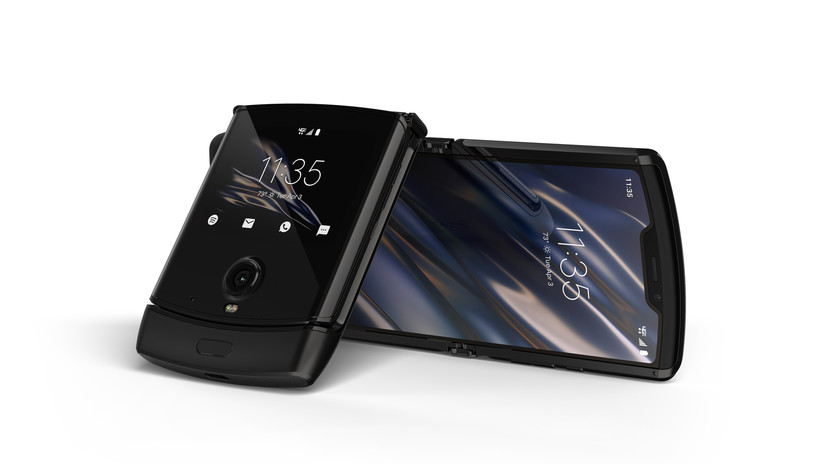 The new device, which will be more expensive than the iPhone 11 Pro Max, will go on sale in the US. next december.

Motorola has brought its mythical Razr back to life. Now this classic model of the American company has no physical keys. Instead, it has a touch screen, and not only one but two: the internal one – which is also the main one – can be folded horizontally, while an external one allows you to see notifications, move between songs or take a selfie.

In the US, Motorola's new clamshell, in a single black version, will go on sale for $ 1,499 next January, but will be available for pre-orders starting December 26. By way of comparison, the minimum price of the new iPhone 11 Pro Max is $ 1,099.

Both have a coating that makes them resistant to splashing water.

In addition to two screens, the new Razr also has two cameras, both optimized to take 'selfies'. The main one, which is located on the outside, is 16 megapixels. It has laser and dual pixel autofocus, and offers portrait and night vision modes. There is also one that allows you to highlight a color and keep the rest of the photo black and white.

For its part, the secondary camera, front, is located just at the top of the flexible screen and has a resolution of five megapixels.

The new 'smartphone' also has a Qualcomm Snapdragpn 710 Octa-core 2.2 gigahertz processor. The capacity of your battery is 2,510 milliampere-hours (electric charge unit).

It has six gigabytes of RAM and 128 gigabytes of internal storage. In addition, Motorola Razr users are promised unlimited and free storage, in what is an option provided by Google Photos.

The original Motorola RAZR V3 was launched in 2004. It had an unusual design for that moment, with two color screens and a keyboard made of a single piece of metal, with electroluminescent backlight. Of that model, 130 million units were sold, and in 2006 Forbes magazine called it one of the most iconic cell phones in the world.