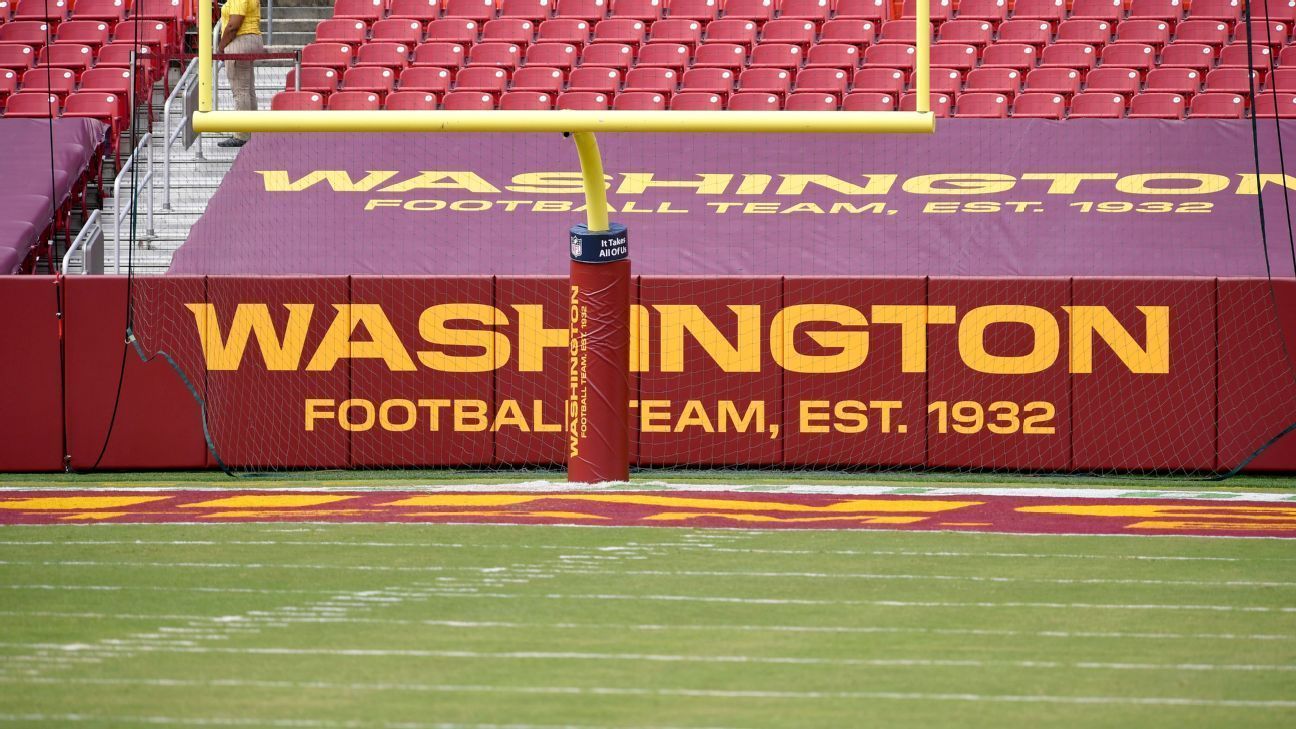 As part of a series of changes to the franchise, owner Dan Snyder will step down from taking care of the day-to-day affairs of the team.

The NFL has fined the Washington Football Team $ 10 million as a result of the league’s investigation of the team’s workplace culture.

The money “will be used to support organizations committed to character education, fighting bullying, healthy relationships and related issues,” according to the league.

It will be a 10 million dollar fine for the Washington team, after the NFL investigation. Icon Sportwire

Additionally, Tanya Snyder, who was named as the team’s co-CEO this week, will take over the daily duties and represent the franchise at league events for the next several months. Her husband, Dan Snyder, will focus “on a plan for a new stadium and other matters,” the NFL said.

All senior executives, including the Snyders, will take part in a workplace behavior training course, covering topics such as bullying, diversity, and inclusion, LGBTQ issues, micro-aggression and unconscious bias.

“I have learned a lot in the last few months about how my club operated, and the kind of workplace we had. Now it is clear that the culture was not what it should be, but I did not realize the seriousness of the problems, nor in my role in allowing that culture to develop and continue. I know that as the owner, I am ultimately responsible for the workplace. I have said it before and I say it again, “Dan Snyder said in a statement.

“I feel great remorse for the people who had difficult, even traumatic experiences, working here. I am truly sorry for it. I cannot turn back the clock, but I promise that no one who works here will ever have to experience this again, at least not as long as Tanya and I own this team. “

The team had been under an independent investigation, led by attorney Beth Wilkinson, since July 2020, stemming from a number of allegations of sexual harassment by former employees over a 15-year period that was detailed last summer by The Washington Post.

Wilkinson interviewed more than 150 people, most of whom were current or former employees of the organization, and many of whom received anonymity. Dan Snyder had released those who spoke to Wilkinson of any confidentiality agreements they had signed with the organization.

NFL Commissioner Roger Goodell “concluded that, for many years, the Washington Football Team workplace environment, both generally and particularly for women, was very unprofessional. Harassment and intimidation frequently they happened and many described the culture as one of fear, and numerous female employees reported experiencing sexual harassment and widespread disrespect in the workplace, “the NFL said in its statement.

Dan Snyder promised to adopt the 10 recommendations that emerged as a result of the investigation to Washington. Getty Images

The league concluded that “Owners and senior managers paid little or no attention to these issues. In some instances, senior executives engaged in inappropriate behavior, too, including the use of demeaning language and public humiliation. This set the tone for the organization. , and led several key executives to believe that disrespectful behavior and some more serious incidents were acceptable in the workplace. “

Wilkinson made a series of 10 recommendations for the Washington franchise going forward:

1. Develop a formal protocol for reporting allegations of sexual harassment and inappropriate conduct;

4. Hire an outsider to provide regular training to all employees on bullying, sexual harassment, and other workplace conduct issues;

5. Increase the number of women and minority employees throughout the organization;

6. Implement a clear organizational structure with visible lines of authority;

8. Create a formal welcome process for new hires and a program of regular performance appraisals and exit interviews for departing employees.

9. Assign a human resources employee to the cheer squad or mixed dance group;

“I agree with the commissioner’s decisions on the matter, and I am committed to implementing the important recommendations of his investigation,” Dan Snyder said in his statement.

In February, the team struck a deal with its former cheerleaders, who appeared in lewd videos made without their knowledge during the 2008 and 2010 photo calendar sessions. The franchise announced that it had put its cheer show on hold on middle of his name and branding change, but the move was not tied to the investigation, multiple sources told ESPN’s John Keim.

The organization set out to improve its culture over the past year. Moves they made included hiring head coach Ron Rivera, Jason Wright as the first African-American team president, and Julie Donaldson as the senior vice president of media and the first woman to join an NFL club broadcast team. The league also said Petra Pope has replaced the cheer squad with an “inclusive, co-ed, diverse and athletic” dance team, and the team will no longer run schedules.

“Over the past 18 months, Dan and Tanya have recognized the need for change and have taken important steps to make the workplace a more dignified one for all employees, and those changes, if sustained and serve as a foundation, must enable the club to achieve its goal of having a world-class workplace. I truly appreciate your commitment to fully implementing each of the 10 recommendations, but the league must also ensure accountability for past deficiencies, and for meeting present and future commitments, “Goodell said in his statement