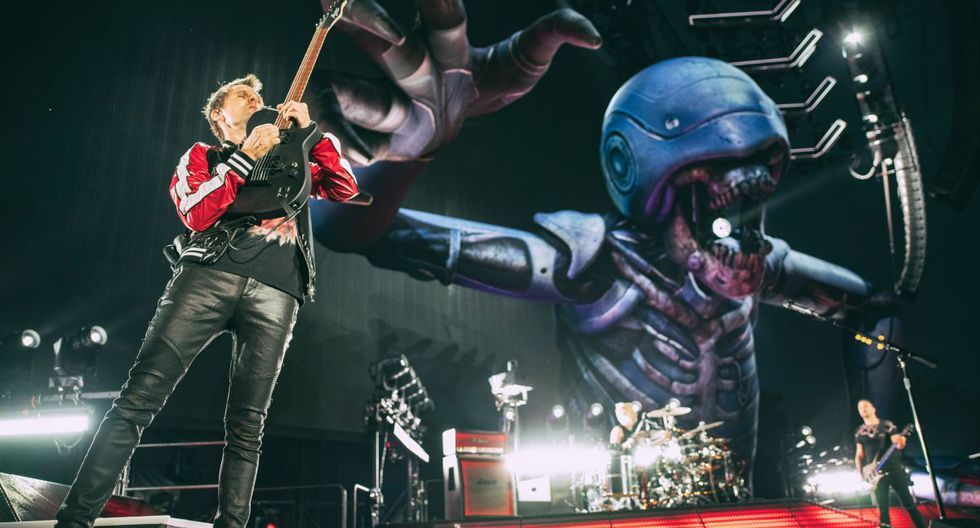 This October 15 the British band Muse will play in our country as part of their Simulation Theory World Tour, a tour that has taken them around the world in almost 60 concerts.

The Jockey Club of Peru will be the scene of the show that will be enjoyed by 20 thousand people. Here we tell you the reasons why you cannot miss the great concert of the year.

► Michael Stipe releases his first solo song after the dissolution of R.E.M.

1. It is the first time that Muse will play in our country

Although Muse is 25 years old, this will be the first time that the renowned group, made up of Matt Bellamy, Chris Wolstenholme and Dominic Howards, plays in Peruvian lands and this time they have spared no effort to make this an unforgettable night in Lima .

2. New successes and classics come together

The versatile British band is known for experimenting with various genres in each of their albums. In Simulation Theory, his latest album and the reason for his tour, Muse ventures into electronic rock and techno pop, creating a unique sound that traces listeners back to the 80s.

But Muse will not only play songs from his new album, but he will also perform some of his classics. In total, viewers should expect no less than 25 songs in the evening.

⇒ It should be noted that El Comercio subscribers will have a 20% discount on their tickets: Field A to S / .426 (Reg S / .532), Field B to S / .266 (Reg S / .332) and Tribune to S / .138 (Reg S / .172). In addition, members of the El Comercio Club will enter a raffle this October 11 for four golden tickets for the Muse concert that include entrance to the preferential zone and transfer to the Jockey Club, among other benefits. Interested parties can visit this website.

Muse has brought a very high level of production on the Simulation Theory World Tour and his concert in Lima will not be left behind.

The show will take place on a gigantic stage consisting of a long central walkway ending in a B-stage. In addition, there will be two lateral wings for the free movement of the band members and a large LED screen that will show different videos throughout the concert.

Muse will also be accompanied by supportive dancers, while the star of the show will be a gigantic alien skeleton that will stand out on stage, making the concert not only a spectacle for the ears, but also for the view.

4. It is also the first time that Kaiser Chief has arrived in our capital

The concert on Tuesday 15 will have a surprise for the followers of the British indie, as the band Kaiser Chief, authors of "Rudy" and "I Predict a Riot", will open the night in what will be their first show in Lima.

With two decades of experience, the group consisting of Ricky Wilson, Andrew White, Simon Rix, Nick Baines and Vijay Mistry will take the opportunity to present songs from their new album "Duck".

5. Lima is the last stop

If you need one more reason to participate go to the concert, it should be noted that Lima will be the last stop of the tour that began on February 22 in Houston and has taken Muse to 25 countries. That is, this will be your last chance to experience this show in person.

⇒ Subscribe to El Comercio and enjoy a 20% discount on the Simulation Theory World Tour. SUBSCRIBE HERE. More information of the benefit in clubelcomercio.pe