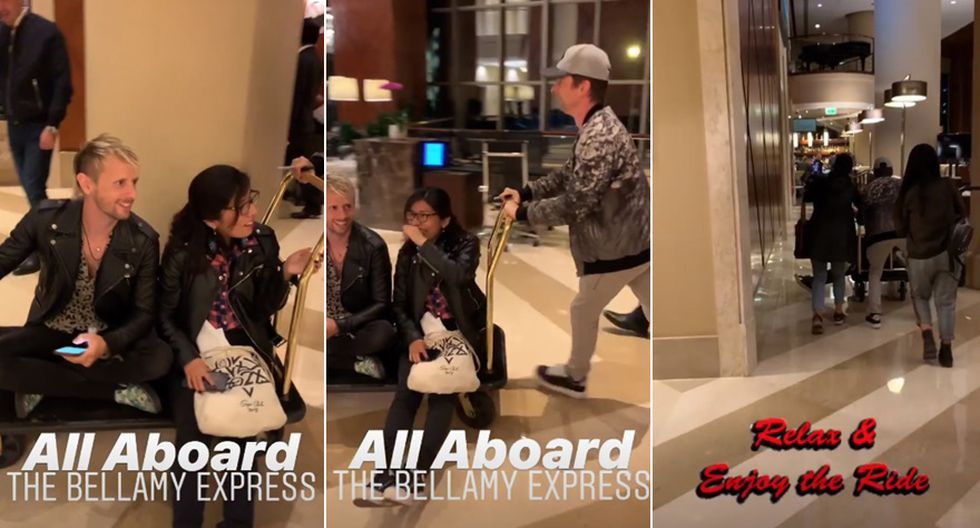 Muse, the British mega band that will debut on Peruvian stages on Tuesday, arrived Monday night in Lima on a flight from Santiago de Chile.

On board a private plane and in the company of relatives, the members of Muse immediately moved to the Miraflores hotel where they will be staying. There, a group of fans waited for them, and they would be surprised by the good gesture the British had when they saw them.

►Muse in Lima: 5 reasons not to miss the show of the year

►Muse in Lima: a look at the amazing show they will present in their debut in the city | PHOTOS

Matt Bellamy, Muse's vocalist, took the car in which he was moving his luggage and began to "walk" a fan, who was escorted by drummer Dominic Howards.

The group shared the moment in their Instagram stories:

Muse appeared on October 13 in the Athletic Track of the National Stadium of Chile before 14 thousand people. This was the fourth time of the band in Chilean lands.

The British band is known for experimenting with various genres in each of their albums. In Simulation Theory, his latest album and the reason for his tour, Muse ventures into electronic rock and techno pop, creating a unique sound that traces listeners back to the 1980s.

The concert on Tuesday 15 will have a surprise for the followers of the British indie, as the band Kaiser Chief, authors of “Ruby” and “I Predict a Riot”, will open the night in what will be their first show in Lima.