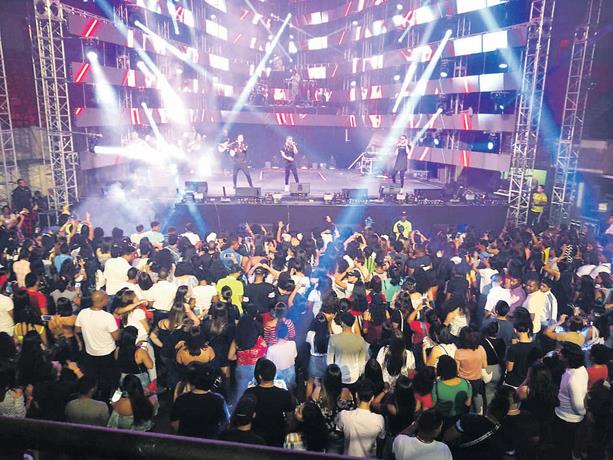 Although many doubted that the urban music group, Los Blanquitos, would perform at the Carlos Teo Cruz Boxing Coliseum, as part of their “Sin S Tour” tour, it was a fact.

Last Saturday and under the production of René Brea, the youth group managed to convene a legion of followers, including girls, teenagers and young people who enjoyed the repertoire of this group. The concert had technical elements that helped to give the proposal a better show.

More than two hundred mobile lights and one hundred led panels, made the stage a setting that added much value to a show that dazzled those present.

Lo Blanquito's special guests were, Manny Cruz, Dr Fadul, Bulova, Crazy Design, Mark B and Sergio Echenique, who received cheers as each of them went on stage.

The songs were chanted by a fanatic who proved to be faithful to this youth group, who had to show if the “boys bands” are still in force.

A band gave support to the young people, under the direction of Alfio Lora, who was also in charge of the keyboards, while Jean Pimentel was on drums, Ernesto Núñez on bass, Ángel Cuerdas on guitar and Raúl Sheppard on percussion.

Lo Blanquito showed that they are a youth band that the public enjoys, especially teenagers.