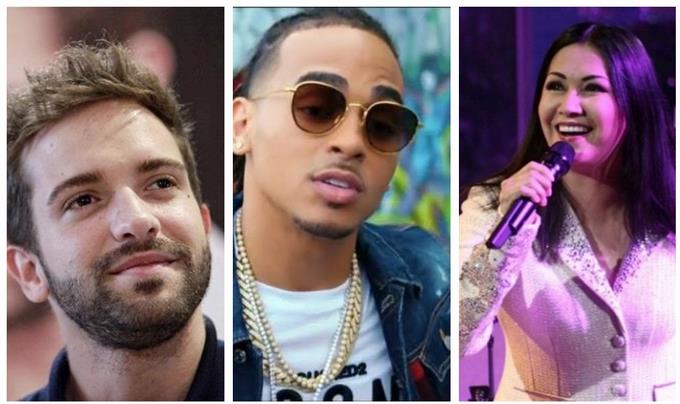 The Puerto Rican reggaeton Ozuna, the Mexican singer-songwriter Ana Gabriel and the Spanish Pablo Alborán are part of the billboard of the next Viña del Mar Festival, which will be held in that Chilean resort from February 23 to 28 next year, organizers said Tuesday .

The mayor of Viña del Mar, Virgina Reginato, announced these three artists for the 61st edition of the music festival, in which Puerto Rican Martin and Chilean Mon Laferte were already confirmed.

Ozuna, one of the leaders of the new generation of Latin music artists, will debut in February on the prestigious stage of Quinta Vergara.

The artist has nine nominations at the Latin American Music Awards, which will be delivered in the city of Los Angeles (California, USA) on October 17.

The Mexican Ana Gabriel will return to the Viña Festival six years after her last performance in the contest, in which she was one of the most applauded artists by the Chilean public.

Popularly known as "La diva de América", Gabriel, 63, has more than four decades of musical career and is the author of hits such as "Who like you", "Luna" and "Obsession".

Pablo Alborán, meanwhile, will perform for the third time in Quinta Vergara before an audience that feels weakness for the romanticism of the songs of the Spanish artist.

Alborán premiered in the contest in 2013 as a promise of the ballad in Spanish, although in 2020 it will arrive as a proven artist in Spain and Latin America.

The mayor of Viña del Mar did not confirm the presence at the festival of the Californian band Maroon 5, which the newspaper La Tercera took for granted in its edition this Tuesday.

"It's not ruled out, but it's not confirmed either," Reginato said of a performance that, if confirmed, would be the highlight of the festival.